HomePoliticsInternationalThe Russians Love Their Children Too 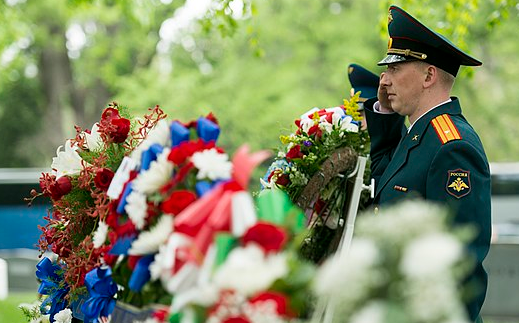 This first appeared in Frank’s blog on February 7, 2022, as “Russians.” It is republished here with the author’s permission.

from the song “Russians” by Sting

Every day I read something about the Russians and their “imminent” invasion of Ukraine. The news stories remind me of the Cold War days when I was an Army captain in West Germany. Back then, it felt like the hated Reds would blast through the Fulda Gap at any moment. Our unit was always on alert, which actually meant we were never really on alert. It was impossible to maintain a constant state of readiness. Eventually, everybody slid into an “eat, drink, and merry, for tomorrow we die” attitude. It was kind of schizophrenic. We knew that we could be at war on any given day, but somehow, we never believed it would happen.

I was deployed in West Germany in the early 1980s. Many years after I left the Army, I met a man at a party who was from Ukraine. Vladimir was with me at a gathering of Zen Buddhists. No good reason for both of us to be there, other than some very weird karma. Vladimir and I struck up a conversation, and I found out that he had served in the Soviet Army in the late 1980s. He had been stationed with an Air Defense Artillery unit in East Germany. We had a long talk about the bad old days. I told him about how I flew helicopters, and he told me about how he was trained to shoot them down. We had never faced each other across the Iron Curtain, but we had been on opposing teams.

That was the first and only time that I ever spoke with one of the “enemy.” When I was in the Army, we never thought of the Soviets as “people.” They were always the OPFOR, or the Reds, or Ivan. It did not occur to any of us that the guys on the other side of the fence were, well, just guys. After I met Vladimir, it dawned on me that he was a lot like me. If the balloon had gone up back in the ’80s, we would never have had our discussion. One or both of us would have been dead.

It might be worthwhile to consider the fact the Russian soldiers are, in many ways, just like Ukrainians, or just like us. They have wives and parents and siblings. They have hopes and fears similar to our own.

The Russians love their children too.