HomePoliticsInternationalIt’s Time for a New Approach with North Korea 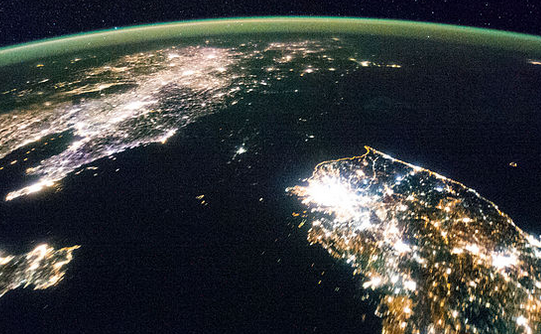 “North Korea is going to get away with keeping its nuclear weapons.” -John Bolton

North Korea has once again pulled a page from its old playbook in brinkmanship, conducting a series of missile tests designed to snatch attention away from the escalating conflict between Russia and the West over Ukraine and bait the U.S. back to the negotiating table. In what has been perhaps the most provocative launch since 2017, the DPRK tested a long-range ballistic missile, reaching a maximum altitude of 1,242 miles and traveling 497 miles before landing in the sea. This test was North Korea’s seventh launch in the month of January, once again demonstrating that it possesses the capability not only to strike U.S. allies in the region but also has the potential to strike deep into the American homeland.

In a predictable pattern, the DPRK has staged this latest missile launch to gain international attention, force the U.S. to recognize its position as a nuclear-armed, ballistic missile-capable power, and goad the U.S. to interact with the Hermit Kingdom. In an equally predictable response, the U.S. will condemn DPRK’s action, consult with regional allies and maintain a consistent and unimaginative continuation of its existing containment policies.

As for current U.S. policy, the U.S. remains committed to a stable, peaceful Korean Peninsula and maintains strong solidarity with the Republic of Korea, Japan, and other states with a vested interest in the future of the Korean Peninsula. The U.S. continues to attempt to engage the DPRK in negotiations on denuclearization and to persuade it to honor its commitments and international obligations. At the same time, the U.S. has worked to ensure the implementation of international sanctions to stem the DPRK’s nuclear, missile, and proliferation networks with little success. Slowing the DPRK’s nuclear and ballistic missile programs and its involvement in other illicit activities; supporting any future dialogue for reunification under a timetable commensurate with the aspirations of the South Korean people and providing humanitarian assistance to alleviate the suffering of the North Korean people remain consistent U.S. goals.

Conversely, the DPRK’s actions have consistently endangered peace and stability through calculated provocations. The most recent missile launches are just the latest in a litany of incitements, provocations, and attacks designed to achieve DPRK’s goals. The decision to attack the South Korean corvette Cheonan in March 2011, the shelling of Yeonpyong Island, and the destruction of the inter-Korean Liaison Office are but a few of the examples in the recent history of the DPRK’s unswerving disregard for the U.S. and the international community. The much-heralded meetings between President Donald Trump and Kim Jong-un yielded little in the suspension of DPRK’s nuclear weapons tests and uranium enrichment and these most recent missile tests substantiate the DPRK’s advancement of its ballistic missile program. Future missile launches and even subsequent nuclear tests are likely and consistent with DPRK’s policy of conducting provocative events in tandem.

Amid speculation over whether the regime will eventually collapse, the fact remains, the DPRK has survived more than 30 years since the fall of the Soviet Union and regime survival remains its principal objective.

Over the last two decades, the U.S. policy toward DPRK has been based on the principle of “strategic patience.” The U.S. tactic has been characterized by deterrence of aggression through a strong military presence in the Republic of Korea, cooperation with regional allies, and dialogue with China to persuade and influence the DPRK.  At the same time, the U.S. has exerted economic pressure, applied through unilateral and United Nations Security Council-mandated sanctions to attempt to force compliance from North Korea. Furthermore, U.S. attempts at dialogue and negotiations have led only to the DPRK’s continued defiance.

Under the current policy approach, the U.S. finds itself continually in reaction mode to events dictated by Pyongyang. U.S strategic patience has evolved into strategic predictability which the DPRK effectively exploits. Given the lackluster performance of current U.S. policies toward the DPRK, perhaps a more innovative, comprehensive, and visionary approach is needed.

A new U.S. effort is essential, one centered on an indirect approach of “calculated ambiguity.” No longer will the U.S. act and react in a fashion commensurate with Pyongyang’s calculus. This new U.S. approach will require sophistication and be both dynamic and subtle, but inherently unpredictable. This new method will require a careful, and well-orchestrated, whole of government approach. The goal of this approach is to limit Pyongyang’s freedom of action by creating permanent uncertainty of U.S. intentions, keeping the DPRK perpetually off-balance diplomatically, militarily, and economically. This approach seeks to modify the DPRK’s behavior without necessarily producing regime collapse. Rather, calculated ambiguity is a continuous “constrict and release” approach, using timing and means orchestrated by the U.S. in order to shape DPRK’s actions.

For example, U.S. diplomatic efforts will focus on recognition of the sovereignty of the DPRK, acknowledgment of its ambitions, and pursue engagement efforts in such a manner as to encourage inclusion in the international community. No strings attached to humanitarian assistance can be offered. Concurrently, U.S. military actions will include the episodic posturing of formidable U.S. military strike capabilities within the region, capable of “regime decapitation” followed by periodic “show of force” exercises. A synchronized informational campaign will seek to overtly reassure DPRK leadership, while covertly conducting operations to gradually influence the North Korean people. An easing of selected economic sanctions coupled with targeted pressure on certain key economic and financial mechanisms complete the approach. The desired effect… a seemingly uncoordinated and erratic U.S. “carrot and stick” approach that by design, keeps Pyongyang indecisive and hesitant.

Of course, this strategy is not easy and not without risks. The calculated ambiguity approach will require close coordination with U.S. regional allies and must carefully demonstrate to China that a change in DPRK behavior, including suspension of further nuclear and missile programs, complying with international law, and ceasing reckless provocation, is of mutual benefit to all.

Currently, the DPRK’s actions are calculated based on predictable U.S. policy responses. The DPRK test-fires missiles, the U.S. reacts in a prescribed and conventional manner. The U.S. should shed the preconceived notions that it is impossible to implement ingenious, successful policy approaches and regain the strategic initiative when dealing with the DPRK. Sending mixed signals through a calculated ambiguity policy is stealing a page from Pyongyang’s own playbook. Unpredictability will require the DPRK to continuously reevaluate its plans which may prove arduous and ultimately lead to some measure of accommodation and compliance.

The U.S. has only to gain from attempting a new approach to the challenges presented by the DPRK.  The policies of the past have yielded little, they have not stopped the DPRK from acquiring nuclear weapons nor prevented them from developing the capability to launch them at the U.S.

The continued pursuit of policies that seek to force the DPRK to relinquish its nuclear weapons is not only unrealistic but also foolhardy. There is a finite window of opportunity now to implement new and innovative approaches to achieve U.S. policy goals on the Korean peninsula that shape the strategic environment in a favorable and advantageous way. Creating conditions that give the U.S. perpetual strategic initiative and advantage over the DPRK and its behavior is the new measure of success.

North & South Korea at night. Flying over East Asia, an Expedition 38 crew member on the International Space Station took this night image of the Korean Peninsula.