HomePoliticsInternationalAttack in the Donbas: Putin’s Waterloo? 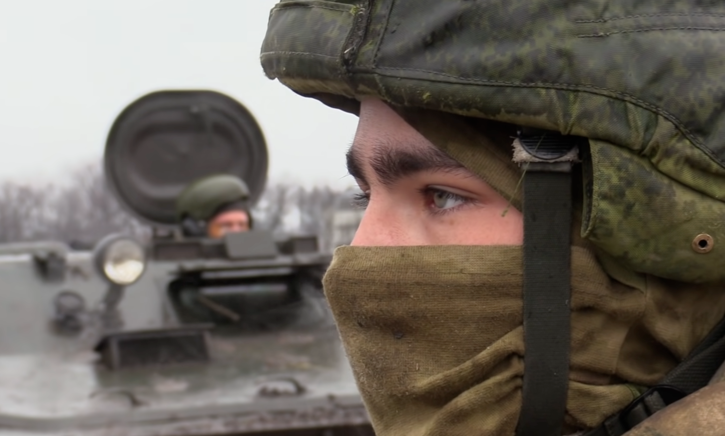 Destruction by Russian forces in Ukraine

“Everything is very simple in war, but the simplest thing is difficult”

After a failed attempt to take control of Ukraine with an assault on its capital, Russian forces have retreated across the border, thwarted by fierce resistance from the Ukrainian military and its people. In its wake, the Russian military left behind destruction and committed atrocities indicative of an army suffering from a complete breakdown in leadership and discipline. More a rabble than an organized military conducting a tactical withdrawal, the Russian forces demonstrated that they are poorly trained, largely undisciplined, lacking motivation and tactical leadership capable of effective operations. Indeed, if the Russian military’s performance to date is a bellwether of its future operations, the predicted attack on the Donbas will culminate in perhaps one of the most decisive defeats in the history of warfare.

Fortunately for Ukraine, Russian military planners have neglected Operational Art and its implementation in the development of effective campaign planning. Perhaps Russian planners are stymied by top-down direction from President Vladimir Putin, in much the same way Adolf Hitler spurred his generals into actions that led to major defeats on the Eastern Front during World War Two. More likely, however, Russian military planners and senior leaders are ill-equipped to plan and conduct large-scale conventional military operations of which they have no significant experience. Russian operations in Chechnya, Georgia, and Syria are inconsequential in terms of preparing Russian forces and leaders for the conventional, high-intensity military operations they now face. Indeed, those previous experiences may have leveraged the exact opposite lessons, drawing incorrect conclusions on the nature of conventional war, as evidenced by the lack of Russian logistical planning in the initial phases of the conflict.

The Russian military of today is not the Red Army of the past and its deficiencies in Operational Art are institutional not situational. Operational Art is defined as a concept dealing with the direction of military forces in conceiving and executing operations to attain strategic objectives. Operational Art forms a bridge between determining the political aims of a war (ends) and fighting the battles (ways and means.) It forms the basis on how to frame a problem set and how to achieve the objectives.  Operational Art involves creating agile leaders at all levels capable of framing complex problems, it is critical in developing balanced capabilities and forces that have inherent versatility. Thus far, Russian military operations in Ukraine have shown a remarkable lack of Operational Art and no amount of regrouping, refitting, and refurbishing of the current Russian forces will alleviate its major problems and planning shortfalls.

In what analysts see as the most likely course of action, Russian forces are expected to mass for a push southeast from Izium to Sloviansk to cut off and isolate Ukraine forces in a “Donbas Pocket.”  Russia’s ability to seize Sloviansk is seen as a key test of whether they can succeed in capturing all of the Donbas region. In an unimaginative and brutish approach, Russian military planners will likely mass men, tanks, and aircraft and hurl them, in wave assaults, against Ukrainian defenses in the hopes of overwhelming the defenders while at the same time, rubble cities to inflict terror upon Ukrainian civilians. The application of mass armor and artillery, supported by tactical air support is a page right out of the old Warsaw Pact playbook. But whether these obsolete tactics will achieve their intended goals remains questionable and more than not, unlikely.

The problems confronting the Russian forces, from the tactical to the strategic, are infinitely more complex and require leaders trained not on what to think, but on how to understand the complexity of the problem itself. Russia has demonstrated that it has not created a cadre of tactical or operational leaders capable of that type of analysis.

Russian forces, which have already been repulsed and demoralized in defeat, are about to throw themselves into offensive operations against arguably the best and most battle-hardened Ukrainian forces, in well prepared and well-coordinated defensive positions. Armed with advanced Western anti-armor and anti-aircraft weapons, Ukrainian defenses are even more formidable. That, coupled with the seared memories of the atrocities committed in places like Bucha, Ukrainian forces will fight with zealot-like fury. The Russian forces will require at least a three to one, more likely a five to one, advantage in men, armor, and artillery in the offense to have some modicum of success. Even if Russian military planners can muster such a force, no amount of thrashing can force unmotivated, ill-trained, and ineptly led forces to victory.

The sheer weight of the coming Russian assault may achieve some limited tactical success, but it is unlikely to achieve operational, much less strategic gains for Russia. The Russian forces will be mauled and mangled in a brutal assault on prepared defenses and in hellish urban fighting. Again, Russian military planners seem to have forgotten the operational lessons from the Second World War, where Red Army defenders ground down the vaunted Wehrmacht in defensive battles and urban fighting until they could regain the initiative and counterattack. Sieges of their cities like Stalingrad and Leningrad bled the Germans white. Hopefully, the upcoming battles for Sloviansk and Rubizhne prove just as disastrous for the Russians.

Operationally, the Donbas offensive, if successful, will achieve two main objectives, it will link up Russian forces moving from the north with Russian-backed separatist units in the Donbas. Second, it would force the Ukrainians to withdraw from the “Donbas Pocket” and reestablish defenses further west, conceding control of the Luhansk and Donetsk regions to the Russians. Strategically, this outcome would effectively partition off a portion of eastern Ukraine and allow Putin to declare a victory and establish a buffer zone within the east. But given the current state of Russian forces and with recent Russian leadership, achieving such a decisive outcome is a very tall order.

Much is at stake in this gambit, and thus far Putin’s gamble has yielded little. As the Russian military seeks to prepare for an offensive in the Donbas, like a man walking backward, it is unable to see the road ahead, only observe the aftermath of the path just traversed, and that road is strewn with the wreckage of its foremost front-line units. The upcoming phase in this conflict could be decisive, hopefully, it results in a major strategic defeat for Russia. The more likely outcome however will be inconclusive. Russian forces will achieve little and at great cost in men and material, but Ukraine unfortunately will be unable to inflict so heavy a price as to dissuade Putin from continuing his flawed and senseless campaign.