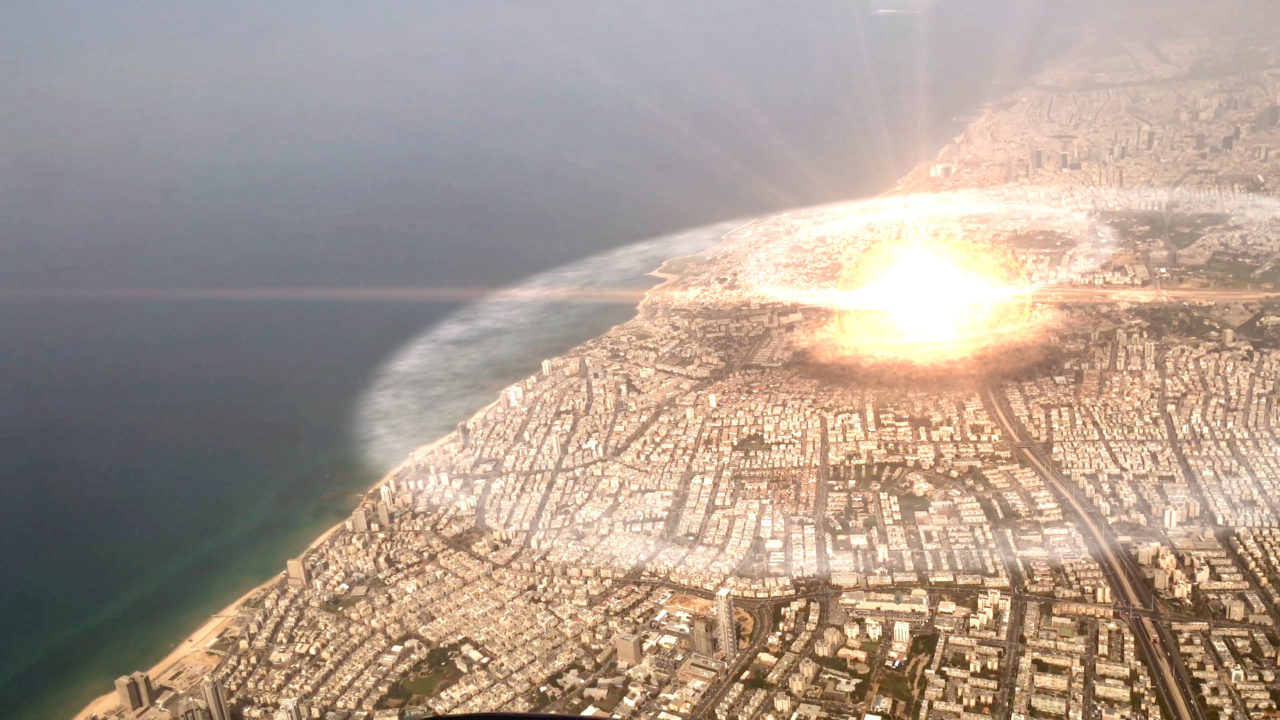 I initially wrote the following article as a hypothetical opening statement before the House Homeland Security Committee and is the foundation for a future conference presentation. It briefly analyzes the security threat of weapons of mass destruction (WMDs) and how to prevent attacks on public infrastructure by homegrown violent extremists. The research assessed the probability of a chemical, biological, radiological, or nuclear terrorism incident and further assessed its effectiveness by examining past case studies of similar events. The intent is to provide recommendations so the U.S. can more accurately manage risks and implement a policy that addresses both critical infrastructure security related explicitly to CBRN (chemical, biological, radiological, and nuclear) and WMD threats and the threats posed by homegrown violent extremists.

A few definitions will provide better clarity on the subjects addressed in the article. First, the FBI defines violent extremism as the “encouraging, condoning, justifying, or supporting the commission of a violent act to achieve political, ideological, religious, social, or economic goals.” The homegrown component indicates a domestically radicalized individual or group; the article will refer to these people and groups as HVEs going forward (Homegrown Violent Extremist).

Second, the FBI and DOJ similarly define terrorism as “the unlawful use of force and violence against persons or property to intimidate or coerce a government, the civilian population, or any segment thereof, in furtherance of political or social objectives.”

Third, the DHS defines critical infrastructure as the physical and cyber systems and assets that are so vital to the United States that their incapacity or destruction would debilitatingly impact our physical or economic security or public health or safety. These critical infrastructure sectors include chemical, commercial facilities, communications, critical manufacturing, dams, defense industrial base, emergency services, energy, financial services, food and agriculture, government services, healthcare and public health, information technology, nuclear, transportation, and water systems. Finally, WMDs will not be spoken of in terms of actual weapons systems but instead delivery methods for CBRN agents.

Despite what Hollywood would have you believe, the risk of a terrorist organization or lone wolf extremist obtaining and using an actual WMD is one of high-risk but low probability. This risk is especially true of a nuclear device, and technical capabilities, access, and resources generally limit violent extremists’ ability to employ them. Therefore, for the sake of brevity, I will avoid discussing risks and recommendations related to improvised nuclear devices unless directly asked about it by a committee member because of the extremely low likelihood of encountering such a threat. However, the risk of an extremist group or individual causing an alternative CBRN event is significantly more likely. Therefore, it will be the focus of my testimony in terms of WMDs.

Chemical threats are by far the most likely because it is most accessible in large quantities and requires the least amount of technical ability and resources to deploy effectively. According to a 2010 study by the Harvard Kennedy School, hundreds of thousands of gallons of toxic chemicals such as chlorine and anhydrous ammonia are transported by rail daily. They are dangerously vulnerable to acts of sabotage and terrorism.

A train derailment similar to the 2005 incident in Graniteville, SC but in a more densely populated area could potentially kill over a hundred thousand people, as could an intentional release from a chemical facility, as was demonstrated by the Bhopal, India accident in 1984. The 1995 Aum Shinrikyo Tokyo subway sarin gas attack likewise revealed that hundreds could be injured or killed in a similar attack with a more effective delivery system. The risk posed by an HVE successfully perpetrating either type of attack is very high, and the opportunity for interdiction is minimal without identifying prior warning indicators.

The COVID-19 pandemic has both exposed and closed vulnerabilities to bioterrorism but has not reduced the overall risk. Mask wearing, increased sanitization, and social distancing has significantly reduced the number of vectors to spread human and zoonotic pathogens but not food contamination or the deployment of biological toxins such as ricin or botulinum. The use of a weaponized variant of Anthrax such as in the 2001 Amerithrax case by an HVE is pretty low, as stated by the Potomac Institute for Policy Studies in a 2016 study, but does not discount other more feasible methods of bioterrorism to be employed by HVEs.

The recent attempt to mail letters containing ricin by Pascale Ferrier to President Trump does demonstrate the potential for even a low-skilled HVE to sicken or kill a large number of people with easily obtainable biological agents. The poisoning of many people through food contamination using salmonella cultures during the 1984 Rajneeshee bioterror attack in Oregon exposed this vulnerability. Additionally, increasing instances of food tampering by food service workers compounds this bioterrorism threat from an HVE. Finally, agroterrorism could significantly impact livestock, crop yields, and national food supply, as has been seen in cases of COVID outbreaks in food processing facilities in recent months.

Radiological threats are the least likely but potentially the most impactful, not just in the number of casualties inflicted but also psychologically. One can find radiological materials in countless medical, industrial, and agricultural equipment, which all pose a risk of use in constructing a Radiation Dispersal Device (RDD or dirty bomb) or Radiation Exposure Device (RED). According to the Center for Strategic and International Studies, Alpha and Beta particles are more effective for the former, and Gamma radiation and X-rays are better suited for the latter.

The Goiânia, Brazil incident in 1987 showed how quickly massive radiological contamination could occur due to improper disposal of source material and the psychological impact of this kind of event. Most radioactive materials have a half-life of hundreds if not thousands of years and an ingrained, irrational public fear of anything radiological or nuclear. Thus, people would likely avoid an area contaminated by an RDD or RED for years beyond when it was deemed safe by health and safety officials. Similarly, the “worried well” of people who believed they were exposed or experiencing signs of radiation sickness would likely overwhelm healthcare facilities, in addition to creating an environment for unintentional contamination or exposure. Radiological materials, specifically Alpha and Beta particles, agroterrorism could equally have a long-lasting physical and psychological effect on the population.

Finally, the threat of HVEs is growing every day as the U.S. is becoming more ideologically divided and political violence more commonplace. Radical groups and fringe elements of social justice movements such as Antifa, BLM, and the Boogaloo Bois are cultivating the perfect environment to produce HVEs capable of attacking the U.S.’s critical infrastructure in the act of CBRN terrorism. The neoteric ideological extremist movements are more likely to have individuals with the knowledge, access, and resources to conduct a CBRN attack like the ones I outlined earlier, which has been a limiting factor for most foreign terrorist organizations.

The 2011 arrest of Khalid Aldawsari for his attempted construction of a chemical weapon to be used in a terrorist act in Lubbock, TX, gives further credence to this assertion. Other examples as threats posed by HVEs to U.S. critical infrastructure were the attack on the Congressional baseball practice in 2017 and the ongoing assaults on federal facilities and police precincts nationwide.

In closing, the article addressed both the growing threat of CBRN terrorism and the rise of homegrown violent extremism. Based on the assessments mentioned above, here are the three primary recommendations to begin adequate prevention, protection, and mitigation strategies from domestic HVE WMD terrorism.

First, the U.S. must set better protections for vulnerable critical infrastructures such as chemical facilities, rail lines in populated areas, and the food supply; this should include improved cyber-security and insider threat programs. Second, legislative bodies should enact additional provisions for identifying and reporting procurement of precursor materials needed for CBRN agents and devices, not just improvised explosive devices. Third, countering violent extremism programs and outreach should begin branching out from the current at-risk subnational identity communities.

This strategy should more actively include other ideological and racial groups where law enforcement and the Intelligence Community are witnessing rising cases of radicalization and politically or racially motivated violence. Finally, we must acknowledge that these threats exist. The U.S.’s critical infrastructure assets are currently vulnerable to HVEs, and it must adapt its physical and personnel security programs accordingly in the prevention, protection, mitigation, response, and recovery to CBRN terrorism, as well as how we identify, interdict, and prosecute HVEs.

This first appeared in The Havok Journal on August 27, 2021.