HomeCultureJihadis, Poetry, and the Ongoing Bromance of ISIL: Are We Sending The Right Message? 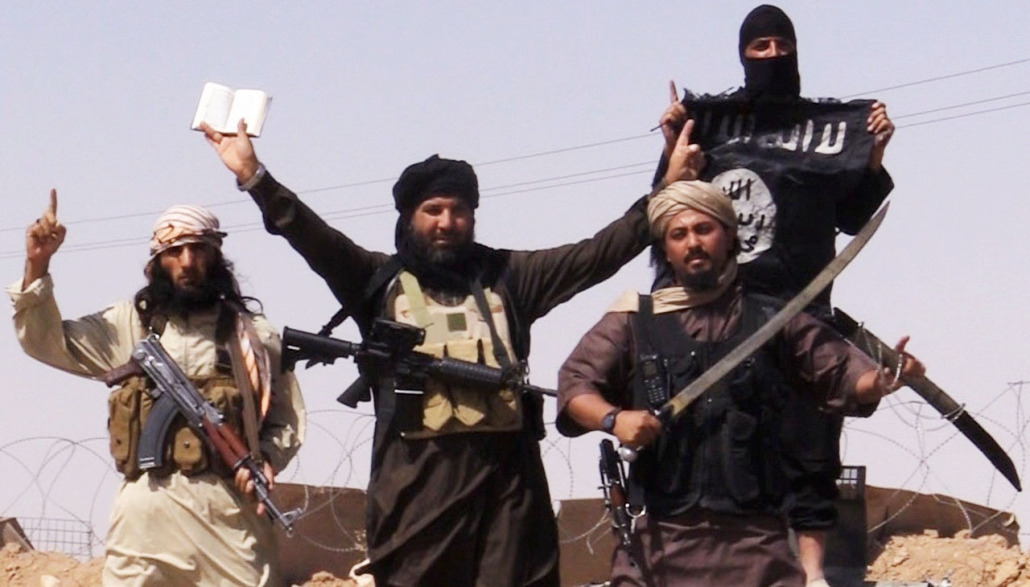 Poetry exists for three types of people: romantics, pacifists, and . . . jihadis?  According to a New Yorker article hot off the press ad well as documents recovered from the daring raid to kill Usama Bin Laden in May 2011, poetry is highlighted as an important aspect of their culture and should be considered an essential element of ISIL’s operating environment overseas.  In the article, Princeton Professor Bernard Haykel and co-author Robyn Creswell highlight poetry over viral beheading videos and non-stop Twitter messages as the heart of jihadism.[1]

Their thesis is that poetry is a part of their culture that must be understood if we want to see the world through the lens of the jihadist.  Key points they tease out of this article include poetry as a form of communication that has been a part of the Arab culture well before Muhammad and the Koran.  It’s been around for thousands of years, and despite changes in science, technology, and the medium with which we communicate, it remains at the forefront of their social lives, and is even a part of their pop culture.[2]

Poetry is how the jihadis strategically communicate.  A large part of Usama Bin Laden’s rise to prominence rests with “his mastery of classical eloquence.”[3]  It is how jihadists inspire new recruits, promise foreigners a better life, and memorialize their dead.  It is how they create a movement fostered on a “brotherhood” and bring together people of the same religion from across multiple continents.  Poetry is a tool jihadists use to portray their cause as innocent, just, and true.  It is how they paint their vision that inspires the current generation of disenfranchised Islamic youth and makes them see the greener grass in “utopias” such as the Islamic State’s capital of Raqqa, Syria.[4]

Poetry is how they denounce nationality, refuse to recognize nation-states as a legitimate governing body, and “promulgates a new political geography . . . [that] rejects the boundaries set by foreign powers and is, instead, organized around sites of militancy and Muslim suffering.”[5]  And most importantly, for lunatics like Abu Bakr al-Baghdadi, it is how the Caliphate of ISIL is painted as “a fantasy world of fluctuating borders where anything can happen, including the recapture of past glories.”[6]

So what should we as Americans and as members of the military draw out of this article?  Maybe we’ve been sending them the wrong message.  Perhaps, in light of this article and truths they draw out of the jihadist culture, it’s time to play to their passion.  Rather than littering Raqqa, as we recently have, with pamphlets full of cartoons and meat grinders to try to push disenfranchised Muslim youth or already hardened ISIL fighters away from the cause, we should engage them in dialogue they understand and inculcate.[7]  Suggesting that Uncle Sam should sit down and pen ISIL a poem to open up dialogue seems like a ridiculous stretch, but if we put this responsibility in the hands of those capable of crafting the right message, perhaps we can take this understanding of culture and use it to our advantage.

We can relate to and communicate with the youth of the region that is disenfranchised and looking for a place to “fit in” by countering the ISIL narrative.  The writers and jihadists of ISIL reaching out to foreign terrorist fighters and young Arab “outcasts” right now operate in a relatively uncontested domain on the battlefield: Information Operations.  ISIL is “casting themselves as poets, as cultural actors with deep roots in the Arab Islamic tradition, the militants are attempting to assuage their fears of not really belonging.”[8]

In large part, young Islamic men (and women) in the region, and across the globe, are inspired by the words of ISIL and see it as an opportunity to be a part of something bigger than themselves.  Obviously we speak a different language linguistically, but does that mean we have to send the wrong message logically?

It’s time to stop sitting on the sidelines of the information domain (which is supposed to be one of our four key national instruments of power) and get our side in the fight.  Based on their quality productions of poetry, beheading videos, and inspirational songs as necessary tools to incite recruitment and mass media attention worldwide, ISIL sees the information domain as one of, if not the main effort of their battlefield.  It’s how they recruit, gain popular support, inspire investors, and maintain relevancy in the 24 hour news cycle.

If we aren’t even involved in battling them inside this domain, we’re merely giving it away like a key piece of physical terrain such as the Mosul or Ramadi Dams.  In the wake of remembering D-Day and seeing how the United States managed to harness every aspect of our national creativity, economy, diplomatic, and military might to defeat Nazi Germany and Japan, perhaps we should follow the example of the “greatest generation.”

If we don’t want to give the military the authorities it needs to carry out such a task, perhaps we ask others to get some skin in the game.  If Walt Disney could broadcast anti-Nazi propaganda via Donald Duck cartoons in movie theaters, surely there’s a “starving artist” on the streets of America or sitting in a Starbucks right now armed with a Mac Book and a creative mind ready to counter an enemy hell bent on inflicting fear worldwide and forcing others to submit to their cause.  Recent events such as ISIL gaining additional terrain in Syria and the fall of Ramadi in Iraq, suggest the Islamic State isn’t getting any weaker, but rather gaining ground.

Some suggest that our current strategy against ISIL is ineffective and not having the desired effects.  Perhaps we should augment our message with the very prose that clearly communicates our intent through a way an Islamist instills their very own beliefs.  I’ll leave the level of detail between mediums of messaging (Twitter, Instagram, Facebook, radio and TV broadcasting) and the menu of capabilities that exist within our military’s Information Operations (strategic communication, public affairs, cyberspace operations (CO), military information support operations (MISO), and military deception) to the professionals.[9]

While I will not quit advocating for targeting key ISIL leaders with a heavy dosage of Hellfire missiles, prior to jumping up and down on podiums for “boots on the ground” I suggest we invade their unfettered information domain with young Whitmans and hashtags.  We must sow the seeds of discourse amongst their ranks, cast doubt amongst their fighters, and foment a feeling of failure and vulnerability by penetrating their fantasyland with healthy doses of prose spitting reality rather than hate.

If the pen really is mightier than the sword on an ISIL beheading video, as this New Yorker article suggests, what have we got to lose by giving a No. 2 pencil a shot?

This article first appeared in The Havok Journal on 8 June 2015.