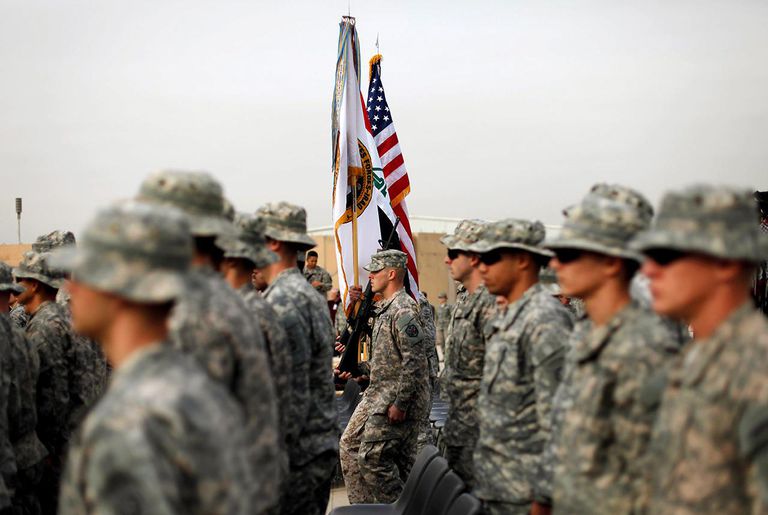 This piece was written at the beginning of 2017. Are we seeing much change with the current administration?

Over the past nine years, the U.S. government squandered much of its credibility and standing in the world which provides it the capability to lead the advancement of worthy causes including democracy and universal rights.[1]  The Obama administration’s abdication of preponderance and indecisive leadership are driving factors contributing to the instability in the Middle East. 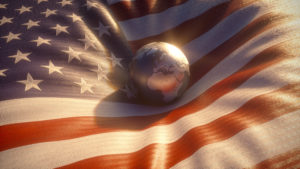 What matters more than how we perceive ourselves, is how others perceive us; not only in our rhetoric, but in our actions.

With Obama’s election came a great hope, not just in portions of the U.S. population, but within some international groups, including the Palestinians.  However, over time, he rarely backed up his rhetoric with action.  Even with marginalized populations like the Palestinians, Obama’s promise of change eventually lost its luster and disenfranchisement with American foreign policy grew.

The current administration’s unwillingness to accept America’s active leadership role in the Middle East dates back to what critics deemed President Obama’s “Apology Tour” in 2009 following his inauguration.[2]  In his speech given in Cairo in June, he called the Iraq War a “war of choice that provoked strong differences in my country and around the world.”[3]

Yet the U.S. stated strategic approach to our National Security Strategy crafted over the next year invoked support for an “international order advanced by U.S. leadership that promotes peace, security, and opportunity through strong cooperation to meet global challenges . . . [and] embrace America’s unique responsibility to promote international security.”[4]

The President did not portray this resolve in his speeches to the Middle East.  Instead, he sent mixed messages that America would gradually distance itself from its responsibility to support a struggling and fledgling democracy in Iraq.  He “made it clear to the Iraqi people that we pursue no bases, and no claim on their territory or resources.”[5]

In addition to his words, he withdrew all U.S. troops, tied to a timeline rather a conditions-based drawdown.  In doing so, rather than showing support, he indirectly sent a weak signal to other Arab states and regional enemies indicating a disengagement from the region and a “pivot” elsewhere. 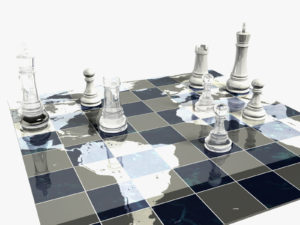 Likewise, soon after he made the announcement of the Afghan “surge,” he stated the U.S. would eventually pull all its troops out of Afghanistan, leaving a potential vacuum like the one we left in Iraq that opened the door to ISIL’s eventual invasion.  Despite this lesson, he made his intentions in the war-torn country clear by stating, “Make no mistake: we do not want to keep our troops in Afghanistan.  We seek no military bases there.

It is agonizing for America to lose our young men and women.  It is costly and politically difficult to continue this conflict.”[6]  U.S. leadership indicated a lack of resolve in our own global fight against terrorism.  Time and again, we have sat back and watched chaos exert its stranglehold on the Middle East, sewing distrust with our allies while emboldening adversaries like Russia, Iran, and their proxies.

Due to the foreign policy of the past eight years, and admittedly because of campaign rhetoric from the 2016 election cycle, there are many actions that must be taken to reaffirm our Arab allies in the Middle East and our closest ally in the region, Israel.  It is through the lens of others that our international relations thrive or fail.

Foreign policy is not put into action through speeches.  It is our perceived inaction, specifically in the Middle East since the Arab Spring in 2011 that facilitated the violence in the region to spread, not just to Iraq and Syria, but also due to our “lead from behind” strategy in countries like Libya and Yemen.

Our indecisive approach handling the Syrian crisis greatly contributed to an immense amount of human suffering and one of the largest immigration crises in recorded history.  This is compounded because of the administration’s lack of understanding of coercive diplomacy including fake “red lines” that erode our international credibility.  America’s willingness to allow ISIL to metastasize in Iraq and Syria is indicative of our inability to analyze credible threats and take decisive action.

On September 10th, 2014, months after the Islamic State seized large areas of territory in both Iraq and Syria, President Obama stated our counter-ISIL mission was to “degrade, and ultimately destroy ISIL through a comprehensive and sustained counterterrorism strategy.”[7]

Yet in June 2015, when prompted for what our current strategy was, the President, following a G7 meeting, admitted, “We don’t yet have a complete strategy.”[8]  The dire situation in the Middle East demands our resolve and willingness to be the leader the U.S. has been in the past, to assist in regional security, the spread of democracy, and keeping revisionist powers like Russia and Iran from playing the spoilers of U.S. efforts in places like Iraq, Syria, and Yemen.

The United States is ceding its influence over the Middle East, allowing others including Russia and Iranian proxies to flood the region with anti-democratic leadership and anti-western values which is completely antithetical to the National Security Strategy.

Fortunately, America is not on an irreversible path, but it must significantly alter its attitude, posture, and resolve, starting with an overhaul of our counter-ISIL strategy and addressing the Israeli-Palestinian Conflict.  Doing so will take a significant investment in diplomacy and reassuring our regional allies that their increased involvement will be fully supported by the U.S. and all its instruments of national power.

These actions should start with a Camp David Summit in 2017 that invites regional leaders to the U.S. to lay out a new strategic vision for the region.[9]  Our regional alliance must defeat the Islamic State, but that is only addressing an acute symptom to underlying factors of instability plaguing these countries.  America’s new leadership must acknowledge that this strategy will take decades and possibly even generations, and develop a roadmap and a vision for how to take on such a herculean effort.

Addressing the Israeli-Palestinian Conflict must be a cornerstone of the next administration’s strategy for defeating radical Islam and working closely with our allies to eliminate the root causes of instability within the region.

By brokering the “ultimate deal” and resolving the conflict between Israel and Palestine, salvaging a future two-state solution, and creating an oil spot of stability to emanate from Israel and its surrounding neighbors, including a Palestinian state, will be a key starting point to resolving the instability plaguing the Middle East.  While the recent UN resolution and the U.S. abstention is surely a setback in our long-standing relationship with our most trusted regional ally in Israel, it does not make addressing this conflict impossible.

Leading a multinational effort to resolve the Israeli-Palestinian conflict is not only a way to reestablish the United States as a leader in the Middle East, but also a way to reassure our allies in the region America needs to combat ISIL and address the root causes of instability that will persist for years to come.  The undoing of the past 8 years will surely take time, unfortunately this is exactly what adversaries like ISIL, Russia, and Iran are banking on.