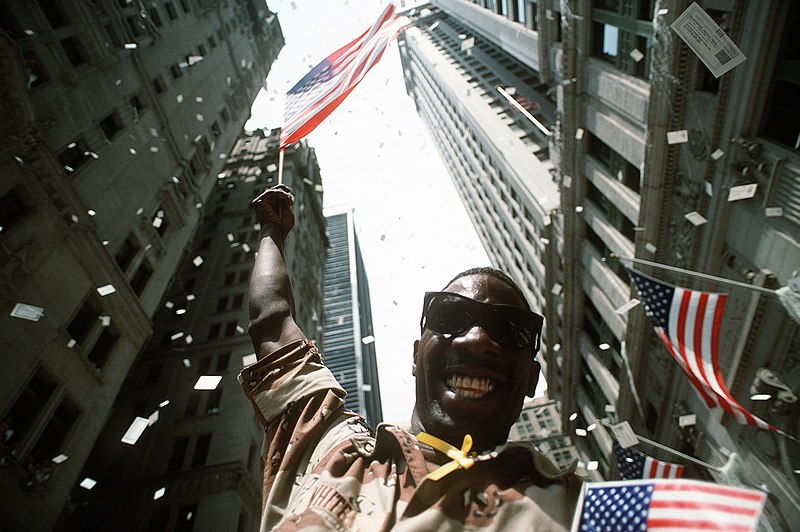 American culture is based on certain unquestioned assumptions. Some of these beliefs are so deeply embedded in our national psyche that we don’t even notice their existence. They are like the air we breathe, invisible and always there.

America is the home of a virulent strain of individualism. We don’t often think our ourselves as members of a larger community, and if we do, we see our fellowship in that group as in contrast to outsiders (“I’m not like those people.”). To quote the title of a Beatles song, we think in terms of “I, Me, Mine.” This is obvious in our politics. Was there any thought or mention of the common good during the recent House Speakership debacle? Or was it all about ego? Think about the fact that both anti-vaxxers and abortion rights advocates use the rallying cry of “my body, my choice!” We are taught from a very early age to look out for Number One.

Another almost universal assumption is that life is a ruthless competition with clearly defined winners and losers. Competition may be a common human characteristic, but Americans take it to an extreme. Our economic system is based on competition. It drives everything in corporate America. It is a zero-sum game, and my gain is somebody else’s loss. Capitalism has made our country rich, but it has also made us judgmental and callous. We often despise the poor. We subscribe to the myth that everyone can “win” if only they are smart enough and hardworking enough. The corollary to that idea is that if a person is a “loser”, struggling economically, it is their own damn fault. Sometimes that’s true, sometimes it’s not.

The relentless competition between individual Americans bleeds over into other parts of our lives. The culture in the U.S. military is based, by necessity, on fierce competition. It is life-or-death. I remember memorizing this quote from Douglas MacArthur when I was a cadet at West Point:

“On the fields of friendly strife are sown the seeds that on other days, on other fields will bear the fruits of victory.”

The phrase “friendly strife” strikes me as odd. Anybody who has watched a cadet boxing match, or a rugby game, would hesitate to call those competitions “friendly.”

Everything at West Point was about competition. Everything. It is true that teamwork was encouraged, but only as it served to produce more effective competition. I made good friends at West Point, and some of those friendships have lasted for more than four decades. However, the stone-cold truth is that we were always competing with each other. At the end of our time in school, the only thing that mattered was our class rank. That, and only that, determined the trajectory of our future in the Army.

I have even noticed an oversized individualism in religion in the United States. For years, my wife and I participated in a Bible study with Evangelicals. I was often struck by the language they used. It was not uncommon for one of them to talk at length about Jesus being their “personal savior.” The person would then use phrases like “my relationship with the Lord” or “I am saved”. It was all about me and my God. There seemed to be little concern with the salvation of anyone else.

This sort of thing is by no means limited to Evangelicals. For several years I taught an RCIA (Rite of Christian Initiation for Adults) for people wanting to become Catholic (yes, there actually are folks that want to be Catholic). I was teaching the class with a friend of mine, Joe. We were discussing the hypothetical possibility that God saves everyone, that in fact, hell is empty. This was not just a whim on our part. The Swiss theologian, Hans Urs Von Balthasar, wrote an entire book on the subject, “Dare We Hope?”

There was a woman in the class who took great offense to our comments. She finally burst out, saying, “If everybody goes to heaven, if everyone gets saved, what’s the point of being good!?”

There was an awkward silence in the room. Joe, who was seldom perturbed, calmly looked at the woman over the top of his spectacles and asked her, “Do you love your husband?”

She seemed confused by that question, and stammered, “Of course, I do!”

Joe asked her, “Do you do good things for him?”

The woman didn’t understand the point of this query, and she said, “Well, yeah, of course.”

Joe continued, “And why do you do these things?”

She thought that was a remarkably stupid question, and said, “Because I love him!”

Joe stood up, smiled, and said: “Aha! And that is why we do good things for God! We are good because we love Him!”

I couldn’t read the woman’s mind, but I suspect that part of her upset was due to the notion that even in the spiritual world, there have to be winners and losers. What’s the point of going to heaven if all the losers go there too?

There are dissenters to the prevalent viewpoints in our country. For years now I have been spending time with a group of Zen Buddhists. Their beliefs are completely countercultural.

A practitioner of Zen meditation will often focus on a koan or a mantra while sitting on the cushion. It is a common practice to concentrate on breathing. The person meditating will sometimes on the in-breath silently ask, “What am I?”

On the out-breath, the person says, “Don’t know.”

There is a significance to that answer. The person does not say, “I don’t know.” They simply say, “Don’t know”, because there is no I that is not knowing. Students of Zen assume that there is no unique individual meditating. For me, there would be no “Frank” involved in the process, because my identity as Frank is only a mental construct.

So, what am I? Certainly, in a physical sense, I am a creature who is constantly changing, as transient as a wave lapping on the beach or a flickering candle flame. I am not the same person that I was ten years ago, or even five minutes ago. In a few short years, I won’t exist in this world at all. I will be at best a dim memory for those who survive me.

I cling to the idea that I have an immortal soul. Honestly, I don’t know what that even means. What remains of me after death? However, if there is no I, then there is no competition. There are no winners or losers.

Maybe that’s not so bad.