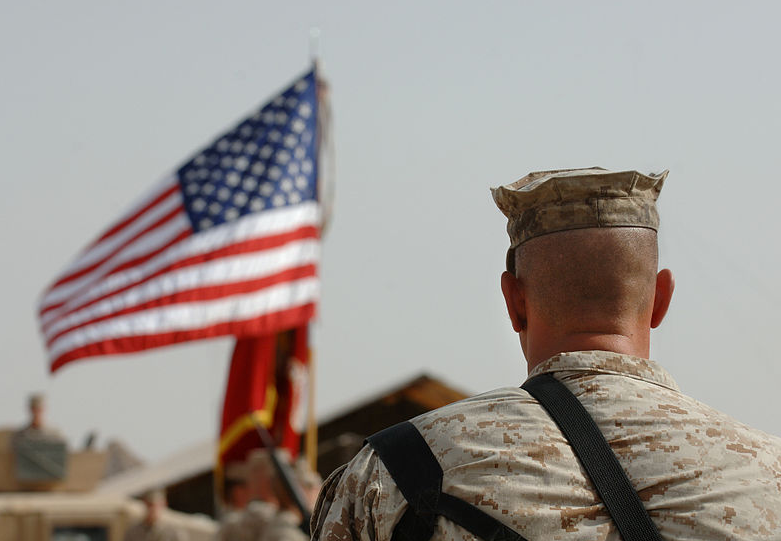 “Remember that it is the actions, and not the commission, that make the officer, and that there is more expected from him, than the title.” – George Washington Address to the Officers of the Virginia Regiment | January 08, 1756[i]

The climate of the military profession is clouded with personal ambitions, is the most honorable way to execute a commission to be self-aware enough to realize where to apply one’s skills within the framework of the Department of Defense (DoD)? The realization that servicing one’s commission in this way, may be the noblest end state of an officer’s commission. This is counterintuitive to a generation distracted by cranking out the latest operational planning team requirement, slide show, or general officer ghost email to ensure forward career progress within a broken system.

The DoD has a well-noted talent management issue, one that has failed to recognize lesser invaluable attributes and talents, one that eats its own when a mistake is made anywhere along a career path. Making it clear to superiors where one’s failures occurred and where their talent and experience lay, at the risk of a next promotion, choice duty location, or position, may be the best way to contribute to the force. “I had no thought of rank; all I did was try” – Ulysses Grant[ii]. The unfortunate fact is that the current system was neither developed that way nor rewards this way of thinking. At a time that DoD senior leaders continue to make missteps, it is time for those that have made mistakes to be looked at for advice.

The role of current senior leaders was the number; 1 of 4 platoon leaders, 1 of 5 company commanders, by name requested aide de camps, 1 of 5 battalion commanders, 1 of 4 Brigade Commanders within the Army for example, and although they faced adversity, they never truly had their Rocky I like failure that derailed their momentum. The gifted and talented haven’t had to truly fight adversity. They’ve been in a pipeline that naturally protected them from it. Those untouched “Successful” senior leaders lack a career-breaking moment that forced them to rebuild and rearm for their Rocky II moment.

This experience gap has left key leaders void of a valuable and critical life lesson that can only be learned from those that have failed. When one looks to the senior leadership of the DoD, it is viable who’s who of the penultimate mark of success within the current system. These General and Flag Officers have done nothing but succeed, the system has conditioned those around them that their method is what success looks like. These leaders are a minuet population of the DoD who are groomed from the junior officer level, based upon heritage, acumen, and skill to reflect the best the system has to offer. They have succeeded when others have failed. That is their strength and the fault with the current environment of senior leadership in charge today. These leaders have done nothing but win and it has reinforced within them that the way they succeeded is the model and therefore must be emulated and adhered to in order to succeed. This model is flawed. The cracks smack everyone in the face, every time a story develops of a senior leader being relieved for poor decision-making or unethical behavior.

The DoD finds itself at a precarious time; it has effectively been punched in the mouth by COVID-19. Senior leaders who have done nothing but win their entire career are at a loss when facing something outside of their control. Systems that propped them up for the duration of their careers are spinning in 24-hour a day cycles to perpetuate processes and publish new orders to enact control measures, overburdening the force. These systems of control are the comfort zone that made senior leaders successful. Instead of perpetuating what worked for them, they should be mining for sources of experience in adaptation.

Losers within the DoD are most likely the folks you find timing out on staff, riding out terminal timelines until they hit the inevitable period of either leaving by choice or separating due to no upward mobility. These are the officers that are a product of being given no choice but to absorb lesser key positions to make room for the chosen ones to be ideally placed. These are the officers that are capable but possibly the victim of a poor career path. More importantly, their terminal status could be the product of having lost or failed at a critical time period within their career and never being offered the protected path of guaranteed advancement.

These Loser’s failures taught them a lesson that the golden children of the DoD never had to face because they were never in a position to fail. Losers learned to fail, adapt and overcome. The up or out system of promotion likely passed these personnel over, due in part because they absorbed a less than stellar evaluation that ended their participation in the group of collective untouchables. They take less important jobs, in less desirable locations. 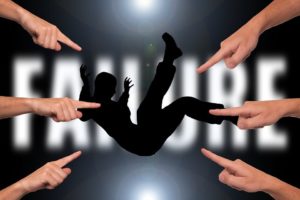 Leaders in the current environment could learn from this population because they have dealt with a face punch and continue marching. Losers could in effect offer some of the best military advice within this environment because they have the experience. Meanwhile, senior leaders continue to defer to the accumulated coat tail riders, golden children, yes men and women that they have surrounded themselves with, effectively generating a group think tank. There is a time and place for these advisors, in an environment that is permissible, but this is 2020 and the environment is different.

The hunt is on. The system didn’t promote the losers. They are rowing in lesser staffs, meaning they are not front office people; they are out in the formation. Leaders must seek these folks out and most importantly the losers should self-identify their skill sets and proactively apply them to how they’ve dealt with career-changing losses and actively try to share their experiences.

The losers must critically think about how to apply and communicate those hard-won lessons and offer advice to those who have never lost before. The current environment demands people with this divergent outlook. It is noted in the article “This is what Special OPs learned 40 years ago from Operation Eagle Claw” by Richard Lamb (CSM Ret.) [iv] that the entirety of the 1980s nascent Special Operations Force learned from a community defining failure. This failure shaped leaders and adapted their system in such a way that the modern American military reflects many of the technological and procedural lessons learned, even today.

Senior leaders need to humble themselves and respect the experiences good or bad of their subordinates, then understand that through their failures they have a vital experience and methodology to share with decision-makers. The feedback could be candid and raw, highlighting career-impacting failures. The senior leader must use the commander’s visualization methodology to help understand and visualize how to apply these lessons to the current environment.

What if the best thing someone can do with the remainder of their career is to recognize their failing experience can help enhance the thought processes of those that haven’t? As Washington spoke to in the opening quote, it’s the actions of officers at this critical juncture to apply themselves. It is difficult to embrace failure, and for winners to embrace those that have failed as equals. It requires both winners and losers to admit they can help each other. Losers have the opportunity to shine and provide divergent thought to help current leaders to out-think the environment in which the DoD finds itself.

The losers of the DoD that have fallen through the promotion system cracks just might be the “right people at the right time”, they just are not in the type of positions a senior leader would expect to find their most valuable advisors.

Major Joshua A. Lyons is a graduate of Indiana University Class of 06’ where he was commissioned as a United States Army Air Defense Officer. He holds a Master’s in Military Operational Arts and Science from the United States Air Force Air Command Staff College. He serves as the Active Defense Chief at the Army Air Missile Defense Command level within the Combined Air Operations Center.  He additionally served a three-year tour as an Operational Advisor with the U.S. Army Asymmetric Warfare Group as a Troop Commander and the Group S-3. His other works include Defining Cross-Domain Maneuver for the 21st Century, the U.S. Army Travel Awareness Handbook, and multiple articles within the Small Arms Review and the Asymmetric Warfare Journal.