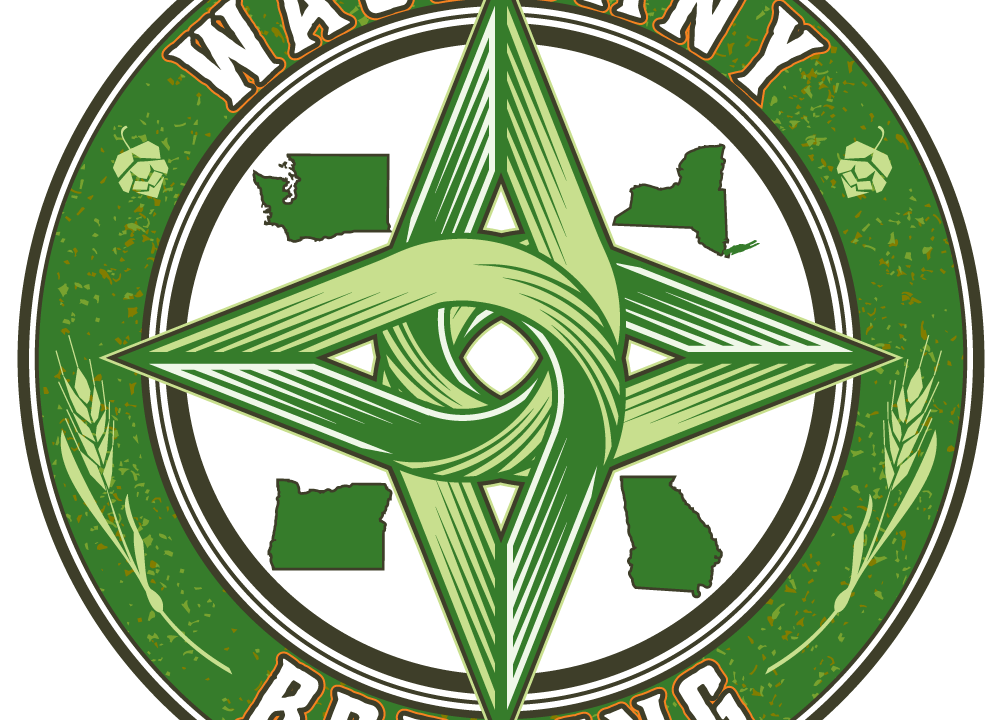 Editor’s Note:  One of the great things about this job is that I get to engage with veteran entrepreneurs, or “vetrepreneurs,” who are out there making it in the world of small business and finding a way to give back to the Veteran community.  I recently sat down with Paul Kilgore from Waorgany Brewing to talk about Veteran-owned small businesses, his story of his time in service, beating cancer twice, and starting his own brewing company in New York.  After reading this, if you are interested in supporting a Veteran Owned startup click here! CHEERS!

HJ: Tell me more about your career or life path that led you to your job.

Waorgany: Sure, after High School, I did the same thing that most Americans do, I went off to college. I attended a local Community College studying business. Then I found myself, doing everything but applying myself to the task at hand. So I applied for a job, interviewed and then after my 4th semester took the job and moved to Phoenix, AZ. I did this job, a Natural Gas Line Inspector, for about 18 months. I knew then that I was ready to go back to school and finish my degree, but I didn’t know how I was going to pay for it. So I read an article in a Skiing magazine about the newly formed 10th Mountain Division, at Ft. Drum, NY. I was a big time skier and snowboarder, was just getting into rock climbing and love the mountains and outdoors, so this sounded like a perfect fit. This was in 1985, so in early 1986 I joined the Army. I moved back home to Oregon, and stayed for a month before I headed off to basic training, at Ft. Benning GA. In September of ’86 I was assigned to B Co 2/22 INF at Ft. Drum, NY, my new home for the next 6 years. During that time I met my wife, and we have now been married for almost 26 years. So flash forward to my third duty assignment, and 2nd re-enlistment. I was stationed back at Ft. Benning and was a Drill Sergeant. This was in 1994 I had a friend, Rex who told me he made his own beer. I thought that this was fascinating, and wanted to learn more. So he gave me some info on a beer kit, and this was pretty early on in the history of computers and the internet so it was all mail order. I made my first beer, on my wife’s stove…and the hobby has been growing ever since.

I ended up making the Army a career. We had two kids, our daughter soon turns 21, and our son will be 19. She will be graduating from college with a degree in Interior Design a few days before her birthday and our son is in his first year at the University of Tampa. In 2005 we returned to Ft. Drum, and I was once again assigned back to 1st BCT. I was the First Sergeant for D Co 1/87 INF. About 90 days later we deployed to Iraq. About halfway through our deployment I was selected to be the HHC 1SG. I redeployed in 2006, and retired in 2007.

After I retired I took a position as a Warehouse Manager for a local food distribution company. Then found myself in the world of Sales. I worked for a great company, GOVTOOLS, based just outside of DC. I represented two companies Gerber and Brunton, selling items to the military and Federal agencies.  Then I transitioned to a Regional Sales Manager for Gerber directly.

In 2013 I was diagnosed with prostate cancer. So on November 12th, 2013 I had surgery and had the cancer removed. I took about six weeks off to recover, and then began traveling again. The travel was too difficult due to complications from the surgery, so I took a local job that also became too hard to due to the issues I was experiencing. So in 2014 for the first time since before High School I found myself unemployed. So having already completed my AAS in Business Administration, and my BS in Business, Management, and Economics, the next logical step was to begin work on my MBA focusing on entrepreneurship. So this June I will graduate with my MBA!

So in the late Summer of 2014 I heard about a program called EBV. Entrepreneurship Bootcamp for Veterans with Disabilities.  So I applied to the program at Cornell and was expected into the program. The program consists of 30 days of online work, followed by a nine day residency program at Cornell. This is an amazing program, and I highly recommend it for any veteran who is thinking about starting his or her own business.

About the time I applied for EBV at Cornell, I had some tests and found out that my cancer had returned. This was always a concern, due to the difficult surgery that I had and was one of the reasons that I was monitored very closely. So in October 2014, two days after I graduated from Cornell, I began nine weeks of 39 radiation treatments. Luckily this worked and 2015 found me once and for all cancer free.

So for many years friends, and family have told me how good my beer is. I have always taken this with a grain of salt.  However, I have continued to 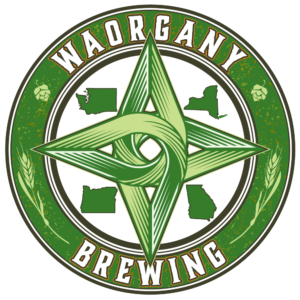 grow my love of craft beer and hobby of home brewing. I have graduated from making extract beers on my wife’s stove top, to brewing all grain batches on my home built all electric herms ½ barrel (BBL) system. I have also built a few keg systems ranging from two to six taps. I have helped brew beer on several commercial systems around the country ranging from ½ to 20 BBLs. So making beer is a passion of mine, and part of that passion is opening my own NYS Farm Brewery. EBV has helped make that dream a reality.

As part of the EBV Program at Cornell, they taught us the basic skills on how to build a business plan. So I have done that. In 2015 I submitted my rather lengthy BP to the EBV Foundation for review, and they returned it with some positive comments and critiques, along with a small grant to help me start my business. I officially founded and organized my business, WAORGANY Brewing, LLC in Jan of 2015. In late 2015 I was convinced to attend the 2016 EBV National Conference and doing so submit my BP to the annual D’Aniello Family Foundation BP Competition. Just under 50 businesses entered this year’s competition. I had to narrow my BP down from @75 pages down to 23 pages and a two page Executive Summary and 10 pages of appendixes. In January I was selected as one of ten semifinalist to compete at the NATCON in Charlotte. All 10 semifinalist had to present our BP’s to a panel of judges using a 15 minute presentation followed by 10 minutes of Q & A. The afternoon of the completion I received word that I was one of the four finalist. The following day all four finalist gave our 90 second pitch in front of three new judges and all the conference attendees, approximately 300 people. We where then asked 90 seconds of questions. This was another great experience thanks to EBV and the generosity of the D’Aniello Family Foundation. All ten of the semi-finalist walked away with at least $2,000 for their businesses.  I was very fortunate enough to finish in second place and was awarded $20K for my business.  This truly helped me validate my business plan for WAORGANY Brewing, and will help me realize my dream of operating a Service Disabled Veteran Owned Small Business (SDVOSB), and creating jobs for other Veterans sooner rather than later.

HJ: What is the core of your business?

Waorgany: WAORGANY Brewing will be licensed as a New York State Farm Brewery. We will hand craft all of our ales on a small 3 BBL all electric American made brew house.  We will have a custom built brew system that will be tailored to our needs from SysTech Systems, based in Canto, OH. As a NYS Farm Brewery we will use locally sourced ingredients in our ales. We will operate a small tap room and sell our ales via pints, flights and growlers to go. At some point in the future we will also add small food items to our mix. We will start out small and grow as needed. Hoping to hire as many Veterans as possible. Because someone always asks; WAORGANY is pronounced War-Gah-Knee. It is made up of four of the many states that I have lived in. All but one was from my time in the Army. Washington and Oregon are where hops are traditionally grown, my son was born in WA and I am originally from OR. Georgia is where I first learned to make beer and where our daughter was born, and New York is where the brewery will be, we will source as many of our hops and grains from NY as possible, and my wife is from here and is where we have lived for the past 11 years.

HJ: What is a typical Thursday look like in the office?

Waorgany: Right now, I spend most of the day actively engaged in research and or writing and or putting together Power Point Slides for my MBA course work. In the future once brewery is operational, Thursdays will be dedicated to cleaning and kegging. To start out the brewery will only brew two days a week, Mondays’ and Wednesdays’, and the tap room will be open THUR-SUN.

HJ: What experiences have best prepared you for your job?

Waorgany: Being an Airborne Ranger qualified Infantryman for over 21 years prepares you for almost anything life has to offer. Years of brewing both good and bad beer has helped. But I think that the one driving and motivating factor that has truly given me the drive and passion to be an entrepreneur and start my brewery has been my cancer. It is something that has been a part of my life far longer than I wish to remember. My mom was first diagnosed with breast cancer in 1976. At 59 she died of cancer in 1991. It is a horrible disease. This has also affected my Uncle and brother, both cancer survivors. My younger brother the most recent family member who has fought and won his battle with cancer.  Fighting in combat and being deployed around the world as an Infantryman was nothing compared to by battle with cancer it has been the toughest thing that I have ever experienced. So being a two time cancer survivor has given me the motivation to find a way to make my dream of starting and operating my own brewery a reality.

HJ: What is the best business or entrepreneur quote that guides you daily?

Waorgany: “Don’t be pushed by your problems. Be led by your dreams” ~Unknown

“Do not be afraid to take that big step” ~Unknown

HJ: Do you have any words or advice that you would like to lend to veterans that might be considering starting their own business?

Waorgany: Find, help. Get a mentor, apply to EBV, and talk to your local Small Business Development people, SCORE, SBA, and any other assistance you can find. Don’t wait do it today!!! Tomorrow may never come.

Again, we want to support all our fellow Vetrepreneurs, if  you are interested in donating to an amazing Veteran Owned startup click here!