HomeNationVeteransTo All of You on This Veterans Day 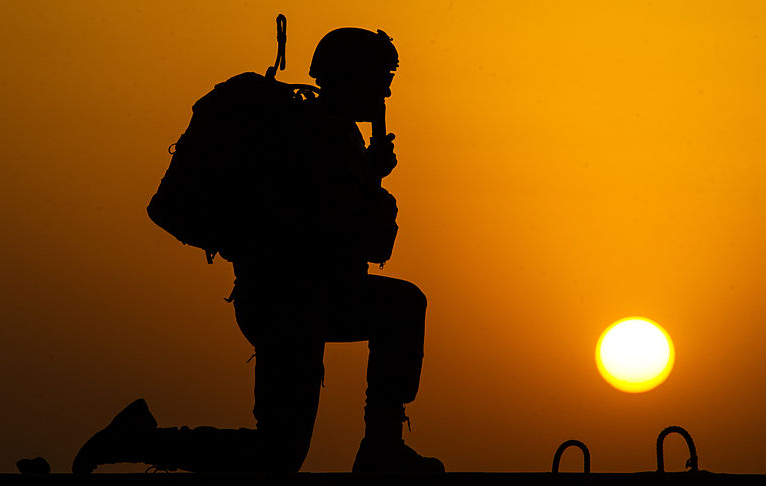 I was standing in the back of a ballroom last week. A retired general who had jumped into Panama for OP JUST CAUSE was the guest speaker. It was the annual USAF TACP reunion. This was the largest one in history, with over 300 past and present TACPs in the room, going as far back as Vietnam.

Widows and orphans of fallen TACP heroes were sitting near the stage in the place of honor. The youngest orphan was 2. The eldest had recently married and was carrying her legacy forward in the next few months.

As I zoomed out and contemplated the quality of character in the room, my eyes rested on a Silver Star recipient. This individual had earned the nation’s third-highest honor not once, but twice and is still on active duty. A testament to service and courage. Countless Bronze Stars with Valor and more Purple Hearts than I’d like to imagine.

I reflected upon the deployments and time spent away from families. I saw broken bodies, broken hearts, and tangled minds. But I also saw powerful examples of love and relationships that had withstood all the hardships of the past two decades of conflict.

I stood there wondering how I had found myself in this room. Men in this room had ridden horseback into battle in October 2001. Some had yellow stars on their jump wings. Though these were Air Force personnel, a select few could boast the black and gold of the Ranger Tab.

Others could speak with pride about going over the Berm in 2003. They could talk of battles like Haditha Dam, Tora Bora, Maser E Sharif, OBJ RHINO, Fallujah, An Najaf, and the rescue of Jessica Lynch. Their discussions are not topical, they speak with the intimacy of direct involvement.

I was in a room of living history! How rare to be so fortunate. The gravity of the collective experiences in the room struck me. I thought… man, what a cool room to be in. An underwhelming statement to be sure, but perhaps the solemnity of that space could benefit from some tongue-in-cheek levity.

To be fair and with no disrespect, most of the men in that room appeared quite ordinary. You might pass them on the street and it would likely never cross your mind that the man you passed had seen unspeakable violence and faced the enemy with tremendous courage.

These men had ridden horses into combat like modern-day Teddy Roosevelts on their own San Juan Hill. They had leaped into the blackness of the night towards an unknown destiny with all the courage of the men who participated in Operation OVERLORD.

I wanted to weep.

These heroes are why I believe in the goodness of America. These colorful and proud, yet soft-spoken, obnoxiously humble men are why I love this country. They are the fabric and the makeup of the freest nation in the history of the world.

These warriors serve as a backdrop for all that is good in this country. The cliche of running to the sound of the guns has been bludgeoned to death by a total veteran community, seeking relevance where relevance or notoriety was never realized whilst in service. Charlatans and carrion birds, scavenge off the valor and bravery of others.

But not the men in this room. These heroes not only ran, they sprinted, they flew, and they jumped. They hunched their shoulders and turned their chests toward the enemy and bared their bravery against the naked violence of a determined and vicious foe. And they prevailed! In many instances, not only did they prevail, but they turned the tides of entire battles. These men are the true difference makers yet not one of them would imagine speaking such self-aggrandizing words.

These effusively humble warriors sat or stood and commiserated about together about the past while looking to the future: all of us knowing that a generation of yet unrealized heroes sat in that room.

And when next, the nation demands the most from its best, a regiment of heroic, stalwart, barrel-chested warriors will stand again, and to a man will silently echo the noblest of all sentiments: “Send me.” Because that is what men of character do. Despite any trepidation or privately held reservations about their own personal courage, they will sally forth and take the full measure of themselves in service to a set of ideals far greater than any individual.

I am so viciously proud to have stood in the back of that room and observed living history. How rare and good it is for anyone to be able to look around at some point in their life and know they are in the presence of greatness? To see the living heroes of this generation’s history books, in real life: jovial, boisterous, but at peace, if even just for a moment.

Because in this room of brothers, of men, of living giants, there is an understanding that comes with the shared experience of combat which cannot be robbed or rescinded from any honorable man. It transcends generation. It unites us all.

So, while this has selfishly been about my own TACP community, it is my sincere and solemn hope on this Veterans Day that these words serve as a backdrop to reflect on the value and honor of your service; the significance of your contribution to this nation. That not only will you find pride in your service but understand that perhaps what is most important is how we lead in service after we take off the uniform for the final time.

Therefore, it is incumbent upon all of us to go forward today and every day and represent our service and the earned status of Veteran. We must continue to be the best this nation has to offer.  We are stewards and responsible for preserving the timeless ideals of this great nation. In this way, we continue to protect and defend a legacy of leadership and sacrifice for generations, long after all of us are gone, and these words disappear.

To all of you (but especially the men of TACP) I extend a heartfelt nod in acknowledgment of your service and sacrifice on this Veterans Day. I am proud to be counted among you.

Peyton Knippel is a retired Tactical Air Control Party Specialist (TACP). He spent time as a conventional TACP, TACP Instructor, and 17th Special Tactics Squadron TACP, supporting 2/75 Ranger Regiment. Peyton has eight deployments to Afghanistan going back to Dec 2001 w/ 10th Mountain Division and one deployment to Iraq during the surge. Peyton retired in May of 2020 and lives in Utah with his wife and son. He is involved with veteran transition groups like The Honor Foundation and Elite Meet. One of his primary focus areas in retirement is helping other veterans retire / transition successfully.