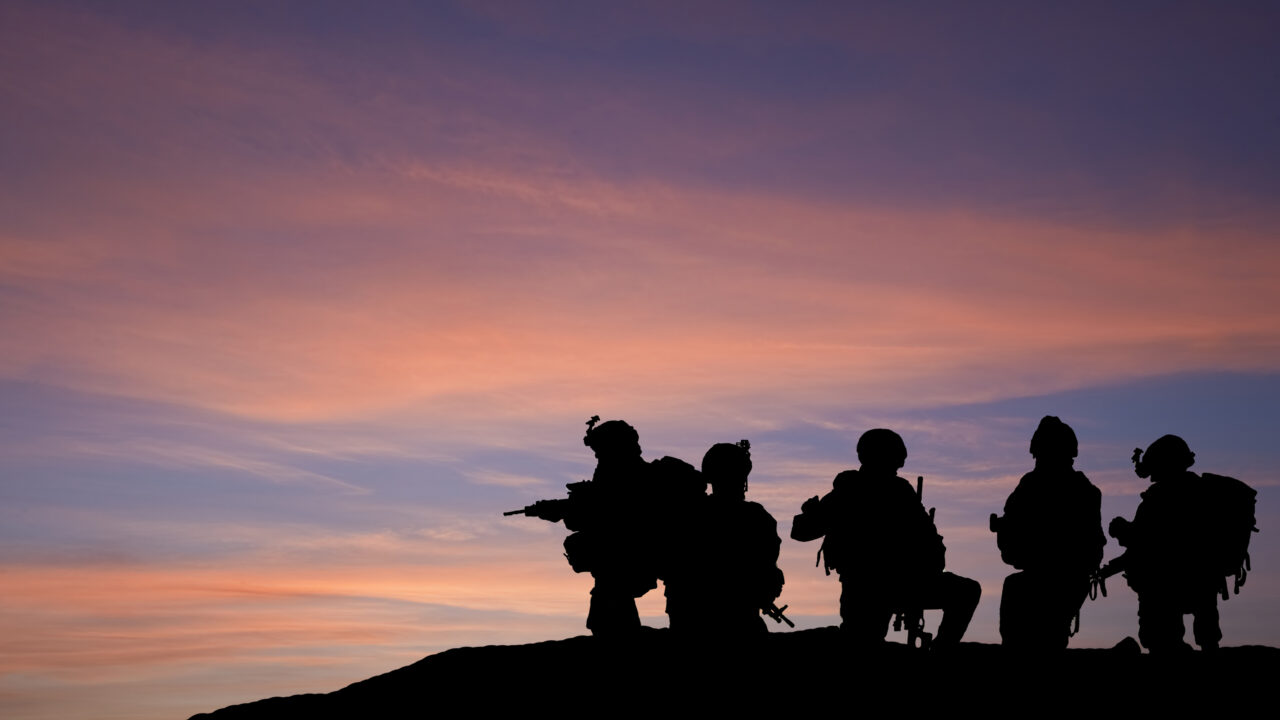 Originally published by Dave Hartmann on his blog, “Davestories.”  This first appeared in The Havok Journal on January 15, 2019.

“Fresh air poisoning” is a running joke in our house, and most outdoor recreation enthusiasts of all types know it well. “The Outdoor Cleanse” or “Soul Candy” or whatever you want to call that endorphin-fueled peace you attain after being outside for sometimes just a few hours. Playing outside isn’t for everyone. But I believe it is for many people who don’t even know it yet.

My family and I are blessed to live in an area renowned for its outdoor opportunities. It’s a way of life for most of our community. We are keenly aware, however, that most Americans live most of their lives confined to a concrete jungle. They have our sympathy!

Among the many tough days downrange was the day in 2003 when it hit me that I’d be missing the first hunting season since the 1970s. As well as being incredibly fun, hunting was a tradition for me. Drawing a bead with my rifle on an Afghan goat and saying “bang” as he quartered away when nobody was looking just wasn’t the same.

In the years since transitioning from soldier to veteran, I’ve learned that many other vets share a love for the outdoors. Many, like me, had a long tradition of outdoor life before they went to war. But a growing number are learning to love the outdoors after their return.

War means something different to every single veteran. No two stories are the same. Some never left the wire but watched helplessly as their family back home disintegrated. Some watched their buddies bleed out waiting for a medevac. Far too many came home traumatically disabled. Each of us misses that person who we were before war. And returning to some traditions that span our pre-war and post-war self-help keep life balanced.

Another way to “put things behind you” is to fill your new life with intense, amazing experiences. These will help to populate your personal timeline past that noisy yearlong crackling buzz of intense highs, lows, and lowests that changed you into today’s you. For many of us, that self of today carries scars or missing parts that changed our lifestyle forever. For all of us, it changed what goes on between our ears forever.

For me, many of those intense new experiences involve do-it-yourself hunting trips. I’m blessed with an amazingly tolerant wife and a good job. Both have allowed me, in the years since my return, to hunt and take several nice trophies that populate my wall. Like most hunters, I don’t call them “trophies” based on the sum of the inches of antler length. The trophy is the memory and the experience that comes from facing and overcoming the challenges. One real trophy is my week of slogging through sleet, fog, and snow on the Uncompahgre Plateau hunting my 2006 bull elk. Another is my 2009 cow elk that dropped near my buddy’s bull, each were several miles from the nearest trailhead. We enlisted a friend and his horses to pack all the meat out, nearly killing one of his horses in the process. My two weeks living in a tent in the Alaska wilderness chasing moose and bear…that’s the soul candy brass ring.

Another set of trophies, all in their own class, is hunting with my kids. The feeling of watching my kids pull trout out of the water or coaching my son into his first buck and first turkey was nothing I can even describe.

Most every adult, and certainly every veteran, knows that idle hands are no good. Each of us channels our energy into different activities.  For many, their job and their family is enough. But a lot of us need more.  There are certainly other hobbies and pursuits keeping veterans busy. It might be volunteering, politics, sports, crafts, the opportunities in modern America are endless.

Any outside adventure is fun, for sure. But when you’re in the wilderness, or even just a park, away from all the straight lines, noise, and artificiality of our modern world, it has a wonderful way of putting life in perspective. That mountain, that river, that tree, even that rock, it doesn’t give a rat’s ass about your problems or internal demons. It’s been here before you, it will be hereafter you.  That pioneer, centuries ago, had problems that weighed heavy on his mind…how much does it matter now? Humans from millennia before have probably contemplated that very same mountain or trail. They all probably had their own baggage weighing them down. People centuries from now will ponder the very same thing with the very same results.

There is no room in the wild for self-pity. When you look at all the world’s comings and goings that are unaffected by humans, it really makes all your individual problems and challenges seem small.  So you didn’t sleep much last night for the two little Afghan boys you saw burned to a crisp came back to visit in your nightmares? Yes, that’s a problem. But watching a black bear boar fight a sow, kill and eat her cubs, all so he can breed her…now THAT’S a problem for that sow. Wondering if you could have trained your soldiers better so that one of them wouldn’t be buried in the Hayden cemetery? Yes, that’s something that sticks with you. Watching most of a deer herd starve to death in a brutal winter also sticks with you. Cruel? Absolutely. Does nature care about your issues?

Not one iota. Life goes on.