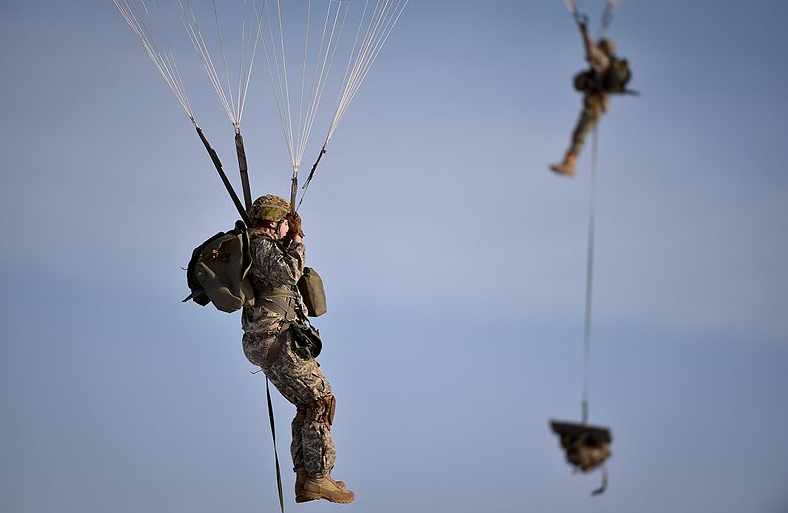 The American Airborne concept first suggested in World War I, became a need heading into World War II. The war started years before direct American involvement. The Airborne concept had to quickly yield results to support the allied cause, which at the time of its creation, was losing in both the Pacific and European theaters. While there were no Airborne units in the American military, the airborne concept was nothing new to the Army. In 1918, it was Brigadier General William P. “Billy” Mitchell of the Army Air Corps, General John J. Pershing’s air service advisor in WWI, who first suggested the United States Army should utilize airborne troops.[1]  Although “Black Jack” Pershing approved the idea, the concept never became reality due to the war ending of the war.

It would take another twenty-one years for the American Army to realize the paratroopers would be an important asset for future military operations. In 1939, when General George C. Marshall became the Army’s Chief of Staff, he made the recommendation to Major General George A. Lynch, Chief of the Infantry at the time, to “make a study for the purpose of determining the desirability of organizing, training and conducting tests of a small detachment of air infantry with a view to determine whether or not our Army should contain a unit or units of this nature.”[2] Marshall recognized the potential and importance of possessing an Airborne asset. Even though some argued the Airborne concept was not a necessity for the Americans in WWII, General Marshall gave his approval on 25 July 1940. He authorized the War Department to immediately establish a Parachute Test Platoon to experiment with the development of airborne troops.[3]

Lieutenant General (Retired) Edward M. Flanagan defends the creation of the Airborne by pointing out in his book, Corregidor: The Rock Force Assault, the paratroopers served as a strategic asset with the ability to occupy the enemy commander’s mind for three reasons. First, while the enemy knows the airborne units exist, he does not know where they will strike. Next, once they jump, the enemy must commit forces to engage the paratroopers, typically dropped over enemy vulnerabilities, such as their rear or flanks. Finally, the enemy never knows when the airborne attack might occur, leaving him in a constant state of high alert.[4]

Flanagan also highlighted that even when the drops were not a complete success and the paratroopers end up scattered, the enemy remained confused due to not knowing the size of the force, nor did he know where to concentrate his own force. Because of how their drops disperse over a large area, paratroopers had the ability to deceive the enemy into thinking that their numbers were greater than what they actually were.[5] Flanagan cited Sicily as an example of the Airborne accomplishing this feat.

In Normandy, while the Airborne may not have succeeded in all of its D-Day objectives, it left the Germans in a constant state of confusion. The Airborne successfully defended the flanks and perimeter of the Normandy beachheads by freezing the German forces in place. The enemy’s confusion over an airborne drop easily became part of the element of surprise. In the days following June 6th, 1944, the German Seventh Army chief of staff reported that “the ‘new weapon,’ the airborne troops, behind the coastal fortifications on the one hand, and their massive attack on our own counterattacking troops, on the other hand, have contributed significantly to the initial success of the enemy.”[6] From their appearance in the theater of war to the drops to the aftermath of the assault, paratroopers left their enemy in a disoriented and bewildered state. But before the Airborne would prove themselves on the battlefields of Europe, they had to start at the beginning, from scratch.

In late July 1940, the 48 original paratroopers, 2 officers, and 46 enlisted men began testing for the development of equipment, training, and techniques that would later be used in units dropped into harm’s way. Many of the developments created by this small group are still used to this day. This innovative group of young men performed testing that would claim two lives from their ranks. The platoon took courageous risks required to develop airborne capabilities for the entire American Army.

Among those in the Army, there were not many who knew much about parachutes or paratroopers at the start of WWII. However, at the start of the war, the Germans utilized their fallshirmjager, or paratroopers, in a few operations, stirring some interest in a few officers of the United States Army. One was Lieutenant William T. Ryder, a 1936 graduate of West Point, who expressed interest in airborne operations long before the Army approved the formation of the Parachute Test Platoon. He studied Soviet and German tactics and training conducted in the late 1930s.

Prior to Ryder’s knowledge of the development of an airborne unit in the U.S. Army, Ryder submitted a number of papers to the Infantry Board covering the use of airborne units in combat.[7] Ironically, when Lieutenant Ryder showed up with fifteen other officers who volunteered for the opportunity to lead the test platoon for a written exam, he was relieved to find the majority of the test covered articles he personally submitted to the Infantry Board in the past. In forty-five minutes, Ryder completed the two-hour examination and was quickly selected to command the test platoon.[8]

Five of the best Army Air Corps’ parachutists and riggers, led by Warrant Officer Harry “Tug” Wilson, conducted the training for the Parachute Test Platoon. [10] In the first two weeks, their training consisted of tough physical training combined with classes on the basics of the history of the parachute and its theories. Actual jumps were not performed because the platoon did not even have enough parachutes to conduct airborne training.[11] This was truly an outfit that evolved and developed its tactics with each jump.

By the third week, Major William H. Lee, the officer in charge of overseeing the development of the airborne units, sent the platoon to Hightstown, New Jersey. Major Lee discovered that due to the New York City World’s Fair in 1939, there were two 150-foot parachute jump towers his platoon could utilize for training. Later, 250-foot towers were built at Fort Benning to facilitate other paratroopers’ training. The platoon trained in New Jersey for ten days before returning to Georgia to finish their final two weeks of training.[12]

The platoon made great strides, and after its time in New Jersey, the men were in outstanding physical condition and could all pack their own chutes. On the last day of week seven, Lieutenant Ryder announced the completion of the ground phase of their training and the unit would make five jumps the following week. After his announcement, “Tug” Wilson explained there would be a demonstration where a dummy would be dropped out of an airplane and parachute to the ground.[13] To the horror of every man at the demonstration, the dummy, nicknamed “Oscar,” was “pushed from the aircraft door, and plummeted to its destruction a mere 50 yards distance from the spectating volunteers.”[14] Fortunately for the men, it was only a test dummy.

Lieutenant Ryder, the leader of the platoon, was the first one out of the lead airplane for the inaugural jump, earning him the title of the “First American Paratrooper.”[15] Three more jumps followed the initial test, each one prompted rules and changes to be made to their equipment and techniques. One of these rules included the requirement that every jumper look off into the horizon when standing in the door, rather than looking down. This prevented the soldier from freezing in the doorway, keeping him from slowing down the entire stick’s progress during exit.[16]

The fifth jump the platoon conducted was to be a mass jump for a group of individuals requesting a demonstration of the accomplished work. The audience consisted of General Lynch, Major Lee, General Marshall, and, unannounced, Secretary of War Henry L. Stimson. The performance of the jump greatly impressed those in attendance. The audience witnessed the Parachute Test Platoon conduct the army’s “first airborne tactical operation with well-drilled precision.”[17] As a result of the platoon’s successes, the U.S. Army formed the first parachute battalion. By order of the War Department, on October 1st,  1940, the 501stParachute Infantry Battalion officially activated at Fort Benning.[18] 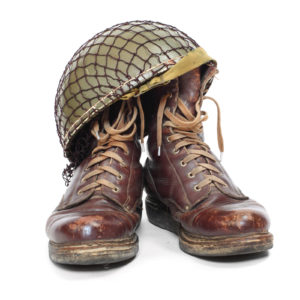 It took guts to volunteer to be a member of an Airborne unit, not just in combat, but in training as well. The Parachute Test Platoon represented some of the finest America had to offer. They were courageous individuals willing to pay the ultimate price for a military experiment that, at the time, did not even involve combat. They volunteered to help create an asset the Army deemed necessary to fight and win our nation’s wars. Two short years later, rapidly promoted Major General William C. Lee, dubbed the “Father of American Airborne,” described these pioneers as “the fountainhead of the mighty airborne forces that wrote such glorious pages in the history of World War II.”[19] The Parachute Test Platoon paved the way for many others. Like those original, brave forty-eight, they volunteered to assume additional risk by joining the Airborne Paratroopers and jump out of an airplane, in training and eventually combat.

This first appeared in The Havok Journal on June 2, 2019.