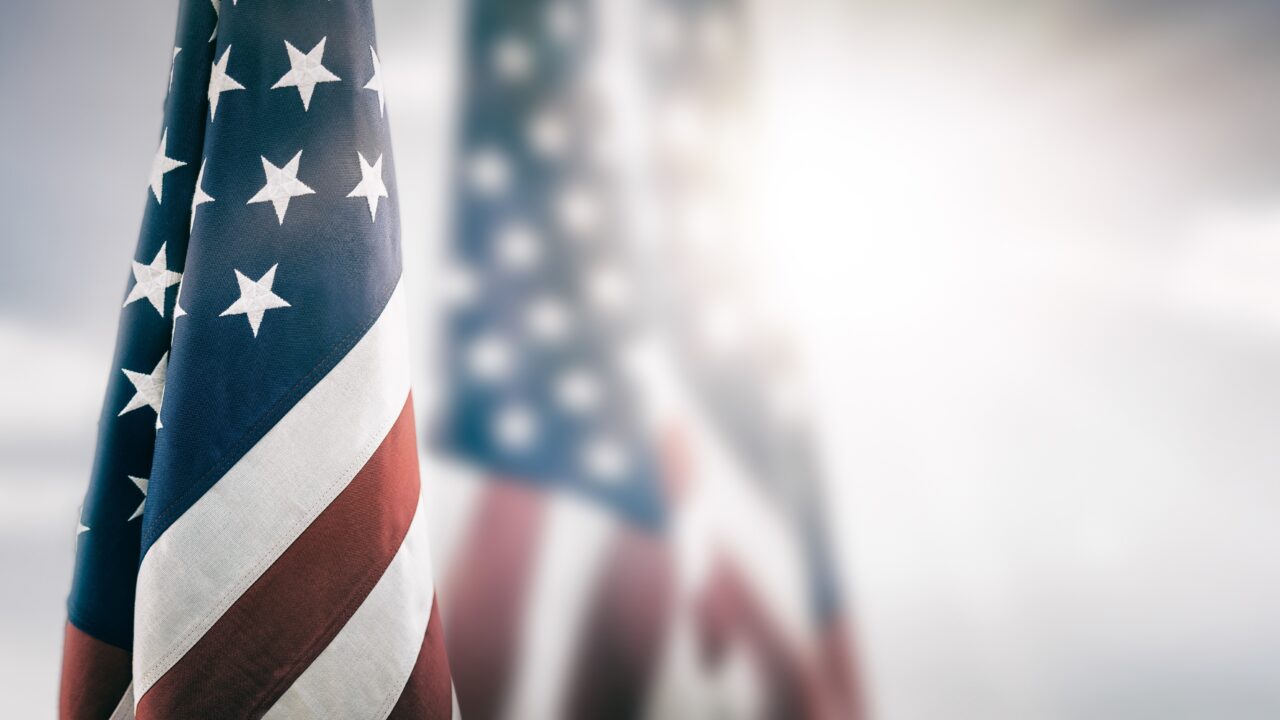 This first appeared in Frank’s blog on November 11, 2017, as “Veterans Day.” It is republished here with the author’s permission.

Karin and I arrived in Iola a little before 2:00 PM. My dad lives in a nursing home there, and we were going to visit with him. Iola is a small town in central Wisconsin, founded by Scandinavian immigrants a long time ago. There is a larger-than-life statue of a Viking warrior in Iola, along with a diner, a feed store, and a Lutheran church. Garrison Keillor would feel right at home in this burg.

It had been a couple of months since I last saw my father. Iola is about three hours away from where we live, so Karin and I don’t get up that way very often. When we arrived, we walked into the nursing home and looked for my dad’s room. We found a nurse who told us that most of the residents were gathering in the dining hall for a Veterans Day celebration. She led us to the dining room, and we found my father sitting in there.

My dad was sitting in a line along the wall with other vets. We shook hands, and Dad told us, “Well, find a seat. There are some empty chairs over there.” Karin sat on the other side of the room, and I sat between two old guys. A volunteer came up to me and asked if I could move across the way because they needed all the chairs in this line for the veterans who were to be honored. I got up and sat next to Karin. Then another volunteer came to me and asked, “Are you a vet?”

I told her that I was. She said, “Oh, go on back to the line on the other side of the room.”

She smiled and said, “That’s okay. We have vets here who aren’t residents.”

I went back to my dad. Yet another woman came up to me and asked, “Are you listed on our program?”

The lady frowned a bit, and said, “Well, you know, these seats are just for the men listed on our program, so maybe you could find another place.”

Having been banished again, I went back to sit with Karin.

The Veterans Day program was supposed to start at 2:00, but there appeared to be some confusion. It took a while for all of the veterans to straggle into the hall. Some were in wheelchairs. Some had walkers. Some of them were bright-eyed and talkative. Some of them were slumped over in their chairs, just barely conscious. My dad had struck up a conversation with the man sitting next to him. He’s good at that sort of thing.

The room was decorated with small American flags, and all the tables had red, white, and blue cloths on them. People from the kitchen were putting out snacks to be served after the ceremony. There were several members of the local American Legion standing around, wearing their garrison caps and their insignia that meant nothing to anybody outside of the Legion. Two girls stood there, holding cornets. Nursing home attendants and local volunteers were fluttering around the room, trying to organize people that had no interest in being organized. Eventually, there was relative calm, and Nicole, an administrator, started the program.

She welcomed everyone to the ceremony, and then she introduced the men of the American Legion. They all stood in a line, trying to look proud and military. Actually, they all looked like they wanted to be sitting on barstools somewhere, but they were there for the vets. I’m sure they found a tavern later in the day.

The American Legion guys led everyone in the Pledge of Allegiance. That was a bit confusing because some people stood up and some didn’t. Most of the people who remained sitting did so probably because they couldn’t stand up. After all, we were in a nursing home.

The two girls were from the local high school. They played the National Anthem. Once again, some people stood, while some sat. The young women needed a bit more practice. They lost their way partway through the song, as did those who were attempting to sing along. When it finally and mercifully ended, I had the urge to yell, “Play ball!” I managed to hold back. Then we sang off-key versions of “America the Beautiful” and “God Bless America”.

There was a moment of blessed silence.

Nicole introduced all the resident veterans on her program. She said their names, their ranks and branches of service, and where and when they served in the military. That was interesting. A number of the men were WWII vets. Some, like my dad, were Korean War vintage. I think there was one guy there was from the Vietnam era. Each man raised his hand as his name was called. Each one seemed to become more alert when they heard a brief story of their time in service.

Nicole then mentioned the names of those residents who had been veterans but had passed away during the course of the year. Maybe there were family members in the room who remembered them. I don’t know. It was a good thing to say their names one last time.

In conjunction with that, Nicole talked about the “Missing Man Table” that they had set up in the dining hall. It was a tiny table set up with one set of dishes. There was a rose on the table and a Bible. The wine glass was inverted to indicate that the missing vet would never drink a toast again. There was a slice of lemon to remind people of the sorrow the veteran may have experienced. There was salt on the table to symbolize the tears of those who miss the fallen veteran. That reminded me somehow of the saltwater placed on the table during the seder meal on Pesach.

The two girls then played “Taps.” They did well with that. “Taps” has a deep emotional content. I remember, when I was at West Point, that a senior from the school had died in a car wreck. He crashed his sports car on Bear Mountain. In the evening, just before sunset, all the cadets assembled on the Plain. Three buglers played “Taps,” one after the other. First, the bugler nearest the assembled students played the song. Then a bugler at a distance away took up the melody. Finally, the third bugler, who was closest to the Hudson, played “Taps.” He was barely audible. That cut to the heart. Only a man without a soul could remain unmoved after that.

Nicole concluded the ceremony and then invited people to stay for food and drinks. They actually served beer there. Dad had a Leinenkugel Honey Weiss. It seemed a bit odd, but then again we are in Wisconsin.

We sat with Dad at a table. He had tears in his eyes. He had been silently crying. I’m not sure why or for whom. Maybe he had remembered his Navy friend, Kelly. He and Kelly used to trade their rations. Kelly would give my dad his beer, and my dad would give Kelly his cigarettes. They served in the Caribbean together. Kelly died years ago from cancer. Dad had always talked about going down to Florida to visit Kelly, but then he got a Christmas card from Kelly’s wife, saying that Kelly had died. Maybe Dad was thinking about that.

Maybe Dad was grieving for his lost youth. Veterans Day is not so much about patriotism as it is about being young and idealistic. For many people, maybe even for me, the time in the military was life-changing. It was a time that was exciting. It was a time to be alive.

It is worth remembering.