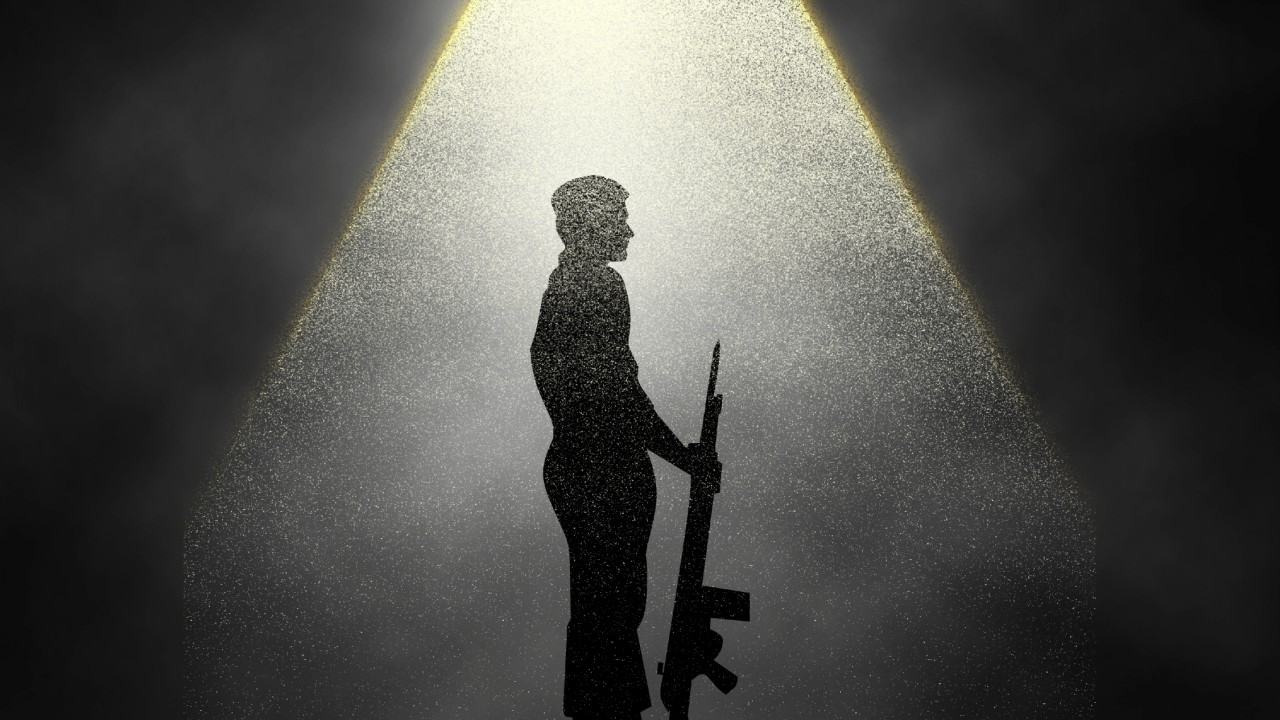 Army combat veteran Christopher Soucy is an actor, puppeteer, director, screenwriter, and playwright living in Savannah, Georgia. He has been writing for stage and screen for over 20 years.

Chris Soucy has an almost-professorial grasp of writing. It is a profession that he has labored in for over two decades, becoming an in-demand writer in almost every medium – TV, film, poetry, and plays. Chris also placed second in one of VetRep’s full-length playwrighting competitions – besting over 200 other submissions and becoming the first playwright to have two plays reach the top ten. Chris’ refreshing, practical approach to his work owes a lot to his childhood as a military brat. His dad was a Green Beret and a Command Sergeant Major – assignments that took young Chris around the world. As a military brat, Chris was exposed to art in Italy and Germany, and, by the time he had left high school, he had developed a deep appreciation for storytelling and theater. So it was a surprise when, over the next few years, Chris enlisted in the Army and dove into the murky world of specialized units at Fort Belvoir – assignments that gave Chris two combat deployments in three years. I found Chris to be a remarkably articulate and insightful guest whose life offers plenty of lessons for both warriors and artists.

Read some of Chris’ poetry on the Savage Wonder literary blog here.