HomeNationVeteransNick Palmisciano Is Not The Bad Guy 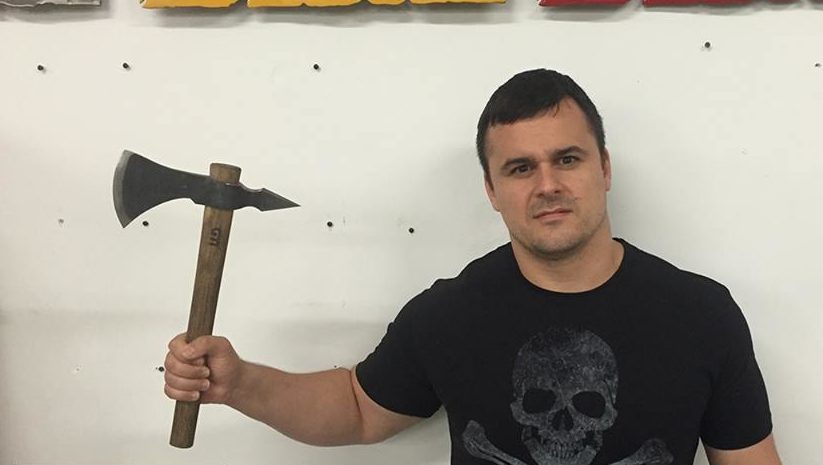 Every Sunday, from late summer to mid-winter, millions of people critique every movement and every microsecond of professional football players. Despite the fact that these are professionals who are better at their job than anyone in the world, they are critiqued because they are on camera for all to see. Every politician, actor, musician, or any other person who steps in front of the camera receives criticism from someone for every action they take and every word they utter in front of that camera. 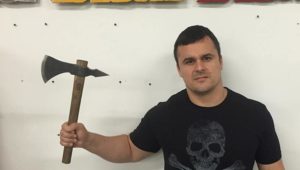 We have even seen service members who were engaged in life and death, active combat receive critiques from commanders who weren’t there, politicians who weren’t there, and even the general public in some instances, all because the fire fight was captured on video via helmet cams or drones. Being subject to critique because of your actions being captured on an unblinking eye is a relatively new phenomenon, exaggerated by the widespread use of social media. It is nonetheless a fact of modern life, and the modern work place.

For law enforcement officers, this reality is no different. In many states, police officers are even required to wear “body-cams” at all times. This is of course a double-edged sword that can either exonerate or condemn a police officer for his or her actions. In the case of the two police officers that repeatedly shot and eventually killed an adult male in Baton Rouge this week, the video footage from their body cams as well as nearby onlookers with cell phones only proved to ignite the flames of debate in this country. Were the officers right to shoot Alton Sterling? The investigation will surely result in an answer to that question, but that hasn’t stopped the masses from turning to social media to justify why they are for or against the officers actions.

One of the people who explained their position on the matter is former Army veteran and Ranger Up CEO Nick Palmisciano. His Facebook post on the matter, published a day after the shooting, started with, “Very hard to watch those cops shoot Alton Sterling. I always start with the premise that everybody wakes up in the morning trying to do the right thing. I realize that isn’t always true. There are some evil people out there, and that officer could very well be one of them, but I doubt it. Nevertheless, a man is dead.” The backlash to his full statement was almost immediate. Before long, people were posting that he is a cop hater and out of his lane on the official Ranger Up Facebook page.

It disappoints me to see how much backlash Nick has received in response to his comments. No one would have questioned him had he offered his blind support of the LEO’s involved in that shooting, but because he has a dissenting opinion on the matter he somehow has become a cop-hater in many people’s eyes. I don’t get it. If you know anything about Nick Palmisciano, you know he’s a man that calls it how he sees it. He did the same in this instance, and I would expect nothing less of him. In fact, I would be disappointed had he watered down his opinion just because many of his customers are in law enforcement. No one wants to be pandered to, and I think that goes for those in the law enforcement community as well. 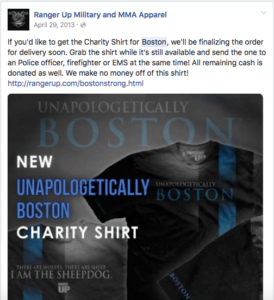 Of anyone I know, he is the last person that could be accused of having anything less than pure adoration for the exceptionally tough job our LEO’s face on a daily and nightly basis. He has put his money where his mouth is on numerous occasions, having donated thousands of dollars as well as the resources of his company to support those in the law enforcement community. On top of that, he has served his country honorably. At minimum, that should give him the same right that everyone else has: to voice his opinion on relevant issues.

You may disagree with him on the issue, and you may have more law enforcement experience than him. That’s fine, and I think it’s good for everyone when people on opposite sides of an issue exchange in healthy dialogue. In this specific case, if you weren’t one of the two officers on the scene in Baton Rouge, then your opinion on the matter is no more or less qualified than his at this point in time. Until the full investigation is done, all any of us have is our opinion which is based on a few grainy videos, inaccurate media coverage, and hearsay from someone who knows someone. Nick, me, and everyone else on social media are still going to spout their opinion – and all those opinions are equal in validity at this point.

Whatever you do, don’t accuse him or Ranger Up Military and MMA Apparel of being cop haters. Don’t pull your support from a company that has done amazing things for the military, veteran, first responder, and LEO communities. Don’t degrade a man who has honorably served his country, gives back to those around him at every opportunity, and is devoted to his family. It’s not right to break out the pitchforks and torches over someone having a different opinion on the details of a hot and divisive topic. Exercising our first amendment rights is one of the most patriotic things we can do, and unless someone is inciting violence or other criminal behavior, we should respect their opinion… even if we don’t agree with it.

Marty Skovlund, Jr. is a veteran of the 1st Ranger Battalion and Syracuse Recruiting Battalion, a former small business owner, the author of Violence of Action: The Untold Stories of the 75th Ranger Regiment in the War on Terror (Blackside Publishing) as well as Ranger Knowledge: The Complete Study Guide (St. Martins Press). He is also the executive producer of the award-winning documentary Nomadic Veterans, and the award winning short-narrative Prisoner of War.