HomeNationVeteransImposter Syndrome and Why My Editor is a Pimp 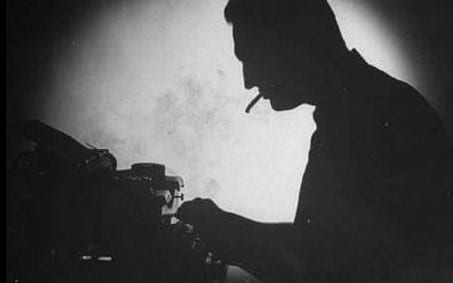 My Havok Journal editor is a pimp! There, I said it. And I love him dearly.

Do I have your attention? Good! Now let me explain.

In some ways, he knows me intimately. (Eww no! Not like that, you filthy-minded animals!) He knows what makes me tick and there are times when he sorta acts like a counselor to me. I get in a mood, and I message him. He lets me vent and then provides some good feedback. Finally, he tells me to write about it and send it to him. See? Prime pimping style right there!

So today I’m baring my soul and all of you get to be voyeurs into my mind and some of the interaction he and I had today via text. The crux of my issue for the past 24 hours is a bad case of imposter syndrome. And that feeling has been a problem for me from the beginning of my association with The Havok Journal as a writer. In case you don’t know what Imposter Syndrome is, Wikipedia has this to say about it.

“Impostor syndrome, also known as impostor phenomenon or impostorism, is a psychological occurrence in which an individual doubts their skills, talents, or accomplishments and has a persistent internalized fear of being exposed as a fraud. Despite external evidence of their competence, those experiencing this phenomenon do not believe they deserve their success or luck. They may incorrectly attribute it to the Matthew effect, or they may think that they are deceiving others because they feel as if they are not as intelligent as they outwardly portray themselves to be. Impostor syndrome can stem from and result in strained personal relationships and can hinder individuals from achieving their full potential in their fields of interest.

When impostor syndrome was first conceptualized, it was viewed as a phenomenon that was common among high-achieving women. Further research has shown that it affects both men and women, in the collective sense that the proportion affected are more or less equally distributed among the genders. Individuals with impostor syndrome often have corresponding mental health issues, which may be treated with psychological interventions, though the phenomenon is not a formal mental disorder.”

Now you might ask why I feel like an imposter writing for The Havok Journal? As a trial attorney might say, “Ladies and gentlemen of the jury, I present to you Exhibit A, which will beyond a shadow of a doubt prove to you that the Defendant, Mr. Chamberlin, is an imposter and does not merit a position as a writer for The Havok Journal!” What is Exhibit A you might ask? The damning evidence can be found on the Authors page of The Havok Journal. Please take a moment and scroll through the bios of the authors. It won’t take you long to see what I’m talking about. And given the fact that it’s primarily a war journal – well, ‘nuff said, right? The Havok Journal has writers who have been involved in real combat. Me? Air Force. Where we send our aircrews, mostly, off to do the Air Force kind of combat.

Now please don’t get me wrong Air Force brothers and sisters. That is in no way intended as a putdown to you or as a marginalization of what the USAF does. Most folks don’t appreciate the destructive force we bring to a conflict if completely let off our leash. The Shock and Awe campaign of Iraqi Freedom never happened. I was briefed on it in theater beforehand. What everyone saw was way watered down because it wasn’t needed. Saddam was gutted by 2003.

No, this is about me being transparent regarding my psyche, and has nothing to do with anyone else’s service or branch. I see the bios of The Havok Journal authors and read their stories when they post. Every single one. I don’t belong in their illustrious ranks. Now I don’t view myself as a fraud, as the Wikipedia page states, but come on. Look at what they have been through. Read their articles. They are all amazing and I’m in awe of each and every one of them. And just the other day, the Big Wigs at The Havok Journal posted an end-of-year podcast that just further cemented my belief in being an imposter.

This imposter-ism is maybe better described as just having a sense that you don’t belong in a group. Not that they make you feel that way, it’s all in my head. As an example, due to some work I’m doing for the group, I’ve been invited to attend a big dedication event for the John P. Connors Memorial Project. He was a Navy SEAL who died in Operation Just Cause. This event is going to have all sorts of people from the Teams, past, and present. The thought of rubbing elbows with them quite frankly terrifies me. Oh, I know they are all down to earth and would treat me very nicely and be incredibly warm. But who am I to be there? It’s like crashing the King of England’s family reunion. (Sorry SEALS – not meant as an insult, lol.) Honestly – square peg in a round hole, right? And the peg is five times larger than the hole.

But now you are getting a glimpse into my tangled mind. It also probably doesn’t help that I have social anxiety issues. It’s not a problem with people I know but being invited to social events where I don’t know anyone is very difficult for me. I suppose a good counselor would see a link between all my issues and have me well-adjusted just in time for my funeral.

My editor/pimp mentioned this to me during our chat today. (Slightly edited)

“Dave, what I’ve discovered is that there is almost always a self-imposed hierarchy no matter what you’re talking about.

I’ve experienced it while in the USAF–I felt inferior to the Army.

Then when I was in the Army, I didn’t count myself as a veteran because I wasn’t in combat arms.

On the Operations side: Special Operations is inferior to Special Forces, Rangers are superior to infantry, combat support is inferior to combat arms and it goes on and on…The truth is–there are good eggs and bad eggs in every group. Everyone has a role.

You have imposter syndrome because you’re genuine and you respect the sacrifices people make.”

What he says is absolutely true. And I definitely don’t feel like an imposter with my peers in my areas of experience and expertise. And I know for certain that the other Havok writers wouldn’t want me to feel this way.

I guess his last line makes the most sense. My respect for these people who put their lives on the line, and watched buddies die, knows no bounds. To say that I belong in their group, in my mind’s eye, would be disrespectful.

And I hope that each of you doesn’t take this as me whining and moaning. I’m not. As I mentioned in the beginning, it’s an opportunity for you to see into my not so well adjusted psyche.

Perhaps this is another way to explain it. If it were even possible, I wouldn’t want to be buried at Arlington or the Punchbowl on Oahu. My respect for them is too great to be laid down beside them.

Guess what? You’ve just seen someone work through a problem. I feel somewhat better now. It’s not unusual for counselors and therapists to ask clients to journal and for many people, it’s very effective. If you’re struggling, you should give it a try. And definitely seek out counseling if things continue to bother you. Sometimes you do have to try different counselors/therapists to find one that clicks for you, so don’t give up.

This imposter syndrome can be a real bear, but it’s generally all in your head. Truth be told though, the things in our heads are the hardest issues to deal with. Aren’t they?

The reality is that you do belong. You aren’t an imposter. Just like I belong with The Havok Journal and at the Connors event. And here’s why. The head of a spear is completely dependent on the shaft to get it to the target. Alone it just becomes an unwieldy knife. I’m not at the pointy end, but that’s okay. In one way or another, I’ve supported them for over 43 years and will continue to do so.

In closing, I’d like to thank my pimp for all that he does for me. Seriously. He’s a great editor and friend.

Hey, wait a minute! I don’t get paid for any of this. Ugh!