HomeNationVeteransVets Can Spot Each Other Miles Away 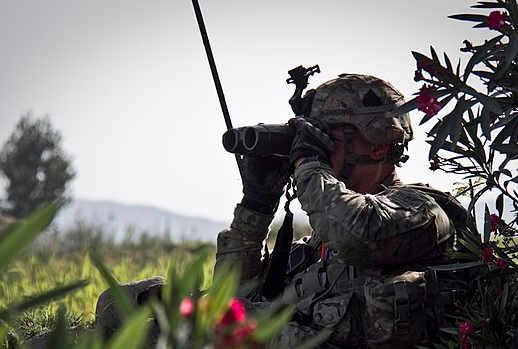 This first appeared in Frank’s blog on April 5, 2017, as “Compliment.” It is republished here with the author’s permission.

I sat across from an old man last night. My friends and I had just finished setting up snacks for the patients in the psych ward, so I found a chair and started talking with Jerry. He had on the standard maroon pajamas and an off-white bathrobe. Jerry had forgotten to fasten a couple of the buttons on his shirt. His white hair was unkempt, and his eyes looked even redder than mine. He was tired, but alert. I’m not entirely sure why he was at the VA hospital, but he didn’t seem at all confused.

Jerry told me that he had first come to the VA back in ’78. “Yeah, I was losing everything: my wife was leaving me, I was going to lose my job, and lose my license. I don’t where I would be if it wasn’t for this place.” He stopped, and said, “I’d probably be dead.”

It was getting late, and Jerry smiled and asked me, “So, what are you here for?”

I pointed the tables with the popcorn, fruit, and cookies. “I bring the snacks.”

Jerry looked lost for a moment, and then he said, “Oh, you bring the snacks here. I thought you were a patient. You’re not here for treatment?

Jerry seemed uncomfortable. “I thought you were a vet.”

He paused and rubbed his unshaven cheek. “I meant that as a compliment.”

I took it as such.