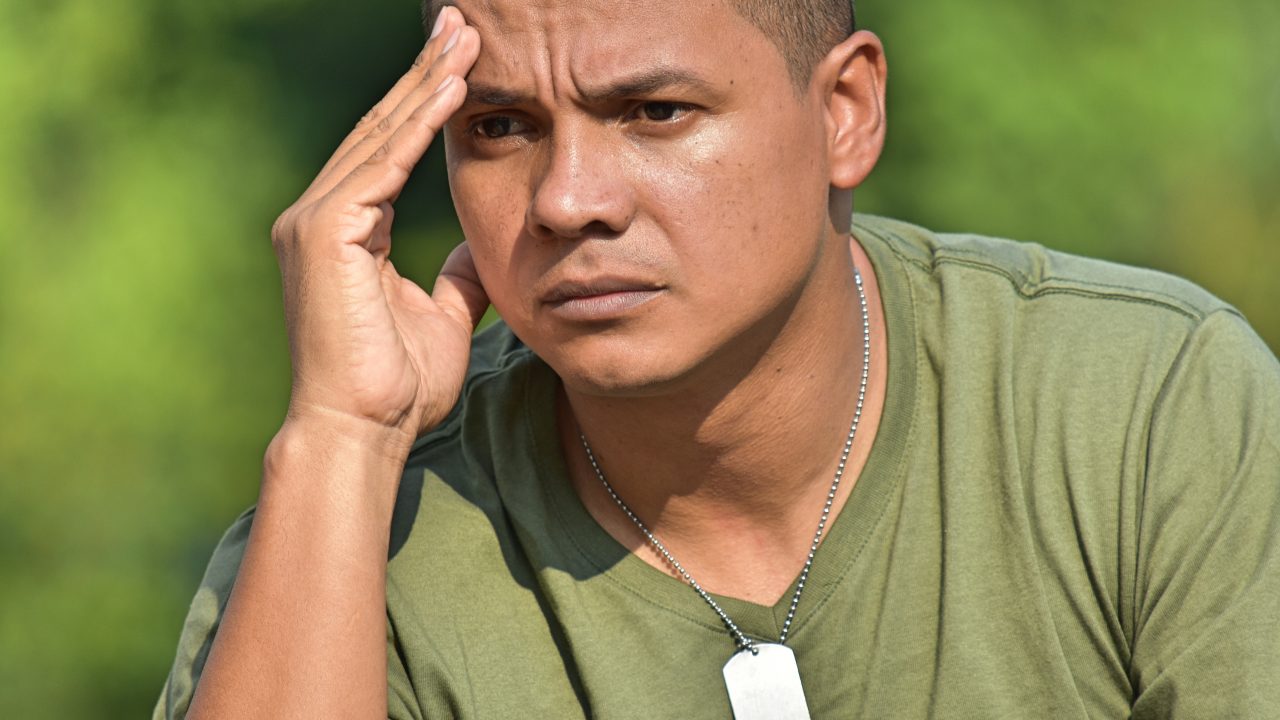 PTSD is a mental health condition that can be triggered by exposure to a traumatic event, such as combat, sexual assault, or a natural disaster.

Many veterans who experience PTSD seek treatment from the Veterans Health Administration (VHA), which offers a range of services to help veterans manage their symptoms.

But is there an alternative to traditional PTSD treatment? Some veterans are finding relief from their symptoms by using cannabis. While there is no cure for PTSD, cannabis has been shown to be an effective tool in managing the condition.

Cannabis, in particular the CBD part of it, can help to reduce anxiety, improve sleep, and alleviate flashbacks and nightmares. It can also help veterans to cope with stress and to feel more connected to their community.

We will talk about CBD products in general but it’s important to know that CBD is largely advertised and distributed lately, and not every product is of the same quality. In further text, we’ll rely on what some of the best CBD products on the markets can do for PTSD.

Before we go further, let’s take a closer look at what PTSD actually is, and how cannabidiols might help remedy it.

What Is CBD and How Does It Work?

CBD, or cannabidiol, is a compound found in cannabis plants.

Unlike its more famous cousin THC (tetrahydrocannabinol), CBD does not produce a high or psychoactive effect. Instead, CBD has been shown to have a variety of potential health benefits, including reducing anxiety, relieving pain, and improving sleep.

The Working Mechanism of CBD in Our Bodies

CBD interacts with the body’s endocannabinoid system, which is responsible for regulating a variety of functions, including mood, sleep, appetite, and inflammation.

When CBD enters the body, it helps to restore balance in the endocannabinoid system, which can help to reduce anxiety and promote better sleep.

PTSD can develop after a person experiences a shocking, scary, or dangerous event. PTSD is marked by three main types of symptoms: reliving the event (also called re-experiencing), avoidance, and increased anxiety or emotional arousal (hyperarousal).

Most people who go through a traumatic event will have some of these symptoms for a short time. But if the symptoms last more than a few weeks and interfere with your everyday life, you may have PTSD.

It’s not unusual to have PTSD along with depression, substance abuse, or another anxiety disorder.

PTSD can happen at any age. It occurs in people of all ethnic groups and in both men and women.

Usually, soldiers who have been in combat are at high risk for PTSD. But people who experience other types of traumas, such as a natural disaster, car accident, or physical or sexual abuse, can also develop the disorder.

PTSD symptoms can start within one week of the event, or they may not appear until years later. They also might come and go over time.

You may have flashbacks of the trauma. You may feel like you’re going through the event again. This can be so strong that you lose touch with reality and have physical reactions, such as a pounding heart or sweating. You might also have nightmares. Or you may experience emotional reactions, such as fear, guilt, or shame.

You may try to avoid anything that reminds you of the event. You may even avoid thinking or talking about it. You might not want to be around people who remind you of what happened. You may feel numb, disconnected from others, and unable to trust anyone.

You may be jittery, always alert for danger, and easily startled. You might have trouble sleeping and concentrating. You may be irritable and have outbursts of anger. Or you might abuse drugs or alcohol to try to numb your feelings.

How Can CBD Help Veterans Suffering from PTSD?

PTSD, or post-traumatic stress disorder, is a condition that can develop after someone experiences a traumatic event. Common symptoms of PTSD include flashbacks, nightmares, anxiety, and depression.

While there is no cure for PTSD, there are treatments that can help to manage the symptoms. CBD oil has been shown to be an effective treatment for PTSD, as it can help to reduce anxiety and improve sleep. In a study of veterans with PTSD, 78% of participants reported a decrease in symptoms after using CBD.

The Benefits of Using CBD to Treat PTSD

There are a number of benefits of using CBD oil to treat PTSD, including:

CBD has been shown to reduce anxiety in animal studies and human studies. In one study, 24 people with social anxiety disorder were given either 600 mg of CBD or a placebo before giving a public speech. Those who received the CBD had significantly less anxiety and discomfort during the speech than those in the placebo group.

PTSD can cause insomnia and disrupt normal sleep patterns. CBD has been shown to improve sleep in animal studies and human studies. In one study, 40 veterans with PTSD were given either 25 mg of CBD or a placebo before bedtime. Those who received the CBD slept significantly better than those in the placebo group.

How to Get Started Using CBD for PTSD Treatment

If you’re interested in using CBD oil to treat your PTSD, there are a few things to keep in mind. First, it’s important to talk to your doctor about whether CBD is right for you. CBD is generally considered safe, but it can interact with some medications, so it’s important to get the okay from your doctor before using it.

Once you have the green light from your doctor, it’s time to find a quality CBD oil. There are a lot of CBD products on the market, so it’s important to do your research to find a product that is high quality and pure. Look for products that are third-party tested and made from organic, US-grown hemp.

Side Effects of CBD and How to Manage Them

CBD is generally considered safe, but there are some potential side effects, including:

CBD can cause dry mouth, which is why it’s important to drink plenty of water when taking it.

CBD can interact with some medications, so it’s important to talk to your doctor before taking it.

If you experience any side effects from CBD, they should be mild and temporary. If you have any concerns, talk to your doctor.

CBD oil is a promising treatment for PTSD, as it can help to reduce anxiety and improve sleep. If you’re interested in using CBD oil to treat your PTSD, talk to your doctor to see if it’s right for you.

When choosing a CBD product, look for one that is third-party tested and made from organic, US-grown hemp.