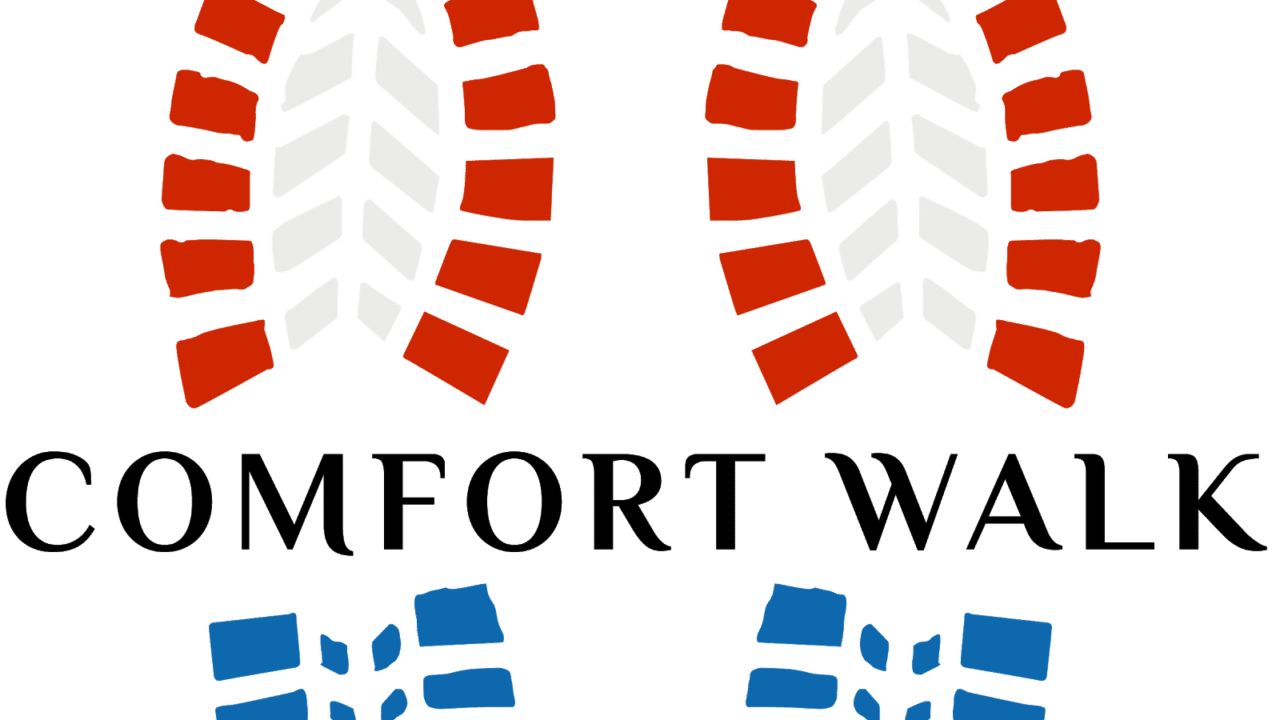 The Comfort Walk helps to raise awareness of veterans’ mental health and suicide issues in the southern New England region of Connecticut and Rhode Island. It also helps to bring attention and funding to the cognitive agro-therapy program for veterans run by former Army Ranger Jon Jackson. On Memorial Day weekend of 2020, Stephen Lewis will walk 70 miles in three days, starting at the Manchester Army-Navy/VFW in Manchester CT, and finishing at McBride’s Pub in Providence RI. Along the way, Steve will be joined by veterans who will cover individual legs of the walk. Last year he was joined by veterans from the local area as well as from other parts of the US. In 2018 Steve was joined by veterans Russ Collins, Joe Cox, and Eddie Contreras who had conducted the Walk of Life, a trek that covered the length of the United States Jon Jackson founded Comfort Farms in 2016 in the name of Captain Kyle Comfort, who was Jon’s company commander until he was Killed In Action in June 2010. Jon responded to his own mental health crisis by founding the farm, which utilizes a program of cognitive agro-therapy to work with veterans on improving their mental health. The mantra of the farm is “Growth Through Discomfort”. Jon and his farm have received national attention for their work with at-risk veterans, and Jon recently received high praise in featured coverage in Civil Eats. Jon will be here to support our efforts. 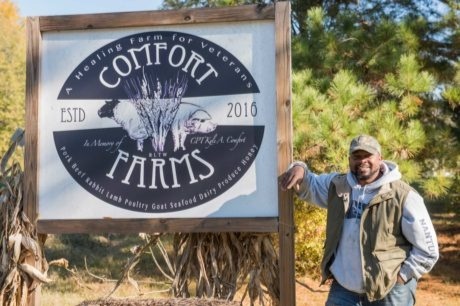 This year’s Comfort Walk will be taking place from May 23 to May 25, 2020. Due to the coronavirus shutdown, there will be two stages: The first leg begins on May 23rd at the Army-Navy Club and VFW in Manchester, CT, and ends late morning at the University of CT Storrs campus. The second leg of day one begins at UConn and ends in the historic Dayville section of Killingly CT.  May 24th will be a recovery day. On Memorial Day May 25th the third and final leg begins at the Comfort Inn in Dayville and ends 30 miles later at McBrides Pub in Providence, RI. The opening ceremony features the presentation of an Honor and Remember flag given to the family of Armondo Serrano, a veteran lost to PTSD and concludes with a reception at McBride’s in the afternoon following Steve’s arrival. Both ceremonies are anticipated to be virtual at this time. If you’d like to support this year’s Comfort Walk, you can contribute through the event’s GoFundMe page or by helping to share the word.

Steve Lewis has been an educator and an athletic coach for nearly 30 years. For much of that time, he was a successful high school and college football coach in Connecticut. After the events of 9-11-01, many of Steve’s former athletes joined the military. In the succeeding years, they didn’t return the same way they went out, and this led Steve to become interested in veteran affairs. In 2017 he conducted the first annual Comfort Walk, a 70-mile 3-day trek from Manchester CT to Providence RI on Memorial Day Weekend to raise awareness of veterans’ mental health issues. In 2017 Steve also assisted the veterans of the 1-24th Infantry Regiment in their Walk Of Life. Steve regularly participates in the CT Run For The Fallen and has helped out in other veteran events and presentations including hosting a veteran’s assembly and classroom visit to his school. A civilian, Steve comes from a military family as the son of USMA 1952 and grandson November 1918. He has previously authored articles on fisheries issues and is looking forward to contributing his writing talents to military matters and veterans’ advocacy.
Tweet
Share
Pin
Share1
1 Shares
Tweet
Share
Pin
Share1
1 Shares