HomeCultureMilitaryWalk In My Combat Boots: A Ranger Review 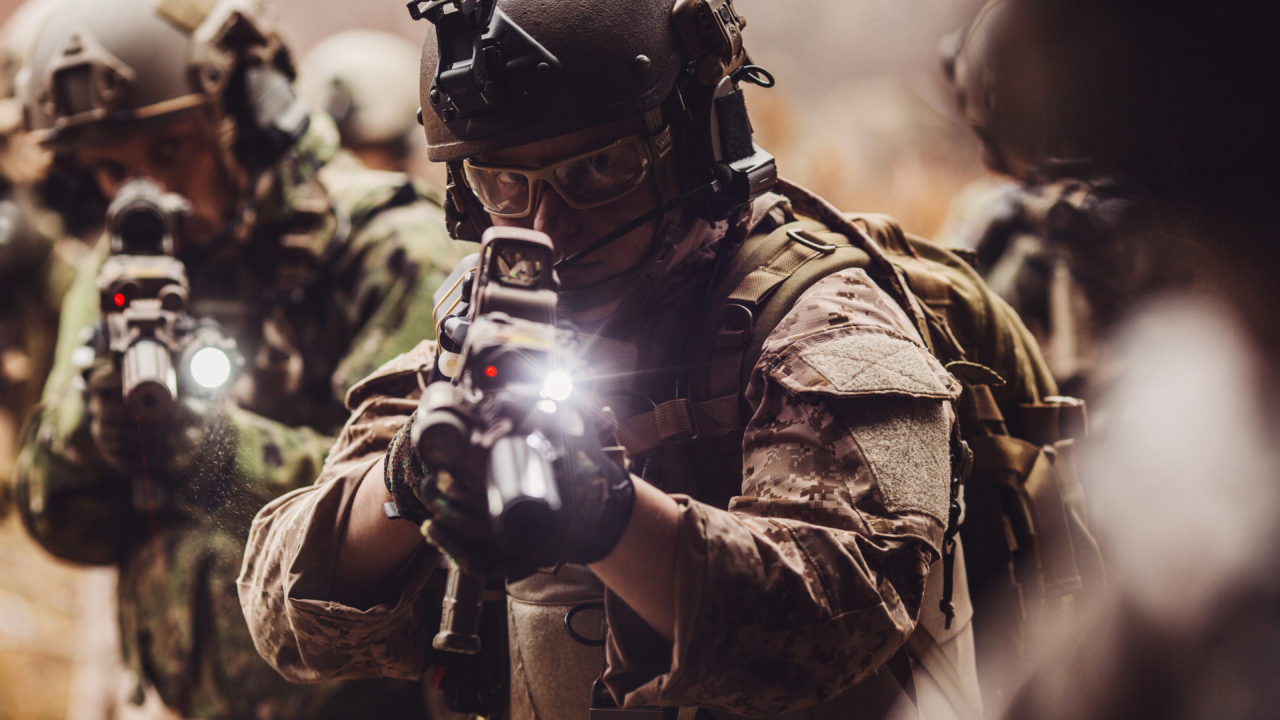 Last week, James Patterson released a new book, Walk In My Combat Boots, in collaboration with Ranger and First Sergeant (Retired) Matt Eversmann, along with Chris Mooney. Those who experienced combat first-hand know-how raw those experiences can be and how they never truly leave us. They are some of the most intimate moments in our lives that can routinely consume our thoughts and are often seminal moments in a person’s life. They are raw, real, and tangible.

In an instant, a seemingly insignificant sound or sight can open a wellspring of emotions. The senses return – a flash of light, the scent of burnt flesh, the vibration felt in the chest after a mortar round impact, the taste of earth in IED dust, and the ringing in the ears after an explosion or prolonged firefight. These emotions can occur at a moment’s notice: alone or in a crowd, in the shower or watching TV, in a sporting event stadium, or drinking alone at the house.

The moments the authors of Walk In My Combat Boots capture highlight brutally honest stories and weaved them together in an ensemble of tales that will have you riding the highs and lows of those who have gone into the depths of hell on earth and lived to tell about them. They’re tales of victory and defeat, pride and grief, honesty and more soul-crushing honesty about lost buddies, maimed comrades, struggles of leaving and reintegration, and battle with the experiences they export to the homefront. They are the stories a country riddled with division, hatred, and anger needs to hear – ones of service, sacrifice, and putting others’ needs ahead of themselves, regardless of the outcome.

In a nation entrenched with now seemingly endless wars, where the civil-military divide is wider than it has ever been in the 21stcentury, this book can help begin to bridge the gap by sharing the experiences of the “other.” On social media, I often see comments around the federal holidays of Veterans Day, Memorial Day, and Armed Forces Day like “thanks for your service.” Occasionally, others ask me what they can do to go beyond an appreciated but abbreviated verbal expression. Reading this book would be one strong suggestion.

Empathy can narrow the chasm between civilians and those who have gone to war on behalf of their country. This book can be a solid start to building that understanding. It can serve as a solid foundation of appreciation that can only be found by “walking a mile in someone else’s shoes.” Reading this book goes a step further – it takes you to places many have never seen, heard of, or experienced first-hand. These stories aren’t always the ones you want to read because of the outcomes, but they’re the Veterans’ stories from Vietnam to the Global War on Terror our nation needs to read.

Mike Kelvington grew up in Akron, Ohio. He is an Infantry Officer in the U.S. Army with experience in special operations, counterterrorism, and counterinsurgency over a dozen deployments to Iraq and Afghanistan, including the 75th Ranger Regiment. He’s been awarded the Bronze Star Medal with Valor and two Purple Hearts for wounds sustained in combat. He is a graduate of the United States Military Academy at West Point, a Downing Scholar, and holds masters degrees from both Princeton and Liberty Universities. The views expressed on this website are his own and do not reflect those of the U.S. Army or Department of Defense.