HomeNationVeteran’s Day: It’s Not All About Us 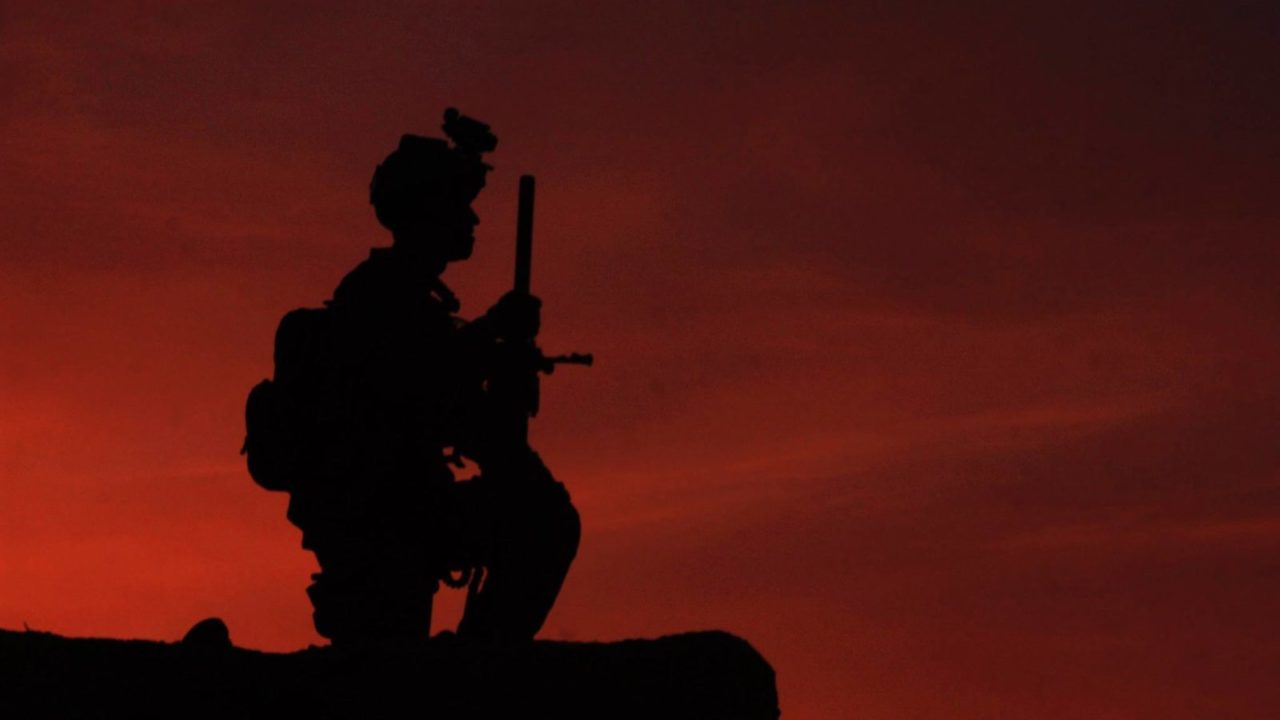 Editor’s Note: In this well-argued piece sure to inspire controversy within the veteran community, a special guest writer (who must remain anonymous due to operational reasons) offers his views on Veterans Day to his comrades-out-of-arms.

As any soldier, sailor, or Marine can tell you, and as every battalion commander inevitably tells his troops in an attempt at inspiration before they embark on yet another deployment thousands of miles from home and centuries from a world that any Westerner can understand, we are the 1%. We are the 2.8 million Americans who have served in Afghanistan and Iraq and returned home as citizens. And not only served, but sacrificed. Nearly 7,000 brothers and sisters lost, over 50,000 wounded, countless relationships destroyed, lives interrupted by years spent overseas.

Why did we do it? What does it all mean?

I suppose for all of us, we can say that we have been successful at our primary goal – avoiding a repeat of the tragedy of September 11thin America – but I think we all have questions whether our wars were necessary, or even helpful, in achieving it. We have defended America, but Islamic terrorism has continued with attacks in Madrid, London, and countless other places all over the world. Terror groups opposed to America and Western civilization continue to find and keep safe havens in the Middle East and elsewhere. I doubt that any of us have watched the dispiriting resurgence of ISIS in Iraq and the Taliban in Afghanistan and recognized anything like the result we envisioned the first time we took a C130 into BIAP or KAF.

However, no one can question our own victories, the ones that never made it into a headline: getting a friend back to a MEDEVAC in time to save his life; showing decency and kindness to civilians in the same village you just took sniper fire from on your last patrol; capturing and killing thugs who had been blowing up our compatriots and tyrannizing their own.

Furthermore, we have become scholars of eternal truths about courage, honor, life, and death, at the same time that it seems those things are increasingly hard to understand for most of our countrymen.  We know what it is like to assume 100% responsibility for our comrades, and we have dug our elbows into the sand as bullets whipped by and then propped ourselves up and returned fire. These experiences are an understandable source of pride to most veterans, and in fact, many a man or woman has actually come back from the war a better person because of them.

Just as important, our time overseas brought an incredible sense of camaraderie toward those who were there with us – in another gun truck or patrol base or AO, or even another deployment. Unfortunately, though, those experiences can attritus, too. Often times, we come home and are still fighting the same wars, but without the support of the friends who helped us survive them the first time.

They are real battles, with real psychological and physical manifestations. Many of us struggle with them daily, and many of us have friends who have given in to the temptation of suicide as a consequence. We recall their names along with the brothers and sisters we lost overseas.

These struggles, these victories – they are all fitting subjects for a Veteran’s Day. But they should not be the only topics our nation discusses on November 11th. America goes to war to secure political objectives – whether they are freedom, security, a stable balance of power, whatever – and it should go to war as a nation. Focusing the conversation only on ourselves, on veterans, enables most of the country to tune out of decisions on war, and it enables politicians to make superficial commitments with the lives of soldiers – deployments like Somalia that lack true national resolve.

We can never speak for the dead, but we can seek to honor them through memory. Surely, though, we dishonor them by considering only their task, and not their purpose, by treating war as something soldiers do, a real-life “Call of Duty”, and not the sacred commitment of a nation. Surely, we dishonor them, by making November 11th all about veterans. Because this isn’t all about us.

While we can never compensate the dead, or amend the tears in their families, for us – for the living – the costs we bore have not been without acknowledgment or adjustment. Unlike most armies in history – up until World War 2 even – our retirees and disabled receive a pension which is far out of the reach of most Americans of our generation. When necessary, we are recipients (beneficiaries doesn’t seem quite the word for what the VA provides) of free medical care from a system, which although inadequate, mainly fails due to the range and generosity of care  it is obligated to cover – including wounds that a first sergeant wouldn’t have reported in his daily status report while sitting on a troopship in the Pacific 75 years ago.

The list goes on:  all of us receive free tuition to university (and, let us be frank, preferential admissions) if we haven’t already gotten it; priority status for government jobs; and even more lucratively for some of us, government contracts. This is not even to mention the individual gratitude of millions of our fellow countrymen, made tangible by the impressive efforts of thousands of private charities trying to take care of the material and psychological needs of returning veterans and active service members.

None of these are small things – just ask the homeless WWI veterans who camped on the national mall during the depression to demand an early bonus, or the Revolutionary War veterans who were treated similarly – but neither are they the most important campaign prize this generation of veterans has received: genuine respect from civilians and older veterans.

It is not a small victory; we have all heard the stories of the poorly treated Vietnam veterans, or Korean War veterans who earned scorn for a truce. If not, you can visit any other country in the world, and see how they view their military and treat their service members. The admiration, sympathy, and the deference that our generation of veterans has received is extraordinary. The relative amount of those feelings may not be the same from every quarter, but the combined effect – for the military to be heroes, victims, and wise men – all at once! – is surely like nothing ever seen in American history.

What a rare and powerful thing! An opportunity for us to honor our fallen friends, to honor our own experiences, by continuing the mission of any warrior in a free society: defending his people and their rights, and advancing the ideals of his nation.