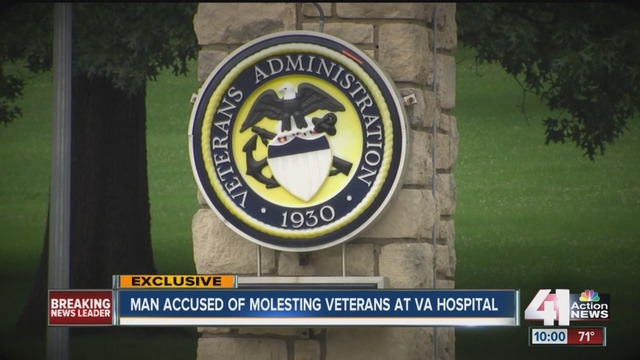 Editor’s Note:  This article first appeared in The Havok Journal on 10 July 2015.  We were recently contacted by an attorney representing two of the alleged victims and wondered if any of our readers had any updates, or personal experiences with Dr. Wisner, good or bad, that they would like to share.

Kansas City, MO – The United States Department of Veterans Affairs has found themselves in the midst of yet another scandal. According to breaking news reports out of Kansas City, a physicians assistant formerly licensed by the state of Kansas and employed by the Dwight D. Eisenhower VA Medical Center in Leavenworth, Kansas has surrendered his license following allegations that he has sexually abused at least seven different veterans. 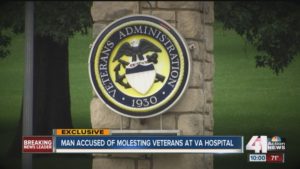 The medical professional in question, Mark E. Wisner, PhD, P.A., is a retired major in the Kansas National Guard and is facing felony and misdemeanor charges for a variety of medical improprieties that range from sexual propositions and molestation of male veterans suffering from post traumatic stress to, in one case, allegedly attempting to sodomize an unconscious male veteran seeking treatment.

According to a source close to one of the victims, Wisner specifically targeted veterans who were suffering from post-traumatic stress or otherwise seemed to be in a place of vulnerability. The source, who asked to remain anonymous, said, “In one instance, he reviewed a male veteran’s medical records without authorization, discovered he had disclosed childhood sexual trauma to his therapist in an earlier appointment, and then proceeded to molest him multiple times under the guise of a testicular examination that turned out to be completely medically irrelevant. As a medical professional, he betrayed the inherent trust given to him by his patients.” According to records released by the Kansas Board of Healing Arts (KSBHA), there are seven veterans in total who have come forward, but several more who are starting to come forward since the original story broke.

In addition to the illegal activities that Wisner has been accused of, the VA Medical Center in Leavenworth, Kansas has reportedly made repeated efforts to sweep the allegations under the rug. The first victim to come forward filed a report with the Veterans Administration Police on February 22nd, 2014. The police turned the matter over to administrators at the hospital, but Wisner was allowed to continue practicing medicine at the VA Medical Center until April when another veteran came forward with allegations of sexual misconduct.

But instead of reporting him to the KSBHA, Dr. Wisner was allowed to resign and continue practicing medicine in Holt, Kansas for nearly another year, as well as maintaining a license as a substitute teacher at the local school district in his hometown. It wasn’t until February 10th, 2015 that the mounting allegations resulted in Wisner surrendering his medical license indefinitely. The Leavenworth VA Medical Center never reported the improprieties to the KSBHA. Local reporters who have attempted to attain statements from the VA on the matter appear to have been met with stonewalling in an attempt to keep a story from developing.