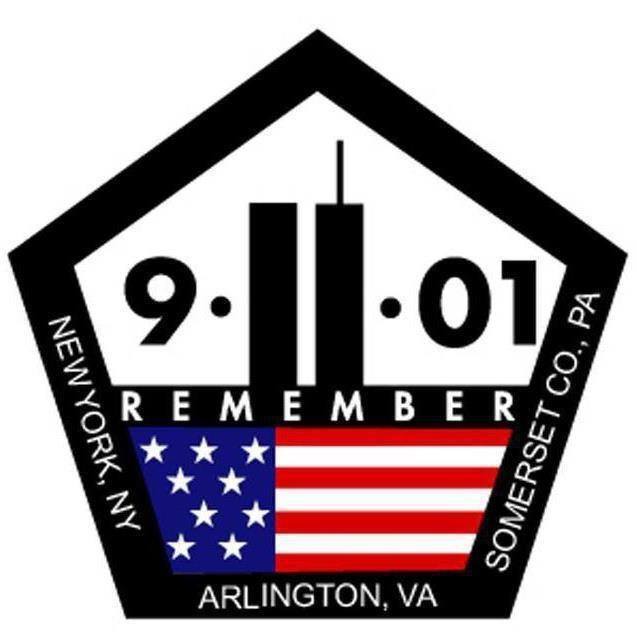 Although it has been 15 years since the attack on our soil, most everyone can remember exactly where they were when two planes crashed into the Twin Towers, one in a Pennsylvania field, and yet another collided into the outer walls of the Pentagon on September 11, 2001.  The whole world was witness.  Today is not a day to argue about the conspiracy theories, but a day to stand united, like we did on September 11, 2001.

Where were you when our great nation forever changed?

“Where I was September 11th.  I was in my home town of Cape Girardeau, MO sleeping from working a double shift the night before at Saint Francis Medical Center.  Mind you, I had just signed paperwork and was sworn into the U.S. Navy September 7th…My mother came downstairs and kept yelling at me, “See!  Told you Brandon!  As soon as you signed up you would be going to war!  Turn on your damn TV”!  Needless to say I blew her off.  She came down shortly after and said “There goes another one Brandon!  Turn on your damn TV and see what you got yourself into”!  I turned my tv on…said to myself, “well…it’s what I signed up for!” -Doc. Buttrey

“I was in a high school biology class on base near NSA.  We were evacuated due to the fear of them hitting the agency next.  I ran home which was a mile away with my best friend and we picked up my sister on the run.  It was extremely quiet when they shutdown the airport.  All the planes from BWI flew over my house.”-Nick Irving

“On September 11th, 2001, very early that morning I dropped Erik off at school, I pulled out of the school parking lot & heard the devastating news that the first plane had hit the first tower. Spent the day working with a girl whose Uncle worked at the Pentagon. We prayed.  On September 11th, 2003, I watched as Erik Klinger took his oath to support and defend the Constitution of the United States against all enemies. Erik, Barry, Alex & all the others who chosen to take that oath, those who put on a uniform everyday~police, fire & EMS are my heroes now & forever.” Genie Mjelde

“Kent State University waking up after the first tower was hit wondering what the hell was going on.”-Jacob Meyers

“I was an A/S3 for 3-17 CAV at Fort Drum NY. I was also the Force Protection Officer and luckily, I had just completed doing all the Force Protection assessment stuff the previous month so I actually had a plan ready when on the shelf to block off our entrances etc. The other thing I remember was that my girlfriend (now wife) had just moved in and she was pretty kick ass in keeping it together when all the other wives were losing their shit and demanding their husbands come home.”-Christopher Otero

I was watching jerry springer in the ranger chow hall eating a 3 egg omelet after a run. The chow hall NCO came in and approached the TV. People started yelling at him like he was in a prison day room. He said men we are under attack. We all laughed. He changed the channel and everyone just watched. The pallets were already being loaded probably as we watched. Everyone stopped eating and were told to report to our companies. We were Ranger Ready force 1 and I knew once I got back to my room and out of the shower there was a chance my day could end anywhere in the world. I rushed to take a shower and change and I was met in the back lot by my platoon Sgt who told me. Doc I don’t know where we are going yet but we are going to the show.”- Donovan Ronin

“I was a high school senior. I was hanging out with my friends and we heard one of the teachers yelling about what was happening. We ran into the cafeteria and watched live as the 2nd plane hit the towers. We were all in shock that day. Girls cried, and boys cried for vengeance. Later that month I enlisted in the Navy’s delayed entry program, and one year later I was off to boot camp to start a ten year career.” -Robert Wagner

“I was on DRF-1 grading EIB in the ‘Deuce.’  I remember when they started announcing that shit going down over the net, we all thought it was part of the EDRE stuff they were going to have us do. Then when they had us hurry back to the barracks and we saw all of it was for real, what a breath-taking moment. I remember sending off a quick email to fam/friends before they shut the internet off that it may be a bit before they heard from me again. Such a strange feeling….”- Max

“On September 11, I was on a FTX at Fort Lewis. We had been out there a day going into a five day exercise. My Commander had the whole company come up. Then she began saying this is not part of the training exercise. She gave us the news and a few of the NCOs were crying because they had family that worked in or around the WTC. Then we were told to start packing up because we were going back in. It was crazy I never seen a unit pack up to so quickly. When we reached the gates to go on base there was tanks there. Our whole convoy got searched before we were able to go on base. Then we parked our vehicles in the motor pool and we’re released.”- Eddie Rivera

“I was a Recon PLT SGT, doing an “Intrinsic Action” rotation on the border of Kuwait and Iraq. We didn’t get to see the towers video until November. We were just told to get to the border shit might be happening because the US was attacked.”- Sweyn Forkbeard

“I was in my freshman year English class when we got an announcement to turn on our tvs. Changed my life because I later turned down a full ride to join the army. I also graduated a year early bc I was impatient and wanted to kill bad dudes.”- Robert Kyle

“I was in Airborne school. 2nd week. I had just graduated basic in Benning before that.”- Johan Gomez