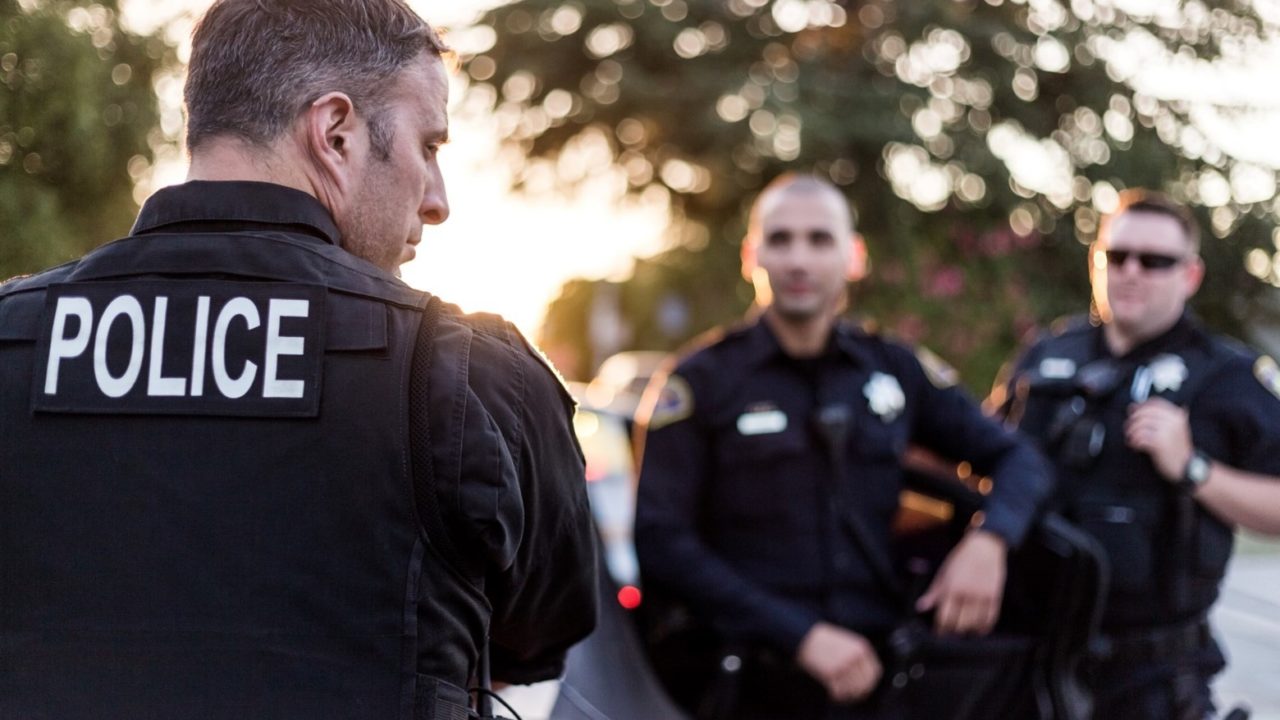 I’ve been, “on the job” in law enforcement for over 20 years. I have seen the support/popularity of law enforcement rise and fall throughout that time. The love/hate relationship looks like the US Economy when charted on a line graph. There have been high points, like after 9-11 and recession/depression low points like today. Unlike the economy though, it’s hard to predict what causes a spike or drop.

Months ago, I saw the same portion of the video the rest of the world saw in Minnesota of George Floyd. I didn’t like what I saw for a variety of reasons. Arguably some sloppy police work. The main reason I didn’t like it though was I know at this point in a career that the ripple effect of this incident was going to be felt nationwide. However, what I failed to appreciate, was what a huge effect it would have.

There are around 750,000 local, state, and federal cops in America; local cops, Sheriff’s Deputies, Highway Patrolmen, FBI Special Agents, and so on. In a nation of 328 million, that means, roughly, 1 person out of roughly 400 is working in law enforcement. A big group, by any measure. Enforcing different laws, in different jurisdictions, with not much more in common than we all fall into the “Law Enforcement” category. But, when one screws up (or is perceived to screw up), we all pay the price.

In terms of comparison, let’s take the medical field. A small percentage of doctors are found to be negligent, failing to satisfactorily do their jobs, resulting in injury or death. But, when one commits malpractice, we don’t condemn them all. Just the one(s) who screwed up. Not so in law enforcement.

There are a variety of reasons:

The media and politicians tell you to vilify the cops. First, the media. Nothing sells airtime like a good story with a sexy lead-in like, “Viewers please be advised, the following story contains graphic images.” Pop the top on that beer, turn up the volume, tell everyone else in the room to shut up, and strap in! You’re going to get to watch a 15-second video, taken out completely out of context, explained to you by a “reporter” who is trying to tap into your base emotions; anger, fear, and resentment.

Some caution here when watching these videos, when the press says someone is “unarmed” they mean the suspect didn’t have a gun. If they were armed with a knife or baseball bat that meets the media threshold for “unarmed”. Never mind that either one could kill you. If the suspect did have a gun the media will most likely refer to that as alleged, as in, “According to police the suspect is alleged to have a gun.” What better way to sough the seeds of doubt?

If the local news shows one of these, “news stories” on Monday, you’re much more likely to tune in on Tuesday to see more of the same. Much of what we think and more importantly, what we feel, comes from media. Outrage sells airtime just as well as comedy, drama or other media venues. The media, all media, in 2020 -is biased and built to do little more than making money.

Most law enforcement agencies quickly respond to the media with information regarding use of force incidents, providing bodycam videos, statements and the like. But, when it doesn’t support the money driven narrative, those videos never make it onto the news.

And what about those politicians? Their bias/hatred is multi-pronged. At the risk of sounding jaded, I see most politicians as corrupt at some level. Corruption, in general, is a crime. Who targets crime, the cops. The most powerful politician can be taken down by a rookie cop in the right set of circumstances, and politicians don’t like that. They have bought, bartered, back-stabbed and slandered to get their power. Cops get it by getting vetted, hired, trained, and sworn in. We’re often the only thing that stands between them and getting whatever the politicians want.

Politicians also don’t like it when cops refuse to enforce unconstitutional law, especially when it butts up against their political agenda. Now, more than ever, law enforcement has pushed back against politicians in this regard. When a politician forces through an edict that runs contrary to the 2nd amendment, many brave Police Chiefs and Sheriffs have stated publicly that they won’t enforce it. The same politicians that will take your guns away, all the while maintaining an armed security force (cops, troopers, Secret Service Agents) to protect themselves. So, when they need us solely for protection, they want us around.

When a Governor puts forth an illegal “law” like a curfew, mandatory face coverings, or banning groups from going to church or getting together for the holidays, law enforcement pushes back. Why? Because we answer to a higher calling, the same one the military does, the Constitution and all the associated amendments to it. Ironically, when politicians violate these laws (as we’ve seen routinely when they violate COVID quarantine restrictions) they feel that they should be immune from prosecution.

Speaking of immunity, there is a legal concept called qualified immunity. In law enforcement terms, it means that an officer who acts within accordance of the law and department policy should be exempted from personal civil liability. Basically, if you do job legally and correctly, even it involves using force, you shouldn’t have to worry about getting sued. It’s not a license to kill, just a safeguard for when a criminal tries to hurt an innocent person (or cop) the officer can defend them without having to worry about losing everything he or she owns in a frivolous law suit.

Guess who also gets qualified immunity? Government officials, such as your local Congressman or Senator. There’s talk by some politicians of eliminating immunity for cops. Why not for all?

Interestingly, as law enforcement has increasingly pushed back against politicians with illegal agendas, the attacks against law enforcement by politicians has increased exponentially. Calls for, “Defunding”, “De-scoping” and “Retraining” police has nothing to do with the mostly unbased accusations of excessive force and racial profiling. It’s all about limiting police powers when it is in conflict with political agendas.

There are many recent examples of law enforcement officials pushing back against blatant law breaking and favoritism by politicians where police officers have been fired for doing so. This includes the Police Chief of Oakland California being let go for being a whistleblower for corruption within a civilian review board. The review board routinely demanded special treatment, including one member demanding to be reimbursed for tow fees when his car was illegally parked. When the Oakland Chief refused, she was fired. More recently, the Chief of Portsmouth, Virginia was fired for having a local politician arrested for felony vandalism during a protest. By the way, both were female Chiefs, the latter being African American.

Remember too that, “Legislators” (a nice term for politicians) introduce and pass laws, not cops. Through bills, and propositions they decide what laws are codified for cops to enforce. You don’t like a law, don’t blame me, blame the politician that, “legislated” it into existence in the first place. They are also the ones who can take laws off the book, like the recent “decriminalization” of hard drugs like cocaine, heroin and methamphetamine in Oregon or giving convicted felons the right to vote in California.

So, considering that almost all of your information about cops comes from the media and politicians, don’t be surprised that it’s all bad.

A) being told what to do

C) getting in trouble for doing something wrong.

Think about your parents or, if you are parent, think about how your kids think of you. If you’re a parent, and you’re doing it right, there are times you have to:

A) tell your kids what to do

B) reprimand your kids or

C) punish them when they get in trouble.

Before everyone goes off the deep end and says the cops look at the world like they are a bunch of out of control teenagers, pump your brakes! Most people (like most cops) generally do the right thing (or at least not the wrong thing), and don’t get the “A, B, or C” treatment. But some don’t, and that’s where I and 749,999 others come in.

The best way to ensure failure in life is to blame everyone else for your faults. Most accept responsibility, a small percentage don’t (those that I and the other 749,999 deal with). At the low end, if you choose to ignore speed limits, stop signs, drive drunk and so on, don’t blame me for stopping you, that’s your fault. I’m just the effect part of that cause/effect relationship. On the high end (or low end, depending on your perspective) if you choose to beat your kids, sell drugs, assault/murder people, don’t blame me if I arrest you. You made the choice to do something illegal, I made a pledge to do something to prevent it. You feel that you can live your life free of consequences, that’s fine, understand that I am the consequence.

If you want to hate me for it, go ahead. If I wanted everyone to love me, I’d have become a firefighter. For those who think I have a “holier than thou’ attitude”, here’s my response. I’m a blue-collar knucklehead, paid-by-the-hour employee like most Americans. No more, no less.

I have a friend who is a garbage collector. Like me, he is an $X amount of dollars an hour, Union employee. We both keep the streets clean. He picks up beer bottles, used paper towels and other debris that would otherwise soil the streets. I get rid of child molesters, spousal abusers, and so on. We both pick up the refuse that soils the land.

So, I challenge everyone to formulate their opinion based not on what the media or politicians want you to think. Come to your own conclusions, based on ALL of the facts. Talk to a cop, go for a ride along, check out a citizen’s academy. I can almost guarantee it will change how you feel about cops. I further challenge everyone to look at their mistakes through a “was this my fault?” lens, instead of always blaming others for your problems and transgressions.

If you still hate me after all that, I’m OK with that. After 20 years of this, I’ve learned that a certain amount of customer dissatisfaction means I’m doing a good job.