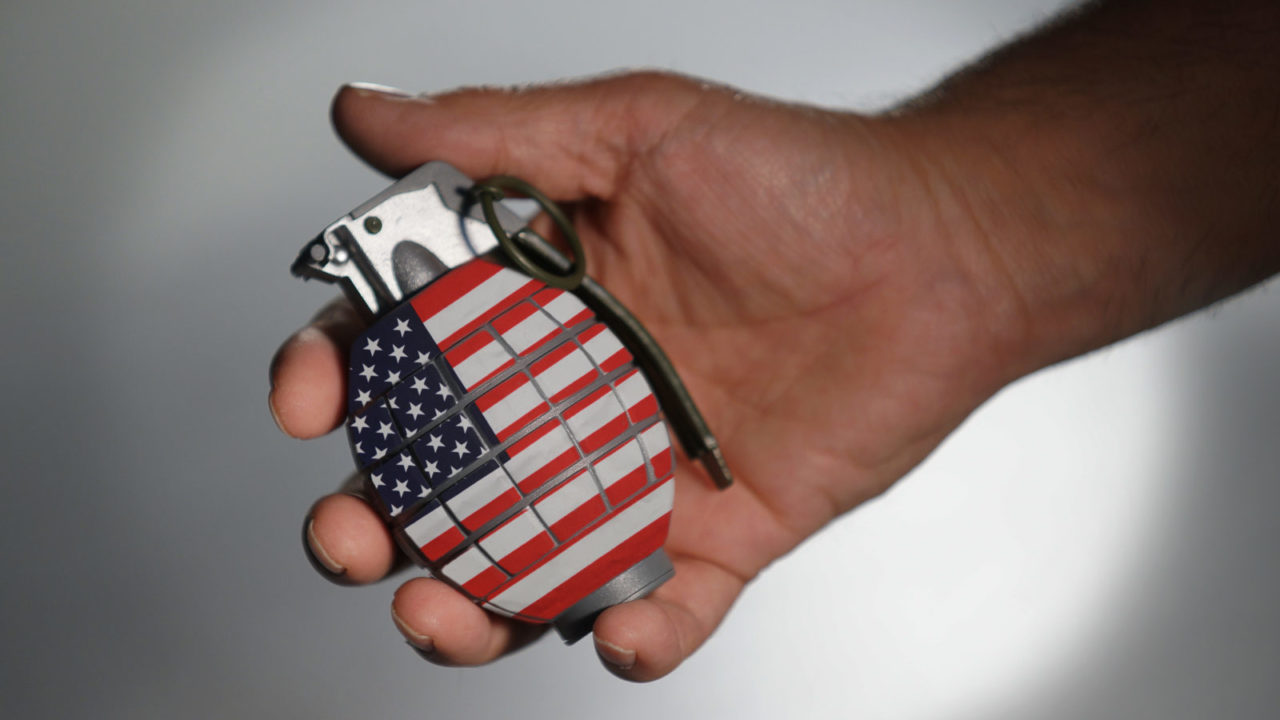 This is the third of a three-part series on this subject. Make sure to check out Part 1 and Part 2 in order to have a full sense of this story.

Most Dangerous Course of Action (MDCOA)

Take Out the Power Grid

Is it a realistic and legitimate threat, or conspiracy nut’s unrealistic pipe dream? A report in 2012 from the  National Research Council’s: Terrorism and the Electric Power Delivery System stated:

“The U.S. power delivery system is remarkably complex. Its network of substations, transmission lines, and distribution lines are not designed to withstand or quickly recover from damage inflicted simultaneously on multiple components. In addition, investment to strengthen and upgrade the grid has lagged, resulting in a high-voltage system with many heavily stressed parts. Overall, the nation’s power grid is in need of expansion and upgrading. Since all parts of the economy — as well as human health and welfare — depend on electricity, the results of a well-planned and coordinated attack on the power delivery system could be particularly devastating.”

“If carried out in a carefully planned way by people who knew what they were doing, such an attack could deny large regions of the country access to bulk system power for weeks or even months. An event of this magnitude and duration could lead to turmoil, widespread public fear, and an image of helplessness that would play directly into the hands of the terrorists. If such large extended outages were to occur during times of extreme weather, they could also result in hundreds or even thousands of deaths due to heat stress or extended exposure to extreme cold.”

“Attackers with Molotov cocktails simultaneously disabled the electrical substations of at least nine cities and towns in Michoacan, interrupting power for 15 hours.”

“The attack began just before 1 a.m. on April 16 last year, when someone slipped into an underground vault not far from a busy freeway and cut telephone cables.

Within half an hour, snipers opened fire on a nearby electrical substation. Shooting for 19 minutes, they surgically knocked out 17 giant transformers that funnel power to Silicon Valley. A minute before a police car arrived, the shooters disappeared into the night.

To avoid a blackout, electric-grid officials rerouted power around the site and asked power plants in Silicon Valley to produce more electricity. But it took utility workers 27 days to make repairs and bring the substation back to life.

A 2009 Energy Department report said that “physical damage of certain system components (e.g. extra-high-voltage transformers) on a large scale…could result in prolonged outages, as procurement cycles for these components range from months to years.”

Mr. Wellinghoff said a FERC analysis found that if a surprisingly small number of U.S. substations were knocked out at once, that could destabilize the system enough to cause a blackout that could encompass most of the U.S.”

With all the news about the danger to the power grid I’m sure that security has been increased since the attacks 16 months ago. Or not.

“A PG&E electrical substation for Silicon Valley was breached for a second time, despite the utility’s efforts to bulk up security following an armed attack last year.

The Metcalf substation—south of San Jose, Calif., off U.S. Highway 101—was targeted early Wednesday morning by intruders who cut fencing at the site and stole construction equipment being used for security upgrades.

Alarms sounded in the utility’s central security-dispatch center shortly after 2 a.m., although the break-in wasn’t discovered until a morning shift arrived four or five hours later, PG&E said. The company reported the incident to police around 7:30 a.m. and disclosed the incident to the public eight hours later.”

I personally think that the 2012 report understates the potential effects of the United States going weeks or months without power. After a week without power, imagine New Orleans after Katrina, but nationwide and with no significant help coming. If an attack like this was done right, it could bring America to her knees.

Absolute worst case would be to have a coordinated VBIED attack (part 2) on standby waiting for the power grid to get hit. The power outage out would be the signal for all the other teams to initiate their attacks. Waiting for the grid to go down first would maximize the fear, hamper coordination efforts of first responders and cause that much more chaos, which would enable the teams to continue working. With no television, most Americans wouldn’t know what was going on which would increase the perception that the authorities weren’t in control. People would quickly start turning on each other, criminal elements would use the chaos and lack of police to do whatever they want, and more than likely it would negatively affect the dollar causing instability in the market worldwide.

This three-part article first appeared in The Havok Journal July 2015.