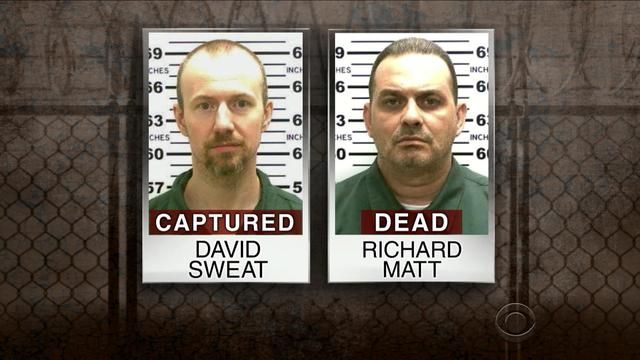 Sources including the New York Times and CNN, reported that Richard Matt, one of the two convicted murders who escaped from Clinton Correctional Institute in Dannemora, New York, on June 6, 2015, died at the hands of law enforcement. Members of a United States Border Patrol tactical team pursued Matt in a remote part of Franklin County, New York after the escaped convict attempted to car jack a camper nearby. A federal agent shot and killed Matt during the encounter. 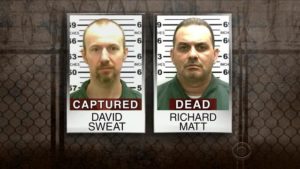 The New York Times also reported that law enforcement officers continued to pursue the second escapee, David Sweat.  Sweat was located by a sharp-eyed New York State Police officer, who shot Sweat after the man refused orders to halt and was about to escape into a nearby woodline.  Sweat’s capture ends a massive (and ultimately effective) 22-day manhunt.

No law enforcement officers are reported injured in either incident.

Since the pair escaped earlier this month, investigators arrested two prison employees, Joyce Mitchell and Corrections Officer Gene Palmer, for allegedly assisting the inmates with their escape plans by smuggling screwdrivers, needle nose pliers, and hacksaw blades into the prison.

Mitchell is alleged to have had sexual and romantic relations with the inmates and Palmer smuggled contraband into the jail in exchange for paintings made by Matt. Palmer had been a corrections officer for 27 years at the time of his arrest.

Matt, 48, and Sweat, 34, were both serving life sentences for murder at the time of the escape.