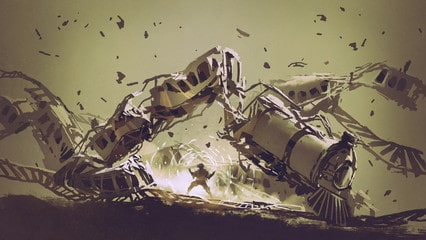 So, this actually happened: a train engineer  deliberately derailed his train and tried to use it like a 9/11-style suicide missile to attack the USNS Mercy, a hospital ship docked in the San Pedro Bay in Los Angeles to help local officials deal with the COVID-19 fallout.

According to news reports, a man named Eduardo Moreno was the chief engineer on a Pacific Harbor Line train when he decided that the USNS Mercy, an enormous vessel bringing much-needed medical support to the Los Angeles / San Pedro Bay Area, was “suspicious” and “not what they say it is.” So, he decided to do the public a favor… or something… and attempt to take out the sketchy vessel Al Qaeda style. 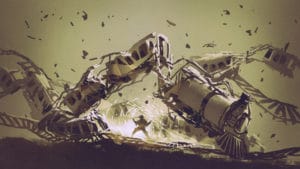 I’m sorry, but what? Folks, this is some Grand Theft Auto-level jackassery. “Side quest: Steal a public transport train and crash it into a giant-but-sketchy U.S. military hospital ship.” As if our medical workers and government officials didn’t have enough to worry about, we have crazy people trying to CRASH FREAKIN’ TRAINS INTO A HOSPITAL SHIP in the middle of a worldwide pandemic.

Can’t make this stuff up…