Our President, who ran on an anti-war platform (twice) and who received the Nobel Peace Prize before doing… anything “peaceful,” has probably had to shed some private tears as he finds himself required to send the American military back into the fight in Iraq.  But no matter how hard you twist his arm or show him facts, he dodges the term ‘war’ like Clinton dodged the draft.  His mind has left the country.

We cannot get a straight answer out of the President and he cannot send a coherent message.  He says “no” to combat troops and his generals say “maybe.”  Meanwhile John Kerry says… just kidding, no one cares what John Kerry says.  At any rate, is it so hard to stay on one dependable train of thought?

Are there any generals left in the Pentagon that are not politicians in uniform who know how to fight a war or did the Obama administration manage to rid themselves of anyone who was not a yes man?

This tepid tap dance to inform America that we may need indeed be in a real shooting war is just a delaying tactic to try and find any way around deploying large troop formations and calling it Iraq War III.

But the part that angers me the most is when a general officer in the United States military says this kind of crap:  General Martin Dempsey, chairman of the Joint Chiefs of Staff, said “no amount of U.S. military power would solve the problem of ISIS’s takeover of large swaths of northern and western Iraq.” 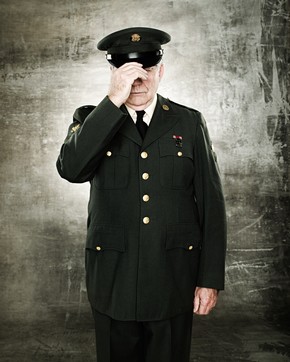 I’m sorry, what?  I am not sure how General Dempsey came to his conclusion but he is wrong.  The United State Military is capable of reducing the Islamic State to a stain on the history books just using conventional weapons.  All that is required is the political will, complete removal of ignorant rules of engagement and the Islamic State will be completely and utterly destroyed.

General Dempsey is wrong because have the power to destroy ISIS any time we want.  What we are lacking is someone in a position of power who has the balls to actually get something done.  That is a weakness at the Presidential level, not with the military.

As for the legal immunity of U.S. personnel in Iraq, we will deal with any prosecution that needs to occur based on our laws.  If the Iraqi Government attempts to detain, arrest, or otherwise react contrary to American desires in any situation with American military personnel, we can and will disabuse them of their misguided notions of power.  See also:  Hague Invasion Act.  It’s still on the books, Mr. President.  There, I solved that problem for you.

This foot dragging illustrates again that President Obama has no plan.  He does not know what force is required and he is stalling in the hopes that the Islamic State will somehow become less of a threat.  He is still waiting for other nations to officially come on board to his supposed Coalition and has no real desire to commit the forces necessary to engage and win.

Airstrikes are not the answer unless you start using really powerful bombs.  The President is setting the stage to cost American lives by his half measures and his lack of resolve in dealing firmly with this issue.  Perhaps if it we could find a way incorporate an improvement to his golf game, such as how to properly get out of a sand trap, he might be more energized.

How about instead of sending $500 million and 3000 troops to fight Ebola, we use the money to fund a mercenary organization which can go into Iraq and take care of it.  If you are going to spend money, why not get something out of it?

Forget training the Iraqis.  We did that for years and right now all I am hearing from the President and the Pentagon is that the Iraqis need training and money.  We did that.  So the problem comes down to two points of contention on opposite poles.

The Iraqi Government and military are so riddled with corruption and incompetence that they are the only nation that actually makes our government look efficient.  And culturally, the only way to make the Iraqi Army fight is to threaten them with death.

Personally, the Iraqi military could not stand up in a fight against a Cub Scout troop.  They are un-trainable, unfaithful to any government support, and completely and utterly hopeless on the field of battle unless they are driven by fanatics.  They are compromised by their tribalism.

Understand something, if we were to stand behind them and be just as willing to shoot them as the enemy forces are, then they are capable of fighting.  But that level of ruthlessness is the only way to make that happen.

These half measures are just wasting time and giving the Islamic State more time to consolidate and prepare.  This is not going to be won by airstrikes no matter how accurate or vaunted the pilots are.

The idea of including Syria as our ally and training the Syrian rebels is ridiculous.  Has no one in the Pentagon been paying any attention to anything in this area?  Just because the Islamic State is a threat does not mean you partner up with their enemies, who are just as bad but don’t have the renown.

I am not interested in supporting Syria, which used chemical weapons on their own people just a short while ago, or allowing their government to stand.  This is not hard to understand. 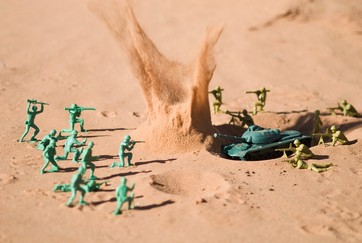 The President cannot cooperate with our own Congress.  He whips out his pen to use executive powers any time he feels that he must because he cannot agree with Republicans.  But he has no problem arming rebels and supporting Syria?  Which sides of this mess are we supposed to be on?

In the beginning we were actually providing support to Al Qaeda against Syria.  Now we are going to provide support to Syria against the Islamic State.  Am I the only one who has a problem with the ridiculous nature of this political compromise?

The President needs to figure out which side he is on because it is becoming increasingly difficult to tell.  He needs to pick one side, preferably the American one and stay there; since after all we sort of elected him and he work for us.

I am also a bit tired of the idea that there is some imaginary number of American servicemen and women who must have their feet planted on Iraqi soil before we reach the magic ‘boots on the ground’ threshold or that their mission statement includes combat operations before they are called combatants.  The answer to the question of when, is now.  We have boots on the ground and any other euphemistic claptrap is smoke and mirrors to mislead the public to the extent of U.S. involvement.

They are United States Military forces and they are combat troops.  Calling them anything less is a slur against their honor and ignorant.  The mission may be to advise the Iraqis but they are still warfighters not police.  Saying “we will limit our boots on the ground to advisory roles” is both intelligent and acceptable.  Anything else is just stupid.  And by the way, putting them in Forward-deployed positions is combat.

This mess is going to cost more in the long run and but the semantics need to stop.  We have boots on the ground in Iraq.  They are fighting because our warplanes are dropping bombs.  We have a combined arms team and even if one part is not decisively engaged, they are still participating.  We have killed the enemy on the battlefield.

How much more at war can you get?  Being in war is a bit like being pregnant.  There is such thing as being a little pregnant.  Either you are or you are not.