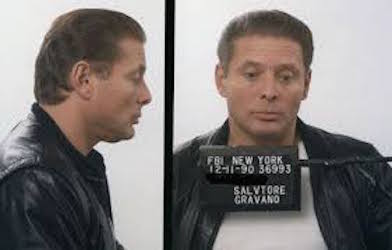 Mouw let his words hang in the air, heavy and as unbelievable as they were to us all. Stunned, I looked around at the wide eyes and open mouths of my male colleagues. The squad had always been an all-male contingent until the following year, 1992, when a senior agent, Rita, arrived from the Denver Division. But for now, there were fraternal high fives and back slapping, as we all whooped it up and celebrated the stunning news like adolescents. Until this point in mob history, Alphonse “Little Al” D’Arco — an acting boss for the much smaller Lucchese family of New York — had been the largest mob canary to sing for the Feds. But this was “Sammy the Bull.” Sammy-the-fricking-Bull! And he was signing on to go mano-a-mano with John Gotti and his high profile team of lawyers and help us to convict the “Teflon Don.” This was historic. I couldn’t conceive of what the trial would be like and what the world would think about the new alliance between the U.S. government and the underboss of the Gambino family.

As my suddenly ecstatic squadmates filed out of Mouw’s office, chattering excitedly amongst themselves about the prospects of the Bull’s testimony and what his cooperation would portend for a host of open mob murder cases and unsolved crimes, Mouw glanced in my direction — “Jimmy and John, can you two remain behind? I have an assignment for you both. Be prepared to travel immediately.”

John, my training agent, grinned, and in his typical New York Italian mocking voice, quipped: “Whoa! You’re putting the kid on a Top Secret assignment with me? You sure he’s ready, Boss? I’ve been carrying him through his probationary agent process! He’s quite a heavy load.”

Bruce grinned, chomped down on his pipe, and his eyes narrowed. “Close the door, Jimmy. You two take a seat. Here’s what I need.” as his voice trailed off…

And so it began, my first travel assignment as a fledgling FBI agent. John and I were summarily directed to depart New York the following day, and travel to Quantico, Virginia, and the FBI Academy that I had just graduated from the past May 30th. Once given the order, my mind drifted back to that date, just some six months prior, and the honor my classmates and I had received when then-President George H.W. Bush had attended our graduation, New Agent Class 91-6, in order to confer upon us, with then-FBI Director William S. Sessions, our new FBI shields and credentials. And, as any 91-6’er will tell you — we fervently believe that it was our class’s combined demonstrated excellence that precipitated this presidential visit and honor, in reality, Bush 41 was seeking a law enforcement platform to deliver a speech on a sweeping anti-crime bill he was proposing, and our class’s graduation just so happened to align perfectly with the president’s timetable.

There! A 26-year-old FBI myth thusly disassembled. And the truth shall set you free, as they claim. With apologies to my incomparable 91-6 classmates for revealing this! But, in my defense, as for my heart, there has never been another class as talented and brilliant as 91-6. But, alas, I am but a bit partial… 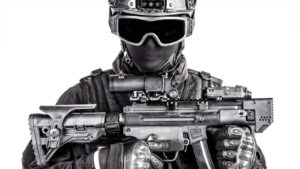 Back to my trip back to Quantico with John in November of 1991. We traveled south in John’s Bureau-issued automobile. I insisted on a pit-stop at the Popeye’s Cajun fried chicken joint near the Potomac Mills Mall just north of Quantico. As we supped on deep-fat-fried chicken parts, John laid out our mission: “Okay, kid, here’s the deal. As Bruce explained, we will be housed with ‘Sammy the Bull’ in a secret location inside the FBI Academy. The Hostage Rescue Team (HRT) will handle security. Our job is simply to build upon the relationship initiated by George and the prosecution team. We keep “The Bull” happy and tend to his daily needs. We won’t be armed inside the living quarters. Remember, this guy has some nineteen murders under his belt. Be alert and be aware at all times. Don’t let your guard down. I’m serious. Pay attention to where you are in relation to him at ALL times.”

I immediately thought back to home. I had a young son who had just turned one. I desperately missed him already. And I was unsure just how long this assignment would require me to be away. Mouw had initially suspected maybe between three to four weeks. He also had allowed to me that this assignment was not based on anything other than the fact that the more senior agents were all engrossed in “trial prep.” As he explained to me, “Remember, kid, you’re just a lowly GS-10. Listen to John. And don’t get full of yourself. This is a tremendous opportunity for you. You’re actually going to learn about the mob from one of its most accomplished henchmen. Keep your eyes and ears open and give that prodigious mouth of yours a rest.”

I’d wanted to be offended. But Bruce was right. And as John and I checked in with the HRT team leader upon our arrival at the FBI Academy, I was beyond excited. The rigid HRT guys were straight out of central casting — lean and muscular and adorned in their standard attire: Royal Robbin cargo pants, white golf shirt, and OD drab flight jacket. A menacing locked-and-cocked Browning hi-power 9mm pistol strapped to his hip, the apparent leader introduced himself as “Dave,” and commenced to show us around the fairly spartan accommodations. John and I each had our own bedrooms in a suite separated by a common area with a TV and a kitchen, directly across from the room to be occupied by “The Bull.” I shook my head in disbelief — could this all really be happening right now?

John and I thanked Dave and settled into our rooms to unpack and get set for a stay of indeterminate duration. I phoned home to announce I was in safely and spent a few minutes listening to my infant son repeat back a few new words he had recently learned. “Daddy will be home soon,” I allowed. “I love you and I miss you.” He was now engrossed in a VHS tape of “Barney the Dinosaur,” and I could hear his giggling and attempts to sing along with the purple dinosaur’s kids’ chorus as I hung up.

Shortly thereafter, Dave from HRT returned to my room with two other HRT operators named Gary and “Hick”, and advised that in short order, Gravano was to be delivered to the suite, having just been helicoptered in on an FBI aircraft. I looked at John and he nodded in Dave’s direction. “We’re ready, brother.” Dave, Gary, and “Hick” departed and John turned to me again. “Remember, Jimmy, no matter how engaging and collegial this guy pretends to be, he’s a stone-cold killer. Keep your wits about you and don’t ‘Stockholm’ with him.” I smiled at the reference to the condition that relates to hostages developing a psychological alliance with their captors.

“Not to worry, Johnny, I got this,” I blithely stated; our exchange interrupted by a knock on the suite’s outer door.