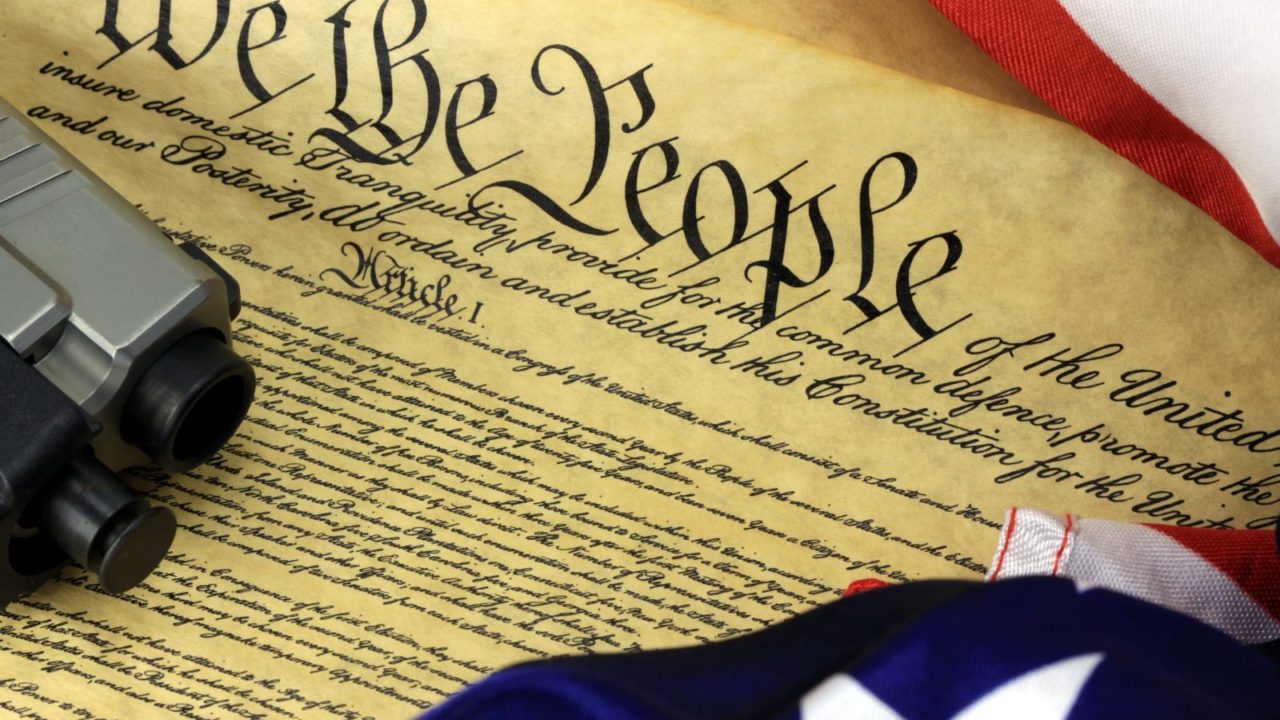 This first appeared in The Havok Journal on December 4, 2015, and has been updated. The topic discussed is just as relevant today.

Another incident and the gun is once again the topic of political discussion. More dead and the idea is to blame a tool used instead of the people involved. There were pipe bombs according to the press, maybe we should make those illegal as well.

We have more mass shootings than any other country Western Country. The fact that we are larger, by more than twice in most cases, than any other “Western Country” and you could combine quite a few of them and still not reach our population. These are numbers based on the CIA Fact Book.

Let’s add another fact. When comparing crime rates with the UK, which is a common tactic, there is a very important distinction to make. The FBI records a crime by the victim of the crime and the information about it. For example, if a person is found deceased and it is not natural or suicide, then it is a homicide and counted as such.

In the UK, the only record produced for homicides are cases that have been resolved. They don’t call it murder until the trial is over. If the case is never solved or takes a while to get to trial, there is no count of homicide in the official record.

For those of you that missed it, you cannot compare the Crime Rate data for America with the UK and have anything like a realistic comparison.

We have more guns, but we do not have more gun violence unless you are talking absolute numbers. By percentage of the population, we are not that bad, especially when compared to the population of gun owners. We still have more but the gap is not that great. We don’t have a gun problem.

If we accept the estimate that there are 80 million gun owners in the United States, why then do some insist on gun laws as a method to stopping such an incident as a mass shooting? For one thing, the FBI Crime Statistics shows that even with all these deaths attributable to mass shootings, the crime rate is still trending downward.

The problem is simple, a firearm is inanimate. It cannot argue its case and it is so easy to vilify or emotionally blackmail people when there is a high fear rate. And yet there is distinct hypocrisy. When a certain dentist shot Cecil the Lion, no one blamed the gun. They blamed the dentist.

Fear, whether reasonable or not, is used to push agendas. Fear is used to control. Fear something and you will find a way to accept an unreasonable loss of liberty to assuage that fear. You might, I will not.

However, in the San Bernadino shooting, the bodies of the fallen were still bleeding out when Hillary Clinton and the President commented that we need gun control. Unfortunately, regardless of the political agenda, unless the government finds a way to read minds there is no way to foresee a situation like this. California already has stringent firearm laws. And even as some are willing to blame the gun, the very law that governs firearms states:

As the owner of a firearm, it is your responsibility to understand and comply
with all federal, state, and local laws regarding firearms ownership Many of the
laws described below pertain to the possession, use, and storage of firearms in the
home and merit careful review.

The law blames the owner, not the gun if things go wrong. The person responsible is the person who fired the weapon, not the weapon. How else could it be? And yet the gun debate rages. In the U.S. the areas of the highest crime rate have some of the strictest gun laws.

Because the criminals will have whatever they chose and law-abiding citizens will not.

Fear of incarceration, arrest, conviction, fines, and other penalties work to keep the law-abiding citizen in line. Those deterrents don’t do much against criminals who have already experience the Criminal Justice system and have learned its weaknesses. If you have nothing to lose, you have nothing to fear.

The shooters in California had rifles and pistols that police state were legally purchased three to four years ago. No new laws will change the past and even a horrendous act does not require a change to the future. Even an outright ban and confiscation would not change the past.

There is no justification that is based in logic for changes in gun laws. Those calling for change are doing so from an emotional vantage point and quite simply, they are wrong. It is often in highly charged emotional issues that people will make irrational decisions. The desire to blame and attack is human nature. Demanding all Americans are held accountable for the actions of a few is wrong.

Human nature is often irrational. How else to we explain such behavior in the first place? Any attempt to control or limit firearms in America will result in a dramatic increase of “illegal” firearm ownership, nothing more.

Very simply, did legalizing marijuana in Colorado erase the other drug problems?

We need less gun enforcement and more guns on the street. Law enforcement cannot be everywhere. There are two choices, either defend yourself or be a victim. There is a third choice, dramatically increase the size and power of law enforcement for the safety and security of our citizens.

It is ironic that there are those who vilify the police, want to get rid of guns, and equate those changes with a reduction in crime. Guns and cops are the only things keeping parts of our population in check. Limiting them is insanity. And yet, if you increase guns, you have less need for cops, at least as a protective measure.

There is no way to remove the firearm presence in this nation. The citizens who are mostly silent right now will not stand for it. Those crying loudly enough might obtain laws that provide a placebo effect so they feel safer at night, one placebo for every ounce of liberty lost, but all that will happen is that it will turn law-abiding citizens into criminals.

We know our government does not work for us the way it was intended. We need to use this election cycle to demand that it works the way it should. It is our responsibility to fix what is broken; after all, your vote is power.

It is a sad thing that some people in California were murdered with a gun.

I will not allow my government or my fellow citizens to associate me with the killers simply because I own a firearm. I am tired of the politicians in this nation attacking my liberty on the strident demands of immature, grasping children who were raised to faithfully accept all that the government states. I am angered that my government refuses to state the truth and accept responsibility for their muddled failures to handle the situation in the Middle East. I will do everything in my power to ensure a responsible individual represents me in government and listens to me instead of those who yell the loudest.

I demand my government stop using excuses of fear to infringe upon my freedoms in order to pacify those who do not understand the cost of such infringement. I demand that my liberty be respected without emotional blackmail foisted upon me for placing my freedom in higher stature than others’ sadness.

My calm deliberation is fraying. My placid nature is being assaulted by those without virtue. Respect is being demanded from me instead of earned and I have had enough. I will use every endowment of citizenship to speak my mind and work towards creating a government and nation where people are accountable for their actions. I will show others that I can be counted on in the hope that they will return the favor and in so doing we will create a pride worthy of this nation.

I am a citizen. If you push me, I will show you what patriot really means.