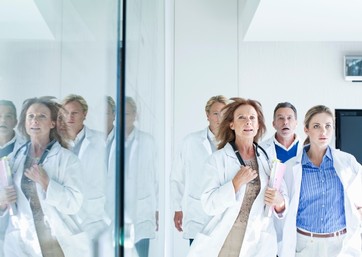 First published in The Havok Journal on 19 October 2014.

The Ebola virus has gained national and global attention recently. The scare of a deadly virus often attracts the highest level of attention from people with power and from positions of authority. But does the Ebola virus deserve this attention?  What about the other diseases around the world, why don’t they get the same attention?

It is disturbing, that in today’s world, our political and medical leaders react in a way that is irresponsible.  There are several reasons why this is may be occurring. First, when someone may (and I use the term “may” loosely) become infected with a potentially deadly disease, it is suddenly news worthy. When the incredibly wealthy “may” become infected with a disease – then it becomes worthy of financial backing.

Let’s take a look at a non-infectious disease. Breast cancer only affects a small percentage of people, roughly 12% and even smaller percentage of deaths; about 2% of all female deaths in 2004. Overall, when compared with the population of the U.S. that is a small number. However, the Komen Race for the Cure raises about 260 million dollars a year. The federal funding runs about 800 million a year. That is a significant amount of money to spend on 2% of all female deaths in the U.S.

Another disease that receives significant donations and attention is HIV/AIDS.  Roughly 3 billion dollars goes toward research. In 2010, there were just over 15,000 deaths from AIDS. Compare that to the over 500,000 that died from heart disease-and while there is more money spent on heart disease the ratios do not come close to being even.

For a disease such as Ebola potentially being spread across the U.S. like a zombie apocalypse, there is money to be made. Thus far, the World Bank has given Sierra Leone 260 million dollars to fight the current outbreak. Here in the U.S. we have spent 42 million on a new vaccine created by Mapp Pharmaceutical. Big money is waiting and although greed is good in a true free market, when governments and grants are involved, big pharma does what is best for them; big pharma looks out for number one.

According to the CDC, Ebola is transmitted by “direct contact (through broken skin or mucous membranes) with blood and body fluids (urine, feces, saliva, vomit, and semen) of a person who is sick with Ebola, or with objects (like needles) that have been contaminated with the virus.” This means it is completely preventable. Basic hygiene, when performed correctly should eliminate the majority of the threat.

What about the true killers, the diseases that terminate millions? Tuberculosis (TB) and malaria combined kill about 250 million people a year around the world. That is equivalent to 80% of the population of the United States. The focus should be the eradication of these diseases. The number of Nongovernmental Organizations (NGOs) that support malaria and TB eradication is impressive, so why can’t we find a vaccine?

TB is in every country; even the United States is not immune to the disease.  What is worse is the drug resistance that increases the difficulty of treating the disease. Most treatment plans now include Direct Observation Therapy (DOT). DOT is one of the most effective means of treatment, but requires money and manpower. To be infected with TB, there must usually be close quarters [exposure] for an extended period of time. How often are the extremely rich or those in power in the same close quarters to be exposed to those with TB? To be fair, there is a vaccination for TB, and it is used throughout the world.

However, TB spreads quickly – many times, it lies dormant in an infected person, while they display zero symptoms, yet can still infect others. TB infects an estimated 8.9 million people per year, which is an outrageous number. An even scarier number is the 1.3 million deaths that follow every year. The World Heath Organization claims that it will take 7-8 billion dollars to effectively treat TB worldwide, but are at least 2 billion short of that goal. We are concerned about out ability to detect the few cases of Ebola here in the U.S that pales in comparison to the 3 million missed cases of TB annually around the world.

According to the World Health Organization, 3.4 billion people are at risk for malaria. That is roughly half of the world’s population. There were an estimated 219 million cases of malaria in 2010 that resulted in over 600,000 deaths. You cannot even compare these numbers to Ebola. Malaria is even preventable, but poses greater problems since mosquitoes can be difficult to control without the use of DEET and other pesticides. Malaria has long been one of the largest causes of disease and death throughout the world. It was not until 1951 that malaria was eradicated from the United States, but it still makes its way here, through international travelers.

Greed is a big reason that a vaccine has not been developed. Who is affected by malaria? Sub-Saharan Africa and India are the largest populations at risk, and both are extremely poor. There is little reason to develop a vaccine, especially when travelers can take prophylaxis against malaria. Funding for malaria is around 1.6 billion, just like TB, it falls short of the estimated cost to effectively fight it, about 75% short of the estimation.

The media does not get a pass on this. They, too, have been complicit in driving irrational fears into the minds of the ignorant citizen. The motive is not as clear – could it be they enjoy the increased viewership as result? Certainly – after all, more viewers equals more money. Again, instead of focusing on diseases that kill millions, the focus is on cash and sensationalism.

With All this effort, money, and time being spent on Ebola, what are the numbers? For the current outbreak, there have been just over 2000 cases, and just over 1,000 deaths. Malnutrition killed three times as many people here in the U.S. Malnutrition in the wealthiest country in the world, how much money is spent? And now the U.S. military is sending 3,000 people to assist in the crisis.

Greed can be a good thing. Greed can drive innovation; it can drive markets to thrive and to increase the overall wealth of a community. However, that can only happen when it is done without government influence or powerful pressure to achieve a specific outcome. See Solyndra scandal. Ebola is indeed a scary and lethal viral infection; however, it has been around for a long time and has only become a disease of interest due to the recent infection of several American citizens and the resulting medical treatment at hospitals on American soil.