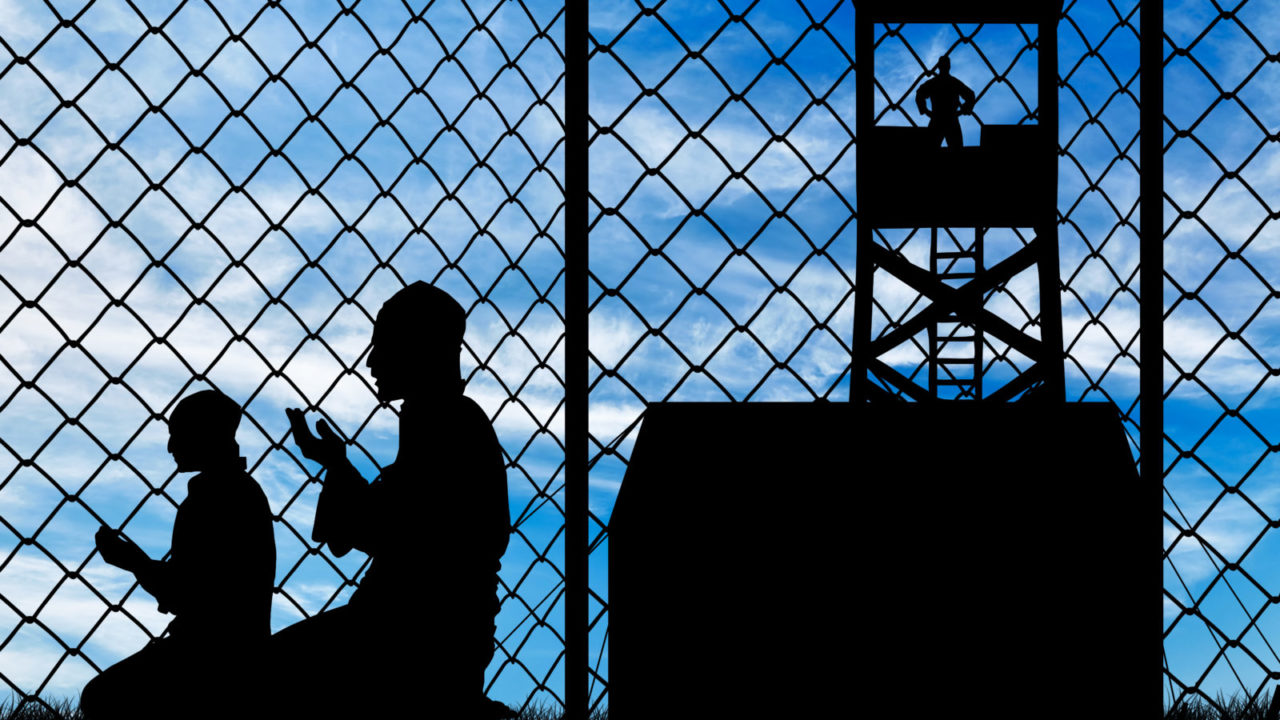 This article first appeared in The Havok Journal on November 26, 2016.

In the wake of continued ISIS threats, the country is understandably concerned about when and where ISIS will strike in the US.  Especially when there are 900 active investigations into ISIS-related activity in all 50 states. But since I gave away my Magic 8 ball when I was seven, my guess is as good as yours when or where an attack will happen.  That said, I got a pretty good idea where the attackers may come from — our prison system.

John Allen Muhammad, Jose Padilla, Kevin James, Abu Khalid Abdul-Latif, Zale Thompson, Elton Simpson — just to name a few.  All were, at one point, American inmates.  All converted to Islam in jail.  All were radicalized.  And then they became terrorists.

This is not by accident. Saudi Arabia founded both the National Islamic Prison Foundation (NIPF) and the Institute for Islamic Information and Education, the former to clarify and advocate Wahhabism, the latter run by a bin Laden sympathizer.  Both the Iranian and Syrian governments have shipped Korans to Los Angeles-area prisons — I know because I’ve seen them.  (I’m not an expert of the Koran, so I can’t confirm if any, as were rumored, were Noble Korans, which include the Wahhabist appendix advocating and instructing on “The Call to Jihad (Holy Fighting in Allah’s Cause).”)

For good measure, if you check many New York or LA-area jail libraries, you’ll find the writings of Sayyid Qutb.  There is a reason that, in al-Qaeda’s training manual, Chapter 18 (dedicated to detainee conduct in prisons and detention centers) gives the directive, “The brothers should create an Islamic program for themselves inside the prison, as well as recreational and educational ones, etc.”

Now, roughly 30,000-40,000 American inmates convert to Islam each year.  Considering, the low number of actual terrorists emerging from prison is encouraging.  Sort of.  You need to think of prison radicalization efforts (or P-Rad, if you’re hip) kind of like US Special Forces recruiting efforts — recruit as many as possible, slowly indoctrinate them and, as the demands of the selection process increase, the less dedicated will be weeded out, leaving only a few committed to the cause.  I’m not suggesting that most Islamic prison converts will become terrorists.  But I am suggesting that there is a dedicated effort to turn them into ones.

Let’s start with the “establishment” Islamic prison ministry, or what I call “Prislam.”

As Islam has no religious hierarchy or administration, it’s brutally difficult to vet qualified prison imams. In addition, prison imams are often ex-convicts who converted in prison.  This gives them 1) street cred with inmates, which makes whatever brand of Islam the particular imam preaches more appealing, and 2) a bond with their congregation that appears to cross the line from empathy to endorsement with disturbing frequency.

Let me start with my own experience.

When I first applied to be a prison chaplain in New York City, my mentor was Imam Rahman, an ex-con who had served 20 years in prison, converted to Islam inside and, upon release, became an imam, eventually making almost six-figures a year as the number two man in the NYC DOC’s Ministerial Services department.  Nothing wrong with any of that — he was good at his job.  He was relentlessly likable and a good teacher.  His boss, Imam Umar Abdul-Jalil had also served a long stretch in prison, found Islam and, when I applied, was in charge of Ministerial Services.

In my experience, both were good men and good chaplains.  Then, years later, Umar ran into trouble during a long-winded rant in which he said, among other things, that the “real terrorists are in the White House.”  I was surprised.  I was more surprised when Imam Zul-Quarnain Abdu-Shahid, another ex-con-turned-imam, was arrested for allegedly smuggling razor blades and scissors into the Chinatown Tombs — ostensibly to arm Muslim prisoners.  He wasn’t indicted, and, since I didn’t know personally know him or have any special insight into the circumstances, I took his public excuses at face value.

But it made me curious.

As I began to investigate, I’ve found out about other prison imams such as Saudi-trained, Osama bin Laden-sympathizing Wahhabist Warith Deen Umar who advocated prison as the perfect venue for jihadist recruitment.  It so happened that, as a pioneer of paid prison imams, Umar was in charge of hiring and training other prison imams in  New York — his influence was as broad as his views were radical. The noxious Sufwan El Hadi, Salahuddin Muhammad, and Abdulkadir Elmi were three of Umar’s more notorious trainees, Wahhabists who presented a grave danger not only to their institutions and their country but also the Shiite prisoners in their facilities. There were others, such as Aminah Akbarin, Intkiab Habib and Marwan Othman El-Hindi, whose speech and actions raised eyebrows.  In the case of El-Hindi, he left prison ministry for bigger things — like planning to kill American soldiers in Iraq.