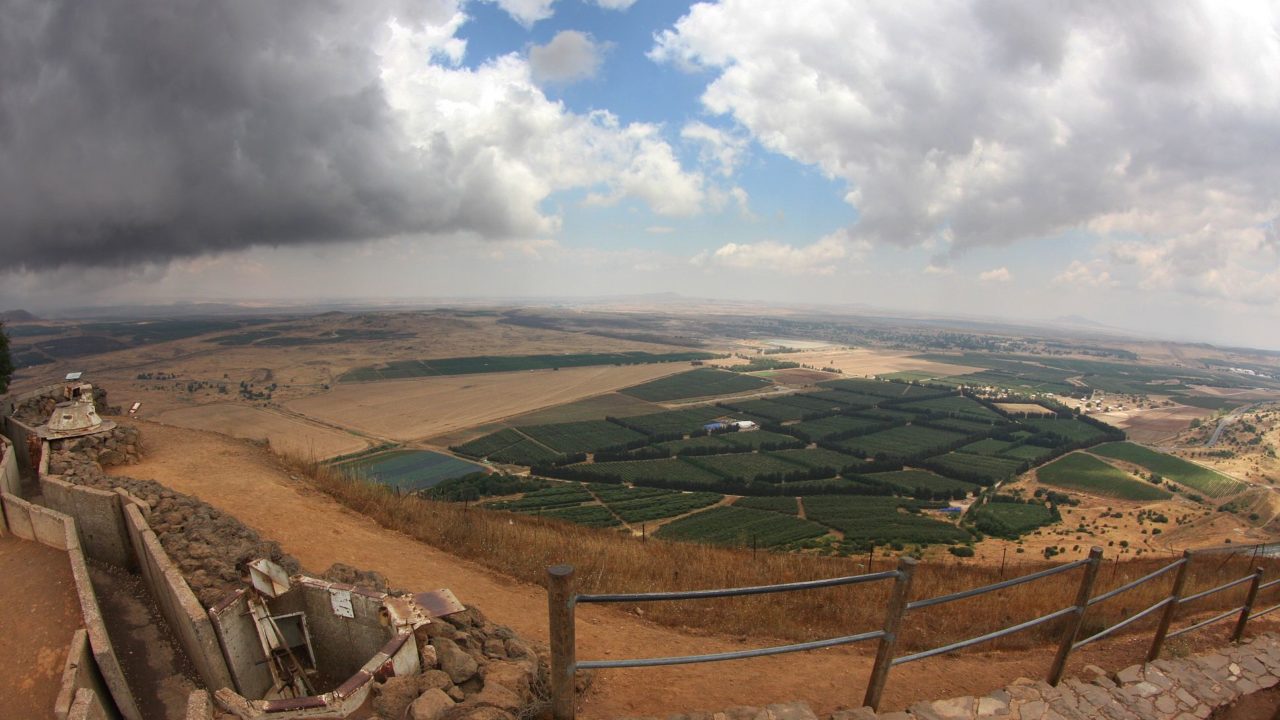 This article was first published by the Modern War Institute at West Point and is reposted here with the permission of the original author.

This article first appeared in The Havok Journal 15 August 2018.

From a safe vantage point in the Golan Heights near Israel’s border with Syria, we were able see columns of smoke rising in the distance and occasionally hear the deep boom of explosions and gunfire. This was a window into the Syrian war, a war which like most others is an abstraction to those removed from it and all too real to those who find themselves caught up in it.

We—35 students, faculty, and guides from Yale, West Point, and Israel—were there as part of the Peace and Dialogue Leadership Initiative (PDLI). Now entering its fifth year, the program provides a unique opportunity for students at some of the nation’s top universities and service academies to compete for a Fellowship that includes ten days on the ground in Israel and the West Bank.

For the last four years, it has been an honor for me to serve as one of the two faculty advisors for PDLI. The program offers an important opportunity to allow young leaders the chance to see complex situations for themselves and to come away with their own, highly-informed position—and it doesn’t get much more complex that Israel/Palestine.

Each year, I’ve discovered, I come away from the PDLI experience with a powerful takeaway that helps me comprehend just a little bit more about the complexities of the situation.  My big “aha” moment during the first year of PDLI was the viability, necessity, and challenges of the two-state solution. The next year, it was the importance of the Israeli military in helping shape national identity and facilitate state cohesiveness. Last year, it was the similarities in the terrorist attacks at a Tel Aviv disco and the Pulse nightclub in Tampa. This year, my most memorable experience was learning about Israel’s treatment of Syrians wounded in the ongoing civil war.

Seeing the war at a distance is, of course, much different than seeing its aftermath up close. As part of this year’s itinerary, we visited the Galilee Medical Center (GMC) in Nahariya City, in the northwest portion of Israel. GMC is one of a handful of hospitals inside Israel that are treating individuals—many of them combatants—who were severely injured inside Syria. I had heard of these hospitals in the past, but coverage of them was sparse and tended to be buried under more provocative stories and headlines about the region. Going into the hospital visit I had several questions:  Why is Israel treating Syrian combatants—don’t they hate each other? Isn’t this a huge security risk for Israel?  What kinds of injuries are being treated? What happens to them after they are treated? What do Israelis think about this program?

These questions and many more were answered in depth by Dr. Eyal Sela, the director of the ear, nose, and throat department at GMC, who was kind enough to meet with us for about an hour. As part of his presentation, Dr. Sela showed pictures, CAT scans, and digital blueprints detailing some of the most serious injuries, and their means of treatment. Most of the injuries, he explained, were from high-velocity gunshots or from explosions. I had seen injuries like these before during my tours in Iraq and Afghanistan, and they were often a death sentence for the civilians afflicted by them. It is a testament to both the skill of the Israeli doctors and the resilience of the patients that they are able to recover from their injuries and go on to live their lives. 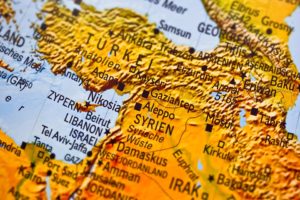 The program began in February 2013, with an initial seven patients treated by IDF medics at a field hospital near the border. As the war progressed the word got out about the quality of health care inside Israel, and more and more wounded Syrians made a conscious choice to seek help in Israel instead of Jordan or Turkey. I found it curious, given the opinions of Israel inside Syria, that they would choose to go there in their time of greatest need. I also thought it was interesting that Israel was willing to take them.

I wondered what vetting procedures were in place and how individuals are selected for treatment inside Israel. My understanding is that both the initial triage and security screening occur in tandem, at the border. Those deemed severely injured enough (and safe enough to be brought into Israel) are evacuated to one of a handful of treatment facilities inside Israel that are equipped to handle their particular injuries. While I remain unclear about the details of the security plan for the patients, it appears to be working; there have been no reported attacks by those taken in under the program.

After they heard we were visiting the hospital, some of the Syrian patients invited us into their ward. We met with three patients, all of whom suffered from conspicuous and severe injuries. The injuries of one individual particularly stood out to me. His hands were heavily bandaged and one of his eyes was packed with gauze. His arms, face, and neck were covered with what appeared to be powder burns. I had seen these types of injuries before, on people who were handling or were very near explosive devices when they went off. I wondered if he might have been injured while assembling or emplacing some kind of explosive device. It wasn’t appropriate to ask so I kept those thoughts to myself.

The conversation we had with them, going from Arabic to Hebrew to English, and back again, covered such topics as their feelings about Israel, their treatment at the hospital, and what they wanted to do after they were healthy enough to travel. It was clear that the patients appreciated what was being done to help them, and that their opinion of Israel had changed for the better now that they had actually spent time in the country. All of them said that they wanted to return to their homes inside Syria as soon as they were able to travel. Not only did they not want to remain in Israel, they said they were not interested in seeking asylum elsewhere. Even grievously wounded, and knowing that the danger remains, they still wanted to go back and fight for their homes and families. As a career soldier, I appreciate and admire that sentiment.

Most of those undergoing treatment are military-aged males, but there are also women and even children receiving care, as well. Approximately 1,700 Syrians have been treated to date, and their families can visit while they recover. Often, the nature of their injuries requires creative medical solutions, some of which included prosthetics manufactured by 3D printers and extensive reconstructive surgery.

Despite the humanitarian work being done, the program at GMC and others like it are not free of controversy, with some critics claiming that it is either “hasbara” (a cynical propaganda ploy) by the Israelis or a way to seed Israeli spies back into the Syrian civil war. It’s also controversial within Israel; the nature of the wounds results in treatment costs that average, we were told, five times the cost of an average Israeli patient, and funding shortfalls that in the past have been borne by the hospitals themselves. In times of constrained resources, it is difficult for hospital administrators and national-level policy makers to justify such expenditures for non-citizens, some of whom may be actual enemies.

The program also remains deeply unpopular with some Israelis; in one particularly nasty incident, a mob stopped an Israeli ambulance carrying two wounded Syrian fighters and attacked the wounded individuals. One of the Syrians was killed and another received serious injuries on top of his war wounds. The Israeli attackers were ethnic Druze, a minority group that straddles both sides of the Israel/Syrian border, and whose members in Syria were particularly targeted and victimized in the ongoing civil war—a powerful reminder of the complex web of identity and conflict in the region that even those seeking to provide care must navigate.

Regardless of motivations, regardless of cost, regardless of internal reactions, the outcome is clear: this is a clear good for the Syrians treated in the hospital. They are receiving, free of charge, life-changing (and in many cases life-saving) treatment with no strings attached, something that they know they are unlikely to receive anywhere else. Regardless of the motivations, the treatment regimens are making a real difference in the lives of people severely injured in the Syrian civil war. In a time when the world is crying out for “someone” to “do something” to help people most affected by the war, it seems that Israel is among the few nations that is.