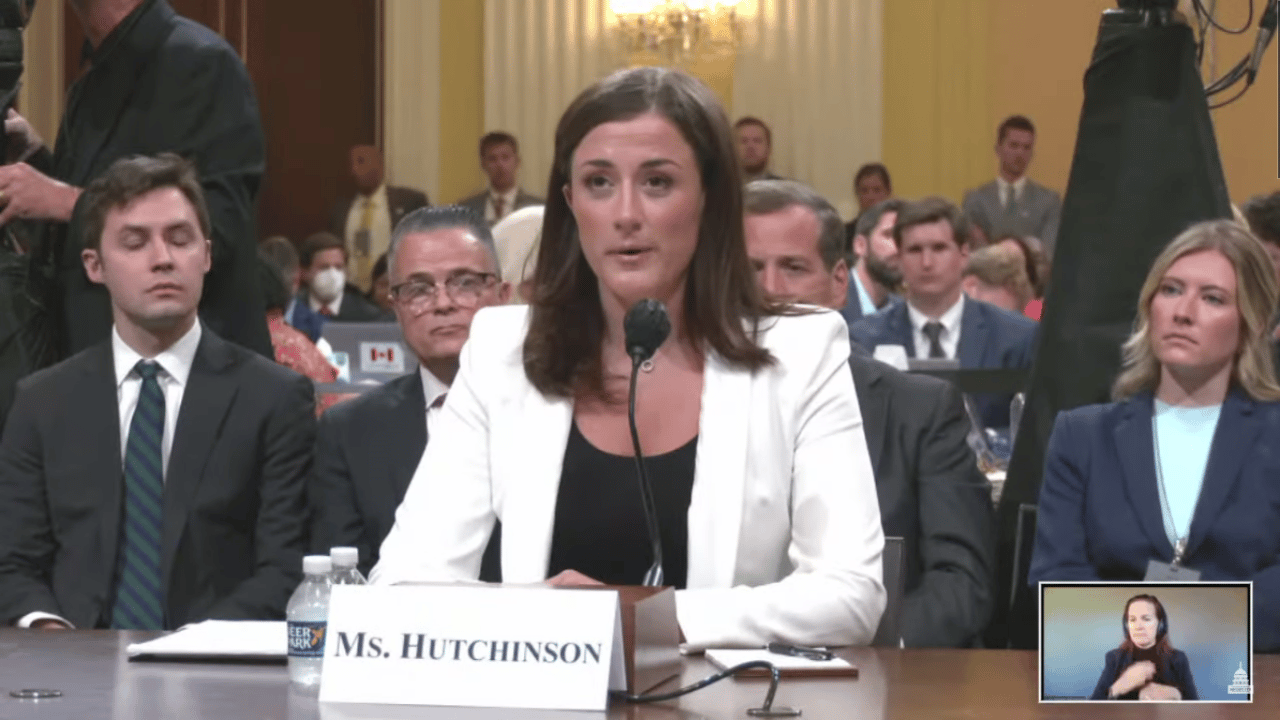 “I hold that a little rebellion now and then is a good thing and as necessary in the political world as storms in the physical. Unsuccessful rebellions indeed generally establish the encroachments on the rights of the people which have produced them.” – Thomas Jefferson

For the last two years, politicians and the news media have bombarded the public about what a terrible atrocity the January 6, 2021, riot was and how it almost signaled the end of democracy. Those same pundits have characterized it as an insurrection, a coup, and worse than the U.S. Civil War, Pearl Harbor, and 9/11. But, honestly, was it?

The commonly accepted definition of an insurrection is a violent uprising against an authority or government. So yes, the rioters wanted to disrupt the final electoral certification in Congress, making Joe Biden President of the United States, but was their intent to overthrow the U.S. government in the process? So far, there has not been much empirical evidence to support that claim, only a lot of hyperbole and hysteria. For context, let us compare what happened on January 6 to other recent coups, insurrections, and acts of violent activism.

In July 2013, The Egyptian military deposed that country’s first democratically elected government led by the Muslim Brotherhood’s Mohammed Morsi in a coup d’état. After Morsi failed to meet their demands, commanders in the Egyptian Army suspended the constitution and formed a technocratic (controlled by technical expert elites) interim government. That sounds like an insurrection.

On December 7, 2022, Peruvian President Pedro Castillo tried to dissolve that state’s Congress before his impeachment trial, and his security detail summarily arrested him. Castillo’s supporters took to the streets in violent clashes with Peruvian security services amidst reports of human rights abuses by government forces. Peru, in 1992, endured another coup when then-President Alberto Fujimori surrounded the Congress with tanks, seized control of the media, and detained journalists and opposition leaders, resulting in an almost ten-year dictatorship. Neither one of those sounds like what occurred on January 6.

The final examples are the temporary autonomous zones (TAZs), and assaults on police precincts, federal facilities, and courthouses during the Summer 2020 BLM riots across the U.S. Were these not also “violent uprisings against authority or government?” What about the Fall 2011 Occupy Movement or the 1999 World Trade Organization riots? Do these also not fall under the FBI’s definition of domestic terrorism? – “Violent, criminal acts committed by individuals or groups to further ideological goals stemming from domestic influences, such as those of a political, religious, social, racial, or environmental nature.”

To date, U.S. prosecutors have only charged eight people and convicted two of seditious conspiracy for their actions during the January 6 riot. The statute for seditious conspiracy, 18 U.S. Code § 2384, defines it as “using force to prevent, hinder, or delay the execution of any law[,]” or “force to seize, take, or possess any property of the United States.” However, the statute is overly vague, and one could easily argue that any of the activities during the previously mentioned BLM riots similarly constitutes seditious conspiracies, especially considering activists pre-planned and organized many of those violent engagements.

Another element that politicians and the media routinely characterize as a conspiracy theory is the possible incitement of violence by a provocateur, RE [this article will not use his name because he is a private citizen and not a public figure]. Numerous sources captured RE on video the night before and the day of the riot, trying to incite the respective crowds into storming the Capitol Building in conjunction with Trump’s speech and the election certification. So critical thinkers must ask, why was this man not arrested and his visage removed from the FBI’s wanted list? Was he an FBI informant? Was he a partisan operative sent by unscrupulous politicians to discredit legitimate protesters and vilify the opposition party, Reichstag Fire style?

Reporting and several court cases have demonstrated that post-9/11, the FBI has repeatedly exploited vulnerable individuals in manufacturing terror plots. Examples of this apparent entrapment are alleged bomb plots in Tampa, FL, Portland, OR,  Orange County, CA, and the recent attempted kidnapping of Michigan Governor Whitmer. In these cases and dozens of others, there is evidence that these at-risk individuals did not possess the capability, intent, or opportunity to commit acts of terrorism without direct assistance from the FBI and its informants. Again, we must ask if this was the case of RE and other provocateurs that resulted in the breach of the Capitol Building on January 6. The House January 6th Committee should have asked these questions and more during its eighteen-month “investigation.”

That brings us to the kabuki theater, kangaroo court show trial put on by the highly partisan House Select Committee to Investigate the January 6th Attack on the United States Capitol that the incoming Congress has disbanded. This committee was flawed from the start. Ordinarily, there is roughly equal representation by the majority and minority parties (five and four, respectively) in such committees. Similarly, each party selects which members will sit on that committee. Unfortunately, the only bipartisan element of this committee was that it included two “Never Trumper” Republicans, chosen by the Speaker of the House, not the GOP, who both summarily lost their seats in Congress. However, neither happened in this case and, as a result, it delegitimized its procedures and findings. Moreover, congressional committee investigations intend to provide oversight of the Executive Branch, and this appeared to be nothing more than a political witch hunt targeting the former president.

Finally, the committee’s criminal referrals to the Department of Justice are the mewlings of a toothless lion. I do not doubt that Attorney General Merrick Garland, who has shown his partisanship in the selective enforcement of federal laws and questionable legal ethics, will try to find a way to bring about an indictment of former President Trump. The committee has shared its findings with DOJ-appointed Special Counsel Jack Smith to aid in their hopes of having Trump prosecuted. However, the committee’s findings are rife with legal challenges, such as the perjured testimony by a former White House staffer who claimed Trump assaulted a Secret Service agent and potential Brady and 4th Amendment violations over unreleased video footage from the event.

There is no question that the January 6, 2021, riot was a blemish on the U.S.’s history and the peaceful transfer of power after an election. However, it was far from the insurrection and near-demise of democracy that politicians and media pundits are pontificating. To make that assertion, one needs more than a statistically insignificant (less than one percent) charged or convicted of sedition and answer some significant lines of questioning.

The incoming 118th Congress should and has vowed to investigate these questions, as they fall under the Legislative Branch’s oversight responsibility. But, unfortunately, I fear the new majority will also turn this investigation into another political kabuki theater stunt with little substance or accountability to show for it and will only exacerbate the ideological divides in this country.

In closing, if this was indeed an insurrection, the previous Congress and DOJ should have strove to prove it beyond a reasonable doubt instead of playing partisan politics. The last Congress should have created a legitimately bipartisan committee where the tough questions would have gotten asked. The USCP should have released all the footage to show what happened that day and thoroughly explained the widespread security failures.

Suppose the January 6 riot was as bad or worse than any of the coups in Egypt, Peru, Haiti, Guinea Bissau, or dozens of other countries. In that case, the DOJ should have been able to prove it undeniably, forensically, and objectively instead of using subjectively vague statutes to fit political narratives. We can only hope that history will remember that January 6, 2021, was only a bunch of disillusioned and angry Americans rioting and not some buffoonish comparison to a war over abolitionism, a surprise military attack by a rival power, or an act of terrorism by religious zealots that killed nearly 3000 people.

[Author’s Note: Like most of the contributors to The Havok Journal, I am a veteran and still take my oath of enlistment very seriously. Unfortunately, this mental state has cultivated cognitive and perceptual biases that sometimes counter the academic objectivity necessary for impartial, balanced, and dispassionate writing. Violent extremism is one of my primary research focuses and the subject of my dissertation. However, I have also witnessed radicalization, insurgencies, and hostile non-state actors and their actions first-hand. Thus, my political ideations also insert a certain level of inescapable bias regarding discussions on modern extremism and some of the current narratives circulating throughout social media and traditional news mediums. I hoped I could present a thoughtful and objective article to you, the reader, but please bear in mind when some of my cognitive and perceptual biases crept into the discussion.]