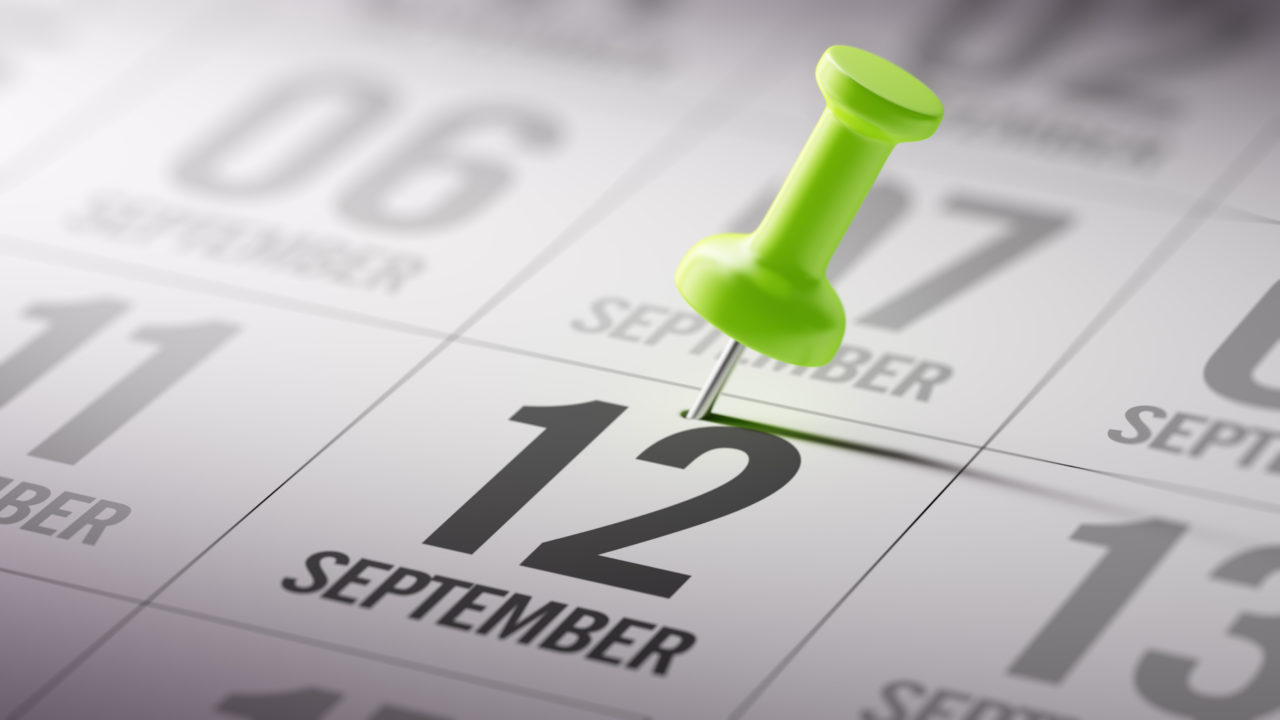 I always forget about September 11, 2001 until September 11, 2001. The specifics I mean. There are always reminders and stories on social media and something goes viral and makes the rounds on social media. This year it was iPhone alarms for the planes hitting, which I thought was clever. Some images show the statistics: 2,996 civilians in planes and buildings, 343 New York Firefighters, 60 New York Police Officers. Some people post workouts focused on the numbers. All ways to commemorate the worst national tragedy in our lifetimes.

The sentiment is usually about how united we all were and how we were all Americans that day and all the things that make us different didn’t divide us anymore. The part they don’t mention is the 3,000 families that woke up on September 12th, 2001, if they slept at all, and spent the first day of the rest of their lives with one less loved one in it. Todd Beamer’s image is another that’s frequently shared every September 11th often accompanied by his last known words “let’s roll” shortly before he and some other passengers attempted to retake their hijacked plane. Mr. Beamer is an American hero, and his courage is something we should all aspire to and certainly never forget. But if you asked Mrs. Beamer if she misses September 12th, my money would be on no.

This is assuming that everyone already knew the fate of the person they said goodbye to for the last time 24 hours previously. I remember a story from a Soldier in the Old Guard who spent 9/11 and the subsequent 30 days guarding the VIPs and important sites on Ft. Myer. He told me about Mrs. Teri Maude, wife of LTG Timothy Maude. In the hours and days after 9/11, bodies and sometimes survivors were still being pulled out of the rubble. People were slowly making the transition from “missing” to “deceased.” Mrs. Maude’s husband was still missing. She didn’t know if he was alive or wounded or dead or what their lives would look like at the end of the week let alone moving forward. So on September 12th, 2001 she baked cookies and brought water to the Soldiers assigned to guard the Fort, and she did so every day until the Soldiers went home. 18 years later it’s still a powerful story, and I doubt there are many among us who would have the fortitude and selflessness to do something like that. I certainly don’t. But I doubt she misses it.

Over 3,000 Americans lost their lives in the attacks on September 11, 2001. The first responders who did survive the attacks on the World Trade Center continue to suffer serious health issues as a consequence. The day after the attacks was the day everything started to sink in. September 12 was the first day of the world that would never be like it was. To say that we miss that day is to look in the face of everyone who lost a loved one that day and say “hey remember that day that’s probably one of the worst you’ve ever had? Man I really miss that day.” Don’t do that; it makes you sound like an asshole.

The nostalgia for September 12th, 2001 reveals another troubling thought: someone has to kill thousands of Americans to get people to be nice to each other for 20 minutes. I think we’re better than that. Call me a shameless optimist, but I believe Americans can be patriotic without fear. I think that the United States has a lot of issues to work on, and I think that we can continue to conquer our issues without the need for periodic bloodletting. Progress is messy, and whatever progress America was making on its issues got put on pause when we came under attack. In the “I miss that day” narrative, all our problems were put aside while we banded together to fight a common enemy. I doubt this was actually the case, but the more material point is that what that narrative actually says is “I miss the day I didn’t have to think about how to make my country better because I could just go put a flag in my front yard and say ‘F— those guys’ along with all my neighbors.”

Part of the reason that Americans have been able to achieve the things we have is because we have weak neighbors to the north and south and fish to the east and west (hat tip to Otto Von Bismarck for that one). We had the time and security to focus on our internal problems and make this nation the best version of itself it could be. It’s a work in progress to this day, but on September 12th, 2001 that security was suddenly gone for the first time in 7 decades.  It was a terrifying day. Who did this? Are there more? When are we going to war? Are we safe in our own homes? Americans were stranded all over the country and the world unable to board flights home. Flags were being folded. Questions were being asked. And many tears began to be shed.

I don’t miss that day, and neither should you.

This first appeared in The Havok Journal on September 12, 2019.