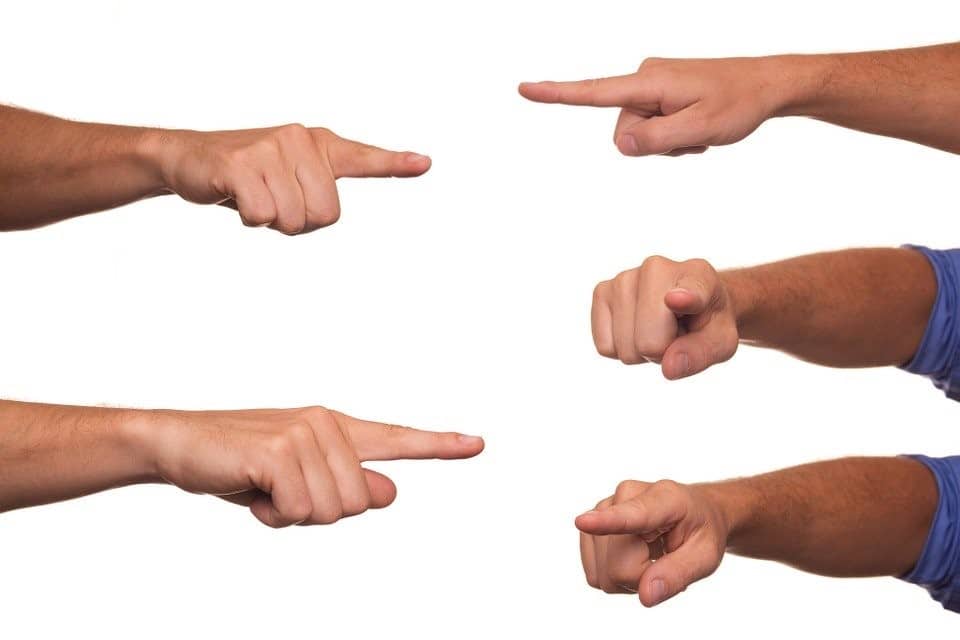 This first appeared in The Havok Journal on April 24, 2020. What are your thoughts a year later?

Surely, today’s oversight committees have been nothing more but politicized quagmires ensuring the American people have something or someone to be outraged.

When it comes to the COVID-19 debacle, multiple entities are at fault—mainly those responsible for the preparedness phase of disaster response.

“Gain-of-function (GOF) research involves experimentation that aims or is expected to (and/or, perhaps, actually does) increase the transmissibility and/or virulence of pathogens. Such research, when conducted by responsible scientists, usually aims to improve understanding of disease-causing agents, their interaction with human hosts, and/or their potential to cause pandemics. The ultimate objective of such research is to better inform public health and preparedness efforts and/or development of medical countermeasures.”– Michael J. Selgelid

Through the monetary hold the Obama Administration placed on Gain of Function research, the United States jeopardized its own bio-security. And unfortunately, things started to roll downhill from there.

Gain of Function research is critical and because such is so detrimental to national security it could not come to a complete halt therefore; the research was outsourced in 2015.

Grant R01AI110964 was awarded to EcoHealth Alliance, Duke-NUS Medical School, Wuhan Institute of Virology, among select others. The research, the U.S. taxpayer-funded research, was physically conducted in China. The U.S. monetary value specifically provided to China’s Wuhan Institute of Virology is estimated to be approximately $3.7 million dollars.

Many Americans immediately jumped all over President Trump when he recently revealed this stark truth claiming he was merely making this up and trying to pass the blame on his predecessor. Unfortunately, and as sad as it may appear, what President Trump revealed was not fictitious nor was it misinformation.

But with the decision to cut such funding for domestic research, control was lost as well as safety. Safety measures in China have proven over and over again that they, as a country, do not match up with the United States’ stringent guidelines. And somehow either through deliberate or accidental contamination, COVID-19 was released from the Wuhan Laboratory infecting hundreds of thousands inevitably leaving many dead.

Some could argue that President Obama failed not only the United States but the world as a whole through his decision to place a hold on domestic Gain of Function research in 2014. Others may feel such a statement is reaching. And yet, Dr. Fauci who is director of one of over 20 offices within the National Institute of Health (the National Institute of Allergy and Infectious Diseases Office) is responsible for the outsourcing (2015) for Gain of Function research worth approximately $3.7 million dollars to China.

That was then, but what about today?

Governors across the country have taken steps to secure their states placing millions in lockdown—forcing businesses closed, shutting schools, and doing their best to ensure medical professionals have all the needs to help save lives. The federal government has worked alongside these governors providing what they can from the U.S. Strategic National Stockpile as well as working with manufacturers to help immediately build/create products to support our medical industry (such as ventilators and masks).

Surely, enough is not being done to help save lives however no one has the magic answer to bring this pandemic to an immediate halt. Countries around the world are losing lives. America is not alone. Nation State leaders are doing their best to respond. They are working closely with one another. And in time, with many prayers answered, COVID-19 will be something in the past no different than the Spanish Flu or the Plague.

We will make it through this however placing blame among those currently involved in the response and recovery phase of this pandemic is unhealthy and energy draining. When things finally settle, then we can look at the response and recovery efforts and dissect shortfalls and negligence. But if one really wishes to take some anger out then maybe they should look at the negligence and wrongdoings among those responsible for the preparedness phase of this crisis—The Obama Administration, The NIAI and its Director Dr. Fauci, and China.