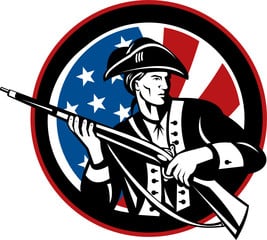 Let’s face it, the insurgency as articulated in the 13 Rules for Radicals of Saul Alinsky, has not only succeeded but has succeeded to a degree never before seen in any insurgency in all the long history of humanity. Right now today, the powers which have been developed within the insurgency are in almost total and irrevocable control of all levels of government, including all political parties, all the many institutions of bureaucracy, the courts, law enforcement and the military, religion, the media and education and international finance and business in most all of the Western World.

It was a masterful multi-generational campaign of insurgency that should be applauded for its sophistication and depth of success. And it is far past the time where a counterinsurgency can push back the tide. Of course, the 13 Rules for Radicals, augmented by the Cloward-Piven Strategy, is only a continuation and a modernization of a much older model of totalitarian communist insurgency as first identified by Karl Marx, refined and carried out by Lenin and Trotsky, and later the Castro brothers and others.

The only question now that victory of the insurgency of Modern Liberal Democracy, formerly known as Fascism or Communism, is, for the most part, a foregone reality, is if it can be successfully undone through the mounting of an insurgency of at least equal brilliance, patience, energy and time. Absolutely essential to any insurgency as counterinsurgency must be a thorough acceptance of “the end justifies the mean” methods employed by the reigning insurgent power. Central to this must be a thorough understanding of the 13 Rules for Radicals with an effective counter to all, counters of immense, ever-evolving complexity employed over multiple generations and across all aspects of civilization. 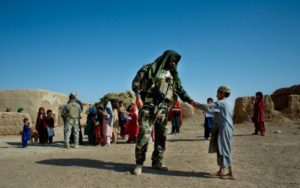 In order to defeat a strong and implacable enemy, one must first accept the enemy is highly intelligent, highly-skilled, is employing a highly-sophisticated strategy and is utterly resolved to win at any cost. There is no negotiation with a powerful enemy and their supporters firmly believing they have or will win. This belief must be denied the enemy through a superior strategy and better-executed campaign which destroys enough of the enemy, their supporters, and logistic lines for generations to come so as to force them to the negotiation table.

Despite all the arguments to the contrary, manuals upon manuals of doctrine, any truly intricate and committed insurgency conducted across multiple generations, succeed at replacing the current system despite even the most robust counterinsurgency. A successful insurgency is one that has taken the time across generations to control the minds of the masses while establishing the new elites and elite structures mostly through a perversion of existing elites and structures. And when the enemy has through their own insurgency become your government and the elites and elite institutions which support them, an open and direct response is no longer possible of accomplishing anything but the identification and thereby the destruction of those responding.

The only effective response to a successful insurgency, like that now firmly established in Western Civilization, is a more successful follow-on insurgency. A follow-on insurgency will never occur if remaining elites and elite institutions from the previous system are in denial about the loss of their system, a loss which rarely occurs instantly but instead is bleeding away by the new system over generations. And the longer it takes to mount an effective new insurgency the more expensive and unlikely it will become.