Putting forward a set of proposed rules for an insurgency means nothing without concrete recommendations with respect to how said Rules can be applied within the confines of the currently existing environment. This is due to the fact a thorough understanding of how they may be applied in an existing hostile environment is critical to developing a campaign plan. Particularly when that campaign needs to bridge two to four generations firmly within the territory of an immensely powerful and hostile enemy.

Before we can discuss concrete steps to be taken and lines of effort to be pursued in accordance with each rule, it is critical to know what an insurgency really is. Not the violent 1% which garners so much attention but is really only that, 1% of the insurgency. An insurgency is really only one thing and that is highly complex, consistent messaging across generations. Messaging with the sole purpose to shape and condition the minds of all the many different social blocks within the confines of the civilization the insurgency is set to change as well as to garner support from external forces to the civilization the insurgency is bent upon influencing. 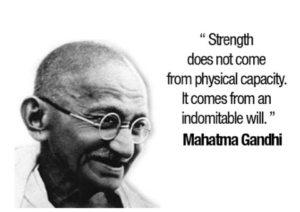 “This is another type of war, new in its intensity, ancient in its origin—war by guerrillas, subversives, insurgents, assassins, war by ambush instead of by combat; by infiltration, instead of aggression, seeking victory by eroding and exhausting the enemy instead of engaging him. It is a form of warfare uniquely adapted to what has been strangely called ‘wars of liberation,’ to undermine the efforts of new and poor countries to maintain the freedom that they have finally achieved. It preys on economic unrest and ethnic conflicts. It requires in those situations where we must counter it, and these are the kinds of challenges that will be before us in the next decade if freedom is to be saved, a whole new kind of strategy, a wholly different kind of force, and therefore a new and wholly different kind of military training.”

“Insurgency is the organized use of subversion and violence to seize, nullify, or challenge political control of a region. Insurgency uses a mixture of subversion, sabotage, political, economic, psychological actions, and armed conflict to achieve its political aims.  It is a protracted politico-military struggle designed to weaken the control and legitimacy of an established government, a military occupation government, an interim civil administration, or a peace process while increasing insurgent control and legitimacy—the central issues in an insurgency.  Each insurgency has its own unique characteristics but they have the following aspects: a strategy, an ideology, an organization, a support structure, the ability to manage information, and a supportive environment.  It is these aspects that set an insurgency apart from other spoilers and present a significant threat.   Typically, insurgents will solicit, or be offered, external support from state or non-state actors…”

“…Long-standing external and internal tensions tend to exacerbate or create core grievances within some countries, which can result in political strife, instability, or, if exploited by some groups to gain political advantage, even insurgency.  Moreover, some transnational terrorists with radical political and religious ideologies may intrude in weak or poorly governed states to form a wider, more networked threat…”

The counter to such activities and threat is Counterinsurgency or COIN:

“…COIN is a comprehensive civilian and military effort designed to simultaneously defeat and contain insurgency and address its root causes. COIN is primarily a political struggle and incorporates a wide range of activities by the HN government of which security is only one, albeit an important one. Unified action is required to successfully conduct COIN operations and should include all HN, U.S., and multinational partners. The HN government in coordination with the chief of mission (COM) should lead the COIN efforts. When the operational environment (OE) is not conducive to a civilian agency lead for the COIN effort within a specific area, the joint force commander (JFC) must be cognizant of and able to lead the unified action required for effective COIN…”

Over the coming 13 weeks, each of the 13 Rules for the Counterradical will be detailed individually in the context of recommendations for possible nonviolent insurgency and the inevitable COIN which will arise. To be clear what is proposed by this series is an insurgency of everything left of Overthrow, with zero room for violence. In the immortal words of the greatest insurgent in human history:

“Non-violence is the greatest force at the disposal of mankind. It is mightier than the mightiest weapon of destruction devised by the ingenuity of man.” – Gandhi

While Gandhi provided the example of the type of nonviolent revolution we must pursue with all vigor, the type of revolution is necessary to the evolution of all great societies, let us not forget the warning of John F. Kennedy: