HomeNationBusinessBullets2Bandages: Vetrepreneurs Giving Back To Veterans 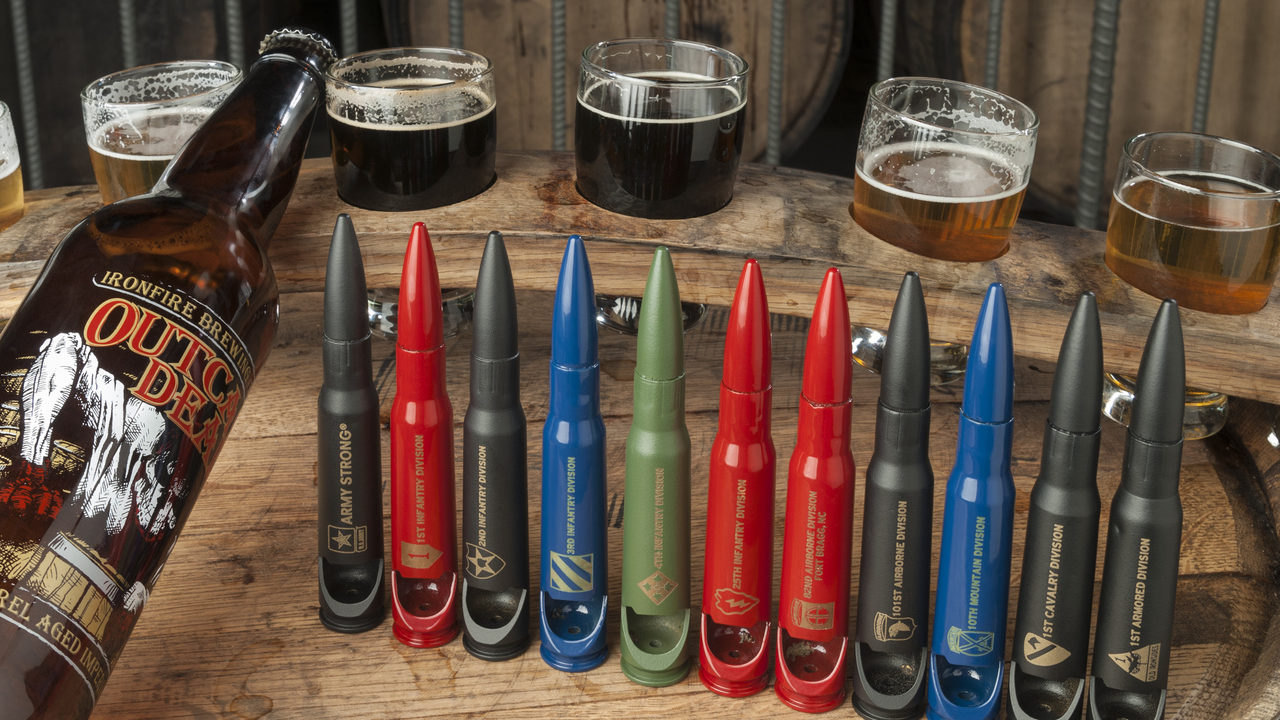 Editor’s Note:  One of the great things about this job is that I get to engage with veteran entrepreneurs, or “vetrepreneurs,” who are out there making it in the world of small business and finding a way to give back to the veteran community.  I recently sat down with Eric Montgomery from Bullets2Bandages to talk about veteran-owned small businesses, corporate philanthropy… and the Army/Navy football rivalry.  Enjoy.

HJ:  Eric, you and your business partners are the owners of Bullets2Bandages, a veteran-owned small business that started in 2011.  I’m a big fan of B2B and I know much of our audience is as well.  For those who may not be familiar with your company, how would you describe what you do?  Where can our audience buy your products?

B2B:  We began our mission of supporting veteran charities through the sale of apparel and accessories about four years ago in what we thought would be a one-off fundraiser for the Travis Manion Foundation.  Travis was one of our Naval Academy classmates who was killed in Iraq back in 2007.  His parents started a foundation for veterans and families of the fallen, and we helped support the Foundation with necklaces and keychains made out of spent ammunition.  The idea behind that was to take these weapons of war, these instruments of destruction, and repurpose them into something positive.

This effort picked up a little more traction than we expected and so we expanded into a handful of other product lines which for the most part involved recycled or what we call “upcycled” military gear.  From that one fundraiser, we expanded both our product line and our marketing footprint.  In addition to our website and events where we sell our products, we’re also on the shelves in a handful of large retailers such as Cabela’s and the Navy and Marine Corps Exchanges, about 70 breweries, gun shops, patriotic/military themed stores, things like that.  And this whole time, we’ve stuck to our fundamental mission of supporting veterans’ charities.

HJ:  You served in the Marine Corps prior to working for B2B.  What did you do in the Corps?  Did you ever serve in Iraq or Afghanistan?

B2B:  I was an infantry officer in the Marine Corps.  I did two tours in Iraq, one in 2006 and one in 2007-2008. After I left my battalion I was assigned to recruit training duty at MCRD San Diego and spent two years in training companies before I moved on to a staff job in the Commanding General’s office, then in 2011 I left active duty and went to graduate school.

HJ:  Many veterans go to school or start small businesses after they get out of the service, and you did both!  What led you to the decision to go from leading infantry Marines to business school and into small business entrepreneurship?

B2B:  When I was getting ready to leave the Marine Corps in 2011 I wasn’t really sure what I wanted to do, but after thinking things through and talking to some people and considering what might be a good fit for my interests and skills, I decided I wanted to get into management consulting.  If I wanted a shot at one of the big firms, like McKinsey or Boston Consulting Group, I knew I’d need to get into a top-tier business school.   So I applied to a handful of top 20 business schools, and I was shocked to get admitted to Harvard.

HJ:  Well done!  Harvard Business School is the number one business school in the country.  Many colleges and universities, especially those in the Ivy League, sometimes have a reputation of being anti-military or at least being unfriendly or unsupportive of the military.  What was your experience like at Harvard?  Why did you decide to work for B2B after graduation?

B2B:  I really liked Harvard!  I expected to learn a lot, I expected it to be a challenge academically, so I was prepared for that. What was surprising to me was how well I got along with my classmates.  Coming from a military background and having grown up in the public school systems of North Carolina, I was concerned about how I’d be received by the “stereotypical” Harvard student and was prepared for the worst when I started class.  But what I found was that there were just some amazing people!  Almost to a person they were friendly, helpful, curious, highly intelligent, and just a lot of fun to be around. The administration was also unbelievably supportive of our veterans club and initiatives we wanted to start up.

So I went through the process of seeking a summer internship with several of the major consulting firms, and was not offered an internship with any of my top choices.  Rather than taking an internship with another company that didn’t really appeal to me, I spent the summer between my first and second years of graduate school out in San Diego with B2B, and I really enjoyed what we were doing.

Working in such a small, tight-knit organization, it’s really easy to gauge the relative success of my efforts.  It’s really easy to measure how successful our efforts are, and I find that very motivating and rewarding.  After that summer I decided that working in a small company in general (and at B2B specifically) was what I really wanted to do, and I was fortunate to have the opportunity to join them upon my graduation.  Plus I love Mexican food and I love beer, and there are lots of great options for both of those right here in San Diego.