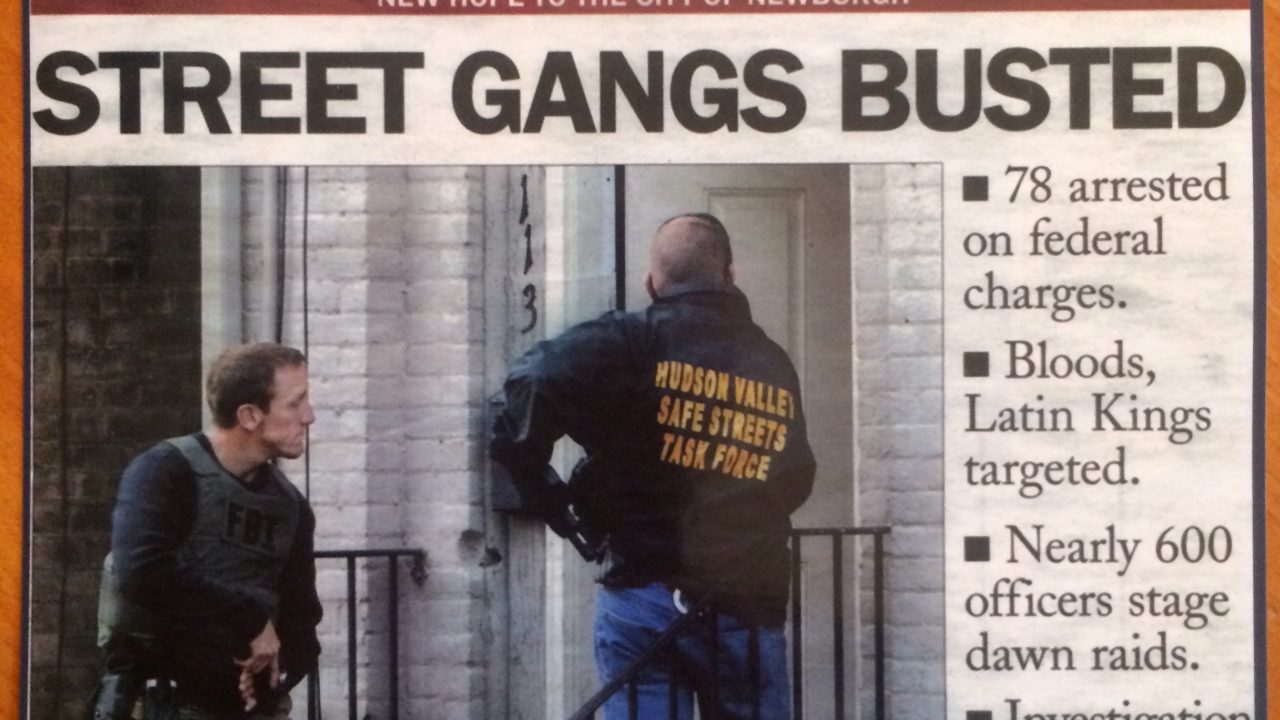 It was just after midnight on October 4th, 2009, Sunday. I was wrapping up a late evening workout at the local 24/7 gym, when my Bureau-issued Blackberry buzzed in the cup holder on my treadmill.

“Jimmy, we got him,” he breathlessly exclaimed.

“We got HIM! Double-freaking-Oh! One of our young patrol guys, Brandon R. responded to a call from a 10-90 (complainant) who advised of shots fired in area of 109 Lander Street. Jimmy, we got him! Kid made a great collar. Chased him down after identifying him as a suspect fitting the description and clutching his waistband, where he had an S&W .38 secreted. Foot chase leads to a struggle and “00” gets disarmed and cuffed. He’s here. We got him in an interrogation room now. Gonna take a crack at interviewing him. You need to get down here, like NOW! I repeat — this is NOT a joke!”

Before I could respond, Stevie had hung up. I knew he’d be calling Mike M., our lead prosecutor at SDNY on the BLOODS gang case, and getting some marching orders on the way forward. “00” was a convicted felon. Though weapons possession charges were typically purview of the state, there were federal gun statutes that could be applied — “Felon in possession of a weapon” immediately came to mind. I assumed Mike would recommend we take this over on the federal side. It was time to start rattling some cages in the Newburgh gang universe. We would make our federal introduction, but not show ALL of our cards just yet. The game of chess we had been playing in Newburgh had suddenly come down to an opportunity for checkmate. But patience was called for. Make a blunder here and possibly make a colossal blunder that allowed the king on the violent Newburgh chess board to escape our snare.

I walked into the Newburgh D.B. (Detective Bureau) still attired in my workout clothes; 1/4-zip Under Armour top and shorts. Steve rushes over and exclaims, “Daddy, we got him. I told you he’d make a mistake. And how about the rookie who made the collar. What a job he did!”

I thought back to the futility I felt when “City” was murdered, shot point-blank in the face by a masked man we knew to be “00” back in March — just seven months ago. As positive as I had been all along that the course we had set and the plans we were executing would eventually lead to a stumble, or misstep by the gang leaders in Newburgh, seven long months had dragged on, and the optimist in me began to quietly doubt our luck.

But now this. We could finally take the king off the chess board, which, in and of itself, made Newburgh a safer city, and then slowly and methodically build our federal narcotics conspiracy and RICO cases in order to remove the rest of the chess pieces one by one. Fortune was shining down upon us. The much maligned City of Newburgh was finally going to catch a break, so it seemed.

“Jimmy, he’s rattled, but he’s trying to regain his sense of calm. I gave him one of my Newports. See, I told you my smoking habit would come in handy for us one day,” Steve coyly stated, and then winked.

Steve’s smoking habit aside, which I always kidded him about, especially as he adjusted to working in federal task force space — a bit less forgiving for those with a penchant for unfiltered Camels, than say the hazy, smoke-filled Newburgh D.B. — but it resulted in the first bit of critical relationship-building with “00.” I peered through the one-way glass and caught my first glimpse of “00” shackled to the wall and seated in front of the interview room table in Interview Room #2. He was a formidable figure, even when restrained. I turned back to Steve:

“Hey, we’re gonna get one chance here, and one chance only, to try and induce cooperation. Has he made any statements yet and has he been advised of his Miranda warnings?”

“Yup. Covered,” allowed Steve. “All documented and the pedigree information is being collected, as we speak.”

Through the glass, I noticed another Newburgh Detective busily scribbling down details on the pedigree sheet, as “00” casually drew long puffs off his gifted Newport.

“Steve, has he been offered a bathroom break, and water?” I quickly added.

“Um, yeah, funny story, Boss. Although he happily accepted my cigarette, when I offered him a cup of water, he turned it down. Told me he figured we’d try and poison him, and only agreed to accept water from us if he could see us draw it from the source. I had to escort him to the goddamn water cooler and let him watch me pour a cup.”

“That’s him trying to reassert a bit of power,” I added. I’d seen it before during years of subject interviews. As a criminal enterprise leader suddenly loses control…and power…following an arrest, they work furiously to reestablish it in any way possible. The added headache of having to unshackle “00” and escort him to the water cooler was nothing but a ploy to regain a shred of “power.”

“Boss, Mike’s on the phone for you,” barked another Newburgh detective who had come in to assist that night.

I took the phone, an archaic touch-tone landline tethered to a detective’s empty desk, and then spoke briefly on the phone with our lead prosecutor about interview considerations. We discussed how the Southern District would file the federal complaint the following day. We chatted about topics to avoid in the interview I was then going to conduct. We both realized we’d get but one crack at this guy. And Mike reminded me that if at any point during the interview that Boykin elected to cease talking, OR, requested an attorney, I had to immediately honor those requests. I affirmed my understanding of Miranda and told him we’d call him back shortly with any progress or additional questions.

I cautiously opened the door into Interview Room #2, and in so doing, the detective wrapping up the pedigree information collection immediately stood up and nodded at me. “00” slowly turned his head in my direction and a look of bemusement came over his face. As the detective closed the door behind us, I moved towards the vacant chair and sat down directly across the table from the man I had been hunting for so long.

We were finally HERE. All these long months of investigation, and threats, and murders, and lawlessness in the region, and here we were, seated across from one another; the hunter and the hunted. I took a deep breath.

“Whatever you like is cool,” the gangster casually replied. He was lounged back in his seat, huge biceps draped over the edges of his seat, and the Newport indelicately dangling from his lips. He was the picture of composure and disinterest.

“Well, to begin this formally, I guess you know, I’m James Gagliano, the FBI Agent in charge of the Hudson Valley Safe Streets Task Force. We’ve never met, officially. But I guess we know each other from our work.”

He stared straight at me, his eyes unblinking, and stone-cold. I imagined those same eyes peering through the ski mask that night back in March, as the bullets were released into Lamont Young’s face inside the juke-joint. If only we’d had enough to arrest him back then, before “City” was murdered. Was there anything else I could have done? I let the thought dangle there, as I watched “00” straighten up a bit in his seat and lean across the table.

Like the demand to see the source of his cup of water, the gangster decided to flex his control-muscles once again.

The game was officially on. I grinned, pushed my chair back, and stood up.

“Anthony, I’m headed back downstairs to my vehicle to retrieve my federal credentials and badge. While I know you must find this amusing, your world, tonight, has forever been changed. I don’t think you’ll ever see the streets you were snatched up off of tonight, in this lifetime, again. I’ll be back momentarily. Enjoy your last few moments of shot-calling.”

I let my words purposely trail off. And as I turned to exit the door, I thought I detected the first true hint of concern envelope Boykin’s face.