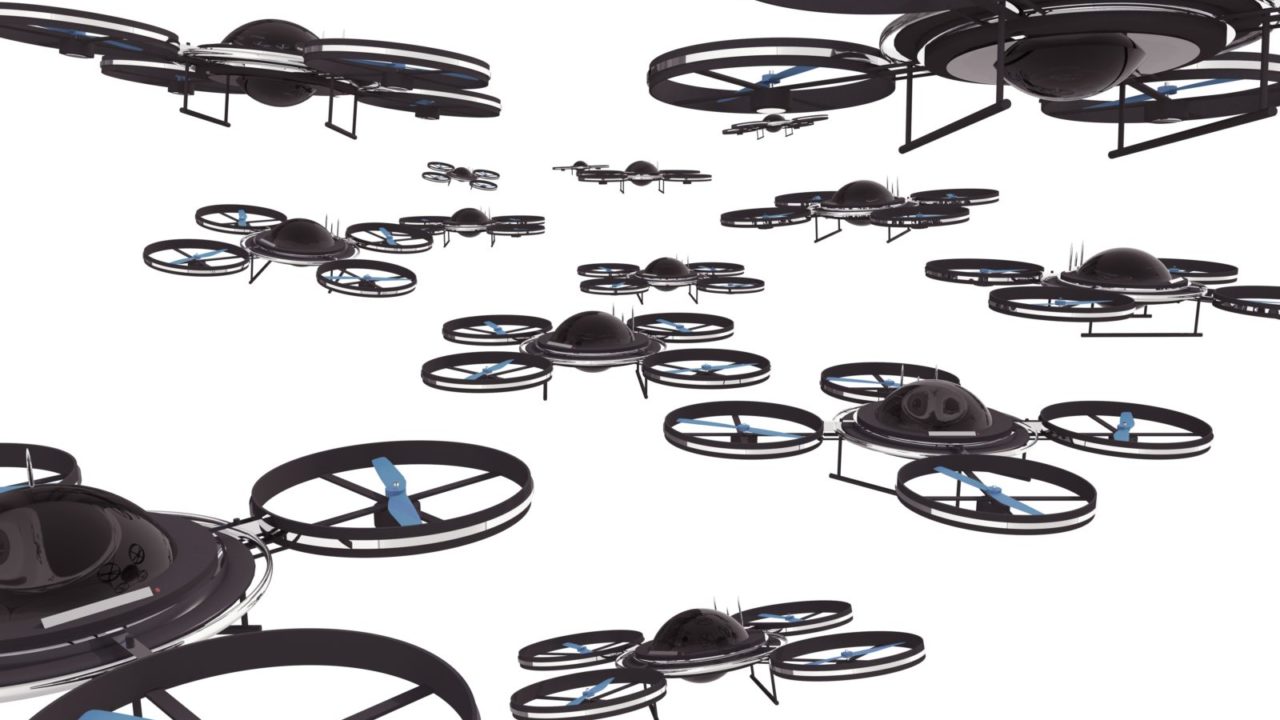 Anti-Drone Defenses: Some Ideas Are Better Than Others
by Leonard O. Benton

Well as a Kentuckian can attest, shooting a drone causes more problems than it solves. He claimed that the drone was taking pictures of his daughter in a bathing suit. His charges all stem around firing a weapon against city ordinance. Take the risk and pay the fine.

One key is that unfortunately there is no expectation of privacy in public. This includes your back yard. You might have a privacy fence but that is more in the way of protection against random view. It does not do anything to the view from an upstairs window, tree or some other location. Numerous cases between the paparazzi and the “A” listers of Hollywood have been settled showing that in public, there is no legal protection from the camera.

If that is the case protection do we have against the budding and growing industry of drones flying about us? They come in all sizes from the tiniest just barely bigger than a deck of cards to the ubiquitous Predator, Global Hawk, and others of military fame. One kid even put a gun on his that fires. The court is still thinking that over. It does not violate any rules you see. Most have a camera of some sort and while they have a ceiling of 400 feet by FAA, that limit gives them plenty of room to see around them.

Even if the drone is not over your property, it can see from height and photograph, which is why the military likes them. Hovering next to your yard, everything in your yard is open to public view. And they can come over your yard and there is nothing legally you can do about it beyond asking them to stop and calling the police if they don’t.

The FAA classifies drones one of three ways in basic terms, governmental, civil, and hobby. There are some very specific rules for civil use drones and limits for hobby use drones. According to those rules, the real estate agent needed some papers to cover the operation of his drone because he was using it for profit by taking pictures of a house.

Hobby drone flight rules are not about your privacy but about respecting the airspace in relevance to manned aircraft, airports, and size of the drone. There is one rule which applies firmly; the operator must be in visual sight of the drone.

Now, as for Kentucky, the charges were discharge of a firearm, but the first question is, where was the operator that did not know he was over the wrong house. If he could see the drone, as is required by law, then he knew where it was. If he was using a hobby classification, he could also get into trouble with the FAA. The shooter can also be in trouble with the FAA because a drone is considered an aircraft, even in hobby use, and shooting one down carries the same repercussions as shooting at a civilian aircraft.

But that leaves you and me. What are our actions? Well peacefully, the drone operator is supposed to be within visual sight, not camera sight, they have to be able to see the drone with their mark one eyeball. Which means if a drone is whizzing around your property, the operator is supposed to be around where you can find them and tell them to stop. You don’t have a right to the airspace above your property. You can put up a no trespassing sign on your fence and individuals are in violation when they walk on your property, but you cannot regulate the space above, that is the FAA’s job and they placed no restrictions on flights that do not involve airports or manned aircraft.

You could have your back yard designated as an airport but that would require a butt load of paperwork. Suffice to say, shooting the drone down is not a legal option, and it is also illegal to jam the frequency and cause it to crash. It doesn’t matter what you use, you cannot hit the drone with anything.

We don’t have a lot of options here.

You can use netting to shield your property from visual sight or you can report the operator to the police if they are bothering you with their drone. Those are the left and right limits of drone defense. The interesting things about the rules that I note are simple, you have to treat the drone as legitimate aircraft. You could be in your back yard, in need, and you could use a mirror to signal for help from the drone. On a sunny day a large 12 inch mirror should allow you to get a great signal to the drone and perhaps the operator will call for help.

Or you could simply water your lawn and use the beneficial rain effect sprinkler system that shoots water vertically to create a rain function.

You have to think like an insurgent. Since you cannot shoot the drone down, and you may not get the operator to cooperate peaceably, you need to take another avenue. Deception is always a valid tool and so is deceit. Get a blow up doll and add some features that will make the drone pilot sorry they looked. Take a dump on your lawn where only the drone can see and leave it. If it is a real estate picture taker, the sight of your blazing fanny in the breeze is going to make it hard to sell that house.

Put signs on the lawn showing you worship the devil and use the drone operators name in a spell. That should be good for a least a nervous feeling. Or you can camouflage everything so that the drone operator does not see what you are doing.

Bottom line, you cannot interfere with the flight of the drone which includes blasting it out of the sky with your trusty duck gun. You can’t use your garage door remote to cause it to crash, and you cannot burn it down with a laser.

While we are on the subject of flying pests, did you know that a strong fan will give you a mosquito free back yard? The best fans for the project are repurposed, see we recycle, squirrel cage fans from HVAC units in homes. You can check with an AC repairman about a used fan. Build a box around it to control the intake and exhaust and you can keep your back yard pest free of noxious flying insects because they simply cannot fly against the pressure of that fan.

Know your limits when dealing with drones. Obey the law, don’t get too bent out of shape or bend the operator out of shape if they don’t listen to you. Call the cops if there is a clear need. Signal the drone for help if you feel assistance is warranted, water your lawn, and use a fan to keep pests away.

Have a good one.

This article first appeared in The Havok Journal on 12 August, 2015.
http://blogs.marketwatch.com/capitolreport/2014/06/25/are-drones-illegal-in-your-state-this-map-can-tell-you/