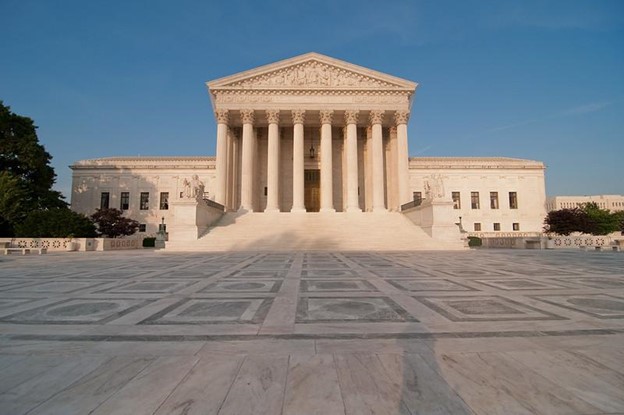 “Supreme Court” by Mark Fischer is licensed under CC BY-SA 2.0

From the outside, California is viewed as being an extremely liberal state. It’s a state that has been on the forefront of such liberal causes as the legalization of marijuana, same-sex marriage and abortion.

California is also home to the glitterati, the stars of film and television, the folks that conservatives love to denigrate as the Hollywood elite.

Yet for all this supposedly left-leaning liberalism, when it comes to the legalization of sports betting California remains steadfastly resistant.

On May 14, 2018, the United States Supreme Court overturned a ruling that previously prohibited sports betting in states other than Nevada. Naturally, among the leading sports betting sites, all eyes turned to California.

“Supreme Court” by Mark Fischer is licensed under CC BY-SA 2.0

With its population of more than 40 million people and vast varieties of pro and college sports teams spread across the state, sports betting looked like it would be a natural for California. Yet more than two years after the courts opened the door and while traditionally conservative states such as Arkansas, Indiana and Tennessee have moved to legalize sports betting, California continues to drag its feet.

Sports betting in the form of horse racing has long been a staple of the California landscape and remains a popular betting option. Extending wagering to other sports would seem a natural transition but it continues to be met with resistance.

Two rival factions are fighting each other over the implementation of sports betting in the state and that’s the main reason that the shackles are being kept on legalization of wagering on sports in California.

Currently, all casino gambling in the state is controlled by Native tribes. California currently has 69 Native American casinos that host some 70,000 slot machines and more than two thousand table games.

An initiative that is supported by 25 Native American tribes who control those casinos is seeking to limit sports betting to physical casinos and racetracks. This measure also wants to place a ban on all online gambling within the state of California. That would prove to be a devastating blow to potential revenue generation from sports betting.

In New Jersey, for example, over 80 percent of all wagers placed on sports are done so online. Industry experts are projecting that if online wagering is factored into the equation, sports betting in California could be worth $2.5 billion per year.

On the other side of this issue are owners of card rooms that are spread across the state. This group is supportive of online sports betting and naturally wants to get a piece of that action connected to their facilities.

The most recent bid to legalize sports betting, a bill proposed by state Sen. Bill Dodd (D-Napa) that would have put a referendum on sports betting on the November election ballot, was shelved in June when Dodd realized there wasn’t enough time left to push the initiative through in time for inclusion in 2020.

“Given the deadlines for getting a measure on the November ballot and the impact of COVID-19 on the public’s ability to weigh in, we were not able to get the bill across the finish line this year,” Dodd said in a statement. “It remains important that we lift this widespread practice out of the shadows to make it safer and to generate money for the people of California.”

Members of Gov. Gavin Newsom’s staff sought to broker a compromise on the matter but also ran out of time.

The Native tribes, already angered by the presence of the card rooms within the state, believe that the allowance of online gambling would further siphon business away from their brick and mortar retail casinos.

The next hope for California is that the state can get the issue on the ballot in time for the 2022 midterm elections. That means at minimum, legalized sports betting is still at least two years away from being a reality in the Golden State.