HomeLeadershipSurrender is not a Ranger Word, but Trust, Humility, Failure, and Resiliency Certainly Are 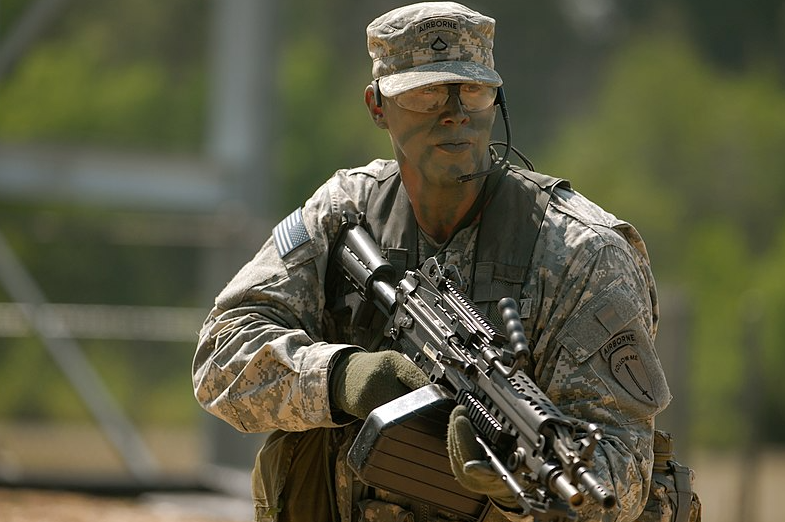 How the leadership lessons of MAJ Robert Rogers can transform leaders and leadership today.

It is truly amazing.  Books, videos, and social media are filled with “new” and “innovative” ideas on how to lead better.  The past is bemoaned as antiquated, draconian, and no longer relevant to lead people in these modern times.  Current thought-leaders are convinced they know better than those that came before them, and the new and improved thoughts and ideas will transform people to heights never seen before.

If you want proof, that the same leadership that is touted today as something new, existed years ago simply read the journals of Major Robert Rogers of the Queen’s Rangers.  In these journals, that span his time in the French and Indian War, leaders can see how things like humility, trust, failure, and resiliency were staples in successful leadership over 250 years ago.

Let’s start with the man himself, Major Robert Rogers.

As any U.S. Army Ranger will tell you, Major Rogers is not only considered one of the founding fathers of America’s modern-day Rangers, but he is also the author of the document still memorized by Rangers today, Rogers’ Rules.  These twenty-eight “Rules” provided guidance for his Rangers and helped establish the ideas that are still the hallmark of today’s Rangers.  However, while the “Rules” are always referred to and highlighted, mainly because of their conciseness and clarity, they are not what was most striking about Major Rogers.  What makes Major Rogers the legend he continues to be is his ground-breaking leadership.  In a time where military obedience, not discipline was paramount to the fighting formations of the day, and Soldiers were expected to retreat as cowards without directed leadership, Major Rogers understood the nuances of leadership.  Major Rogers was able to lead in a way that balanced “rules” with guidance, discipline with trust, privation with resiliency, failure with learning, and mission with people.

While Rogers wrote these rules, he also wrote them in such a way that they would set the conditions for innovation and human capacity.  While rules are usually seen as restrictive, absolute, and finite, Rogers’ Rules were anything but.  They focused on previous lessons learned and were written as guidelines as opposed to gospel.  While this is evident in each of the twenty-eight, what is striking is a paragraph he writes at the end of his rules:

“Such in general are the rules to be observed in the Ranging service; there are, however, a thousand occurrences and circumstances which may happen that will make it necessary in some measure to depart from them and to put other arts and stratagems in practice; in which cases every man’s reason and judgment must be his guide, according to the particular situation and nature of things; and that he may do this to advantage, he should keep in mind a maxim never to be departed from by a commander, viz. to preserve a firmness and presence of mind on every occasion.”

It is clear, that despite taking the time to share what he had learned were best practices, he did not think it a substitute for clear intent and good judgment at the lowest level. Rogers knew that leadership was not about creating rules and then enforcing them; it was about providing guidance, vision, and intent, and then trusting your people to make the right decisions in any given situation.  He knew that leaders can’t create rules that will fit every situation, so give principles – make them clear enough that everyone understands them but make them general enough that they can be adapted to any given situation.  In short, if rules create capabilities (solutions to known problems), Rogers developed them, so they created capacity (the ability to solve unknown and unforeseen problems). This in and of itself is revolutionary and innovative for the time (and one wonders how commonplace it is today, on the battlefield or in the boardroom).

Let’s look now at how Major Rogers was able to take these novel ideas and lead in a way that is applicable today as it was in the mid-1700s.

Combat, regardless of the era, requires leaders to wrestle with concepts that seem plain and clear in the calmness of peacetime.  Ideas like “trust”, “humility”, “resiliency”, and “failure” are easily condensed into absolutes that we can place in any young leader’s lexicon and expect blind understanding and obedience when the stakes are not high.  But add the stress, pressure, and fog of war and these same concepts are more intricate, require more thought, and ultimately are the difference in an organization’s ability to move forward.  Interestingly, while imperative on the battlefield, trust, humility, resiliency, and failure are as equally important when leading anything – a classroom, a company, or a team.  And again, it is easy to embrace these ideas with bumper-sticker precision when things are good, but the complexity increases as the stakes rise, or the situation worsens.

Major Rogers knew this and was sure to account for them in his journals.

He recounts the importance of trust and humility in a situation where, from his perspective, what he was being asked to do was incorrect.  Asked to conduct a mission with less than half of what he considered minimum force, with an enemy surely waiting for him, he writes:

“…what could I think!  To see my party, instead of being strengthened and augmented, reduced to less than one half of the number first proposed.  I must

confess it appeared to me (ignorant and unskilled as I then was in politics and the art of war) incomprehensible, but my commander doubtless has his reasons…”

Days later, on this same mission he writes:

“…I deliberated with the officers how to proceed, who were unanimously of opinion that it was best to go by land in snowshoes lest the enemy should discover us on the lake; we accordingly continued our march…”

Major Rogers, at this time a seasoned Officer and warfighter, puts his trust both in his leadership and in his people, even when he may not see things the same way.  Instead of fighting his leadership to do what he himself thinks is right, he considers the leader and trusts his reasoning (though it can probably be assumed he asked a few questions, so he was able to meet the commander’s intent).  Instead of assuming he was the smartest person in the room, he publicly acknowledges he was in a state of development and still had lessons to learn.  Instead of exacting obedience from his people, he collaborates with them to develop a solution that serves them and the mission.

Rogers’s humility and his ability to trust, both up and down, in difficult and stressful times, are a great reminder to all leaders – do we trust those who lead us?  Do we trust those we lead?  Do we have the humility to do so when things are difficult?  And if we neither have the trust nor the humility, can we articulate why we do not?

How Major Roger’s looked at failure and resiliency is also something for today’s leaders to note.

Rogers’ journal has no shortage of failed missions: failed reconnaissance, skirmishes that end in defeat, lost Rangers.  What is remarkable about his failures is that he matter-of-factly admits them and moves on.  He blames no person, nor no one action for them, he simply takes the lessons he learned from them and continues his missions.  How leaders approach failure is a key indicator of how resilient their organization will be when the odds are not in the organization’s favor.  This was even the case in the French and Indian War.  Despite numerous failures, Rogers’s leadership provides for amazing resiliency in future battles.  Take the following account:

“…we soon found our mistake, and that the party we had attacked were only their advanced guard, their main body coming up, consisting of 600 more, Canadians and Indians; upon which I ordered our people to their own ground, which we gained at the expense of fifty men killed; the remainder I rallied and drew up in pretty good order, where they fought with such intrepidity and bravery as obliged the enemy (tho’ seven to one in number) to retreat a second time…”

In the face of mistakes, overwhelming force, and already considerable losses, his Rangers “displayed the intestinal fortitude required to fight on the Ranger objective and complete the mission”

This ability is not something only the Rangers of yesterday and today are capable of, this is something all leaders can develop in their people, just like Major Rogers.  The lessons of hundreds of years ago are as applicable today as they were then, they need only to be applied.  If leaders attempt to embody the idea of humility, demonstrate trust in both their superiors and subordinates, react to failure as a learning moment and build resiliency through those learnings, we all can lead like Rangers.