HomeLeadershipMilitary Leader or Business Manager? (Part 2: Is There a Difference?) 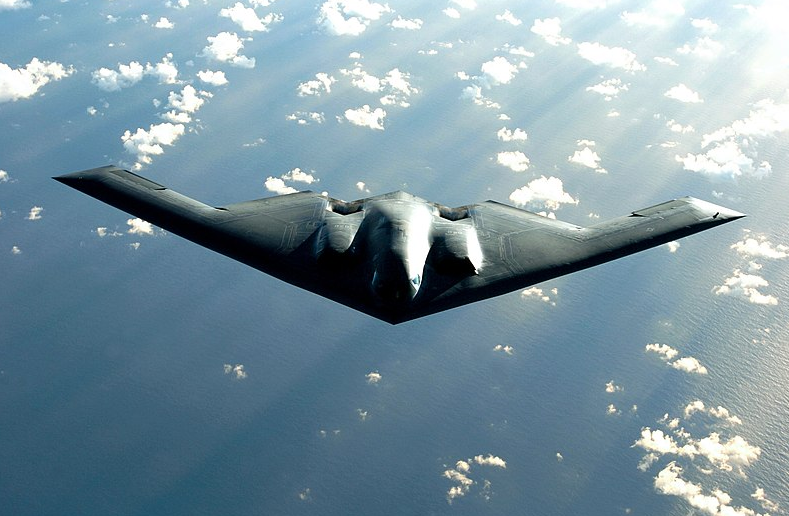 In Part 1 I asked questions as to where all these bad leaders come from and whether or not this is something new or if it’s always been this way. While researching this series I found a paper written by Lt Col Robert P. Hansen while he was attending the Air War College. It is titled, “Combat Leadership: A Historical Analysis of Traits, Definition, and How it Differs From Peacetime Leadership.” Lt Col Roberts provides a historical analysis of successful combat leaders and argues that successful peacetime leaders will not be ideal combat leaders and that their characteristics are mutually exclusive.

“Is there a difference between the type of leadership required in the peacetime military and that required in combat’? If there is a difference between the two different styles, or requirements, of leadership, then there must be a set of traits or personality characteristics that would provide the leader with a greater probability of success in combat. On the other hand, if these traits are different from those required for success in the peacetime leadership of the military, the differences should be acknowledged and accommodations should be made to provide for the development of both types of individuals. Has the military in general, and the Air Force in particular, acknowledged this difference and taken action to prepare its future leaders for combat?” (Pg 1)

The last line struck home. Has the Air Force acknowledged this and taken action to prepare its future leaders for combat? You tell me. If training on sexual assault, human trafficking, suicide prevention, the Lautenberg Act, use of social media, yadda, yadda, yadda, prepare leaders for combat then we are the most lethal fighting force in history. In an average year how much time is devoted to combat leadership training versus what would qualify as business management training? I think we’ve answered Lt Col Hansen’s question.

“…we have a giant career-enhancing machine that has defined the prerogatives of success, and that these prerogatives have nothing remotely to do with fighting and everything to do with budget battles and their ramifications.” (Pg 1)

Ouch! Professors at civilian colleges are seeing the problem? That’s just plain embarrassing but something even someone with the IQ of Forrest Gump could easily observe. What else explains a General threatening his people with treason for talking positively about the capabilities of the A-10 to Congress? Was combat first on his mind or was it budget and politics? (Look up MG James Post Vice Commander Air Combat Command Jan 2015 for more information.)

Professor Gabriel further notes, “The function of the military officer (leader) is one track, and that’s to fight. If he does that well, everything else he does or doesn’t do well doesn’t matter.” Again, does this fit with how leaders are groomed and trained? It seems that the main mode of operation of today’s leaders is just to make sure nothing bad happens on their watch. If anything can impact a leader’s career it is handled by writing a new regulation or procedure to ensure that those above see a mitigating action. Meanwhile, General LeMay is rolling in his grave. Sorry, Sir, we wish you were here to stab your cigar at some people and show them the door.

“The greatest deterrent to developing dedicated young leaders is the present system of encouraging our young officers to be ‘yes men and to ‘not rock the boat’… I do not mean to advocate having a bunch of rabble-rousers, but we need honest men of courage who do not hide behind rules and regulations. We need officers who will risk their professions to see that others are treated fairly. A man who has the strength of his convictions will be respected, admired, and followed.” (Pg 10)

Thanks General Bench! I challenge all of you to think about yourself and the leaders you know and compare that to what General Bench said. Ugh! It’s depressing.

Lt Col Hansen says that the concentration on management over leadership discourages risk-taking, and encourages the maintenance of the status quo and careerism. How many people do you know that are purely focused on their next promotion and the next higher level of responsibility? Truthfully it’s frightening and I’m guessing Gen Billy Mitchell saw the same issues in the pre-WWII military.

Next up in Part 3, we look at leadership traits.

This first appeared in The Havok Journal on August 18, 2020. 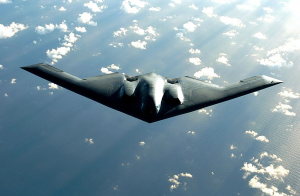 OVER THE PACIFIC OCEAN — A B-2 Spirit bomber soars during a deployment to Andersen Air Force Base, Guam. The bomber deployed as part of a rotation that has provided U.S. Pacific Command officials a continuous bomber presence in the Asia-Pacific region, enhancing regional security and the U.S. commitment to the Western Pacific. It is from the 509th Bomb Wing at Whiteman AFB, Mo. (U.S. Air Force photo by Master Sgt. Val Gempis) Source.