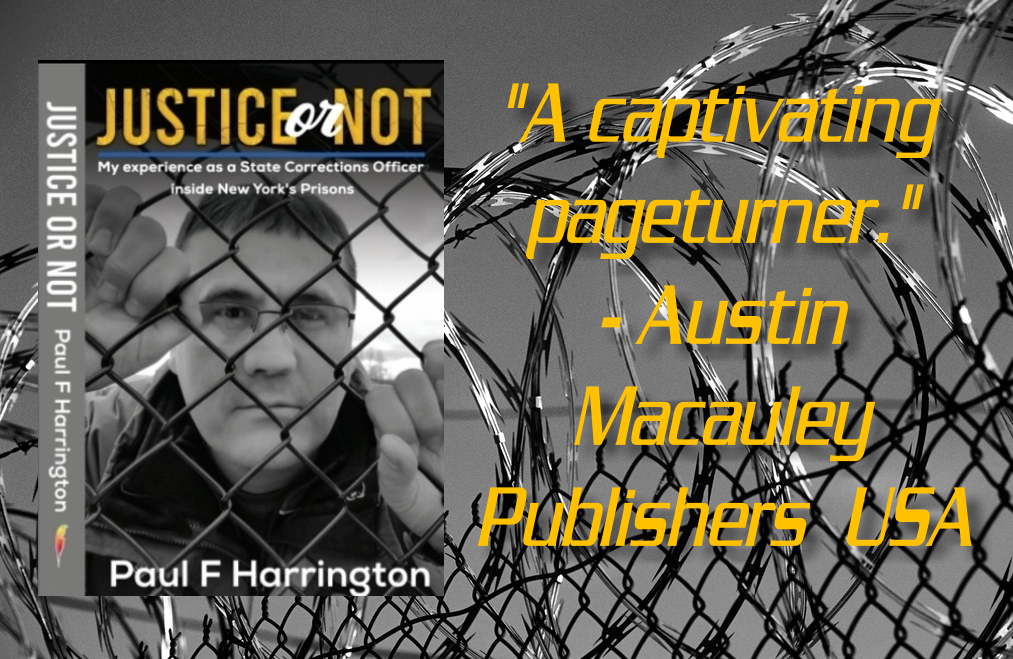 This update consists of the 3rd excerpt from my memoir. This one I take very personally, and I am sure there are a few out there who know of someone, or maybe themself, that can relate to the following story.

The 24th of October had arrived. I awoke with the usual routine, getting myself ready, slowly but surely, with all of the joint pain in the neck, shoulder, knees, as well as my lower back. Little did I know how bad this day was about to turn out. Just about time to get the kids off to school. As soon as their bus came, I took off heading south to Spring Valley to see Dr. Habif for my chiro appointment, and to Core Care Physical Therapy for my left shoulder treatment.

I had just got home from the appointments after lunch and spoke to Dean again, giving him updates and I had asked him as a reminder that our conversation details would remain confidential, with his position as an Employee Assistance Coordinator and all.

I had told him about the letters that I got in the mail. I was managing, but didn’t know what to expect with the bad news coming at me from the left and right. I had a few questions for an author named Ted; he had written the book Newjack: Guarding Sing Sing. I sent him a message on Facebook asking him for some advice as I had begun to prepare writing my manuscript. When I had met him, I took a photo with him at that book store in New Paltz.

It was back around the year 2000, and when he autographed it, had said, “Paul, be careful in there.” That was advice one could take with only five years or so on the job that I had on my seniority back then, but the long haul was yet ahead for the next 20 years. I knew he would soon get back to me. I tried his website but that was not up and running. I figured for sure everyone is on social media so that made it easy to find him.

So I get a call back from my lawyer at Jacob and Gubitz. She said there was nothing they could do with my case, there would be no monetary benefit at the end and the costs would not be worth going to trial. I explained to her that I needed immediate representation for this Improper Practice Charge, but she apologized and declined, ending the conversation.

I immediately called Father K, since it was him that referred me to them so I could update him on what transpired. I then called one of my lawyers, Warren, catching him at a bad time. Apparently, he was in a meeting but he had picked up his phone so I thought he would be able to talk briefly. “What’s wrong? Is this an emergency? I am busy right now and can’t talk.” I tried to explain to him the crisis I felt like I was about to have. Apparently, the cell service in some parts of my house breaks up, so it made for a hard time communicating, so I hung up.

Everyone has a breaking point, we are all human, but I was tired and I just couldn’t take it anymore. I had tried and tried but it all fell upon deaf ears. Here I am in a really bad situation caused by this department that I gave over two decades of service to. I caved in. Everything just poured out. Between the violence that affected me at that facility, the numerous inmate assaults inflicted on me, the homicide investigation, as well as the number of surgeries I had to have or already did, it was all finally catching up to me.

There was something happening that I could no longer deal with in my mind with this system, its cover-up, and corruption. At that moment, I had this tunnel vision and started making decisions without thinking of the outcome or the serious nature of the consequences. The kids were already home from school so I immediately sent them across the street to their friend’s house. I did not want them to be around at that time.

I did try to reach out without doing anything harmful at first. I had texted Mike next door, Father K, my wife, and Lt. Richards from work. Nobody except for Richards was immediately available to get over to my place. Richards got there in only moments, the far usual from my requests to have him over. He told me he was not sure what was going on so he came right over thinking we were just going to have a talk.

Security camera footage in my house shows some of my movement at that time. I went upstairs and grabbed my fully loaded and chambered 12-gauge shotgun. I took it outside onto my back deck, as I was going through the kitchen, I had dialed 911 and hung up. I was sitting on my back deck steps in my Corrections officer uniform with the gun in the upright position leaning up against the railing within reach, but I did not have it in my hands.

I was literally upset, hardly able to speak. Before I knew it, Richards came walking around the corner of the house looking surprised, not expecting the scenario unfolding in front of him. I motioned for him to keep his distance as he approached me.

He started asking me questions. “What’s wrong? Does this have to do with your case? Who are you dealing with?” I was able to get some answers out to him, but I needed to focus on what I was doing. I had no idea, that was the problem. I was in crisis. One does not think clearly when in such a situation. It seemed like about five minutes passed by. Richards had started making calls to his wife, my wife, and then his phone started to ring back.

“Yes, I’m here, I can’t talk now, bye,” he mentioned quickly into the phone. I heard my dogs starting to bark inside the house. I told Richards I think the police are here now. He took several steps backward, not turning his back on me to peek around the corner of my house. “Yes, they’re here,” he said, “wait here for a minute, Paul, stay where you are at.”

As he walked off, I thought to myself, “Where am I going to go?” What seemed like an eternity of his absence was only two minutes. I later found out he had to explain to a couple of new cops in front of my house that there was a situation involving me with a gun behind the house. They had originally responded to check on the 911 hang-up call, those usually being a false alarm or kids playing with the phone. Apparently, those two Newburgh Police officers’ eyes got really big and immediately one of them squabbled into the radio mic about the call being a gun-related incident.

When Richards came back around the corner of the back to see me again, the cops were not with him. I stood up and noticed that with the sunset casting shadows, I could see the shadows of two people coming up along the wall of the house of what looked like them crouched down moving slowly. I peeked over the deck rail and looked down upon those two officers on the ground. To both of our surprise, they had their eyes locked on mine, as big as baseballs as I stood over them. I backed off and said, “I’m done! I can’t go through with this,” and walked off the deck as the cops ran up onto the deck to secure the weapon.

I could hear sirens coming from all directions as the entire shift had been sent to the scene. Richards walked me over to our backyard fire pit and sat down with me. “Good job, Paul, you did the right thing, you made a good decision. We need to get you someone to talk to, get you checked out.”

More and more cops started pouring into the yard. I knew quite a few of them, and even the sergeant that eventually arrived as well. My wife had gotten home while this was going on, and Rich, my fire chief, had heard the radio communication on the scanner about the call at my residence. He came up to the scene to make sure everyone was ok.

My fearful wife came outside with cops, and our two dogs headed right for me to see what I was doing with all this activity in the yard. Once I spoke to a number of people there, I went inside my house and up to my bedroom on the second floor while escorted by the officers so I could get changed out of my state uniform into some comfortable clothes.

I came outside, there had to be about 7-8 police cars still there in from of my house, in my driveway, on the road. My neighbors outside in their yards had looked on with concern. I gave them a wave goodbye as we got in one of the cruisers. The sergeant had said that they were going to give me a courtesy ride over to Orange Regional Medical Center to speak to some specialists. There would be no need for an ambulance, and since there was no crime committed or any charges against me, I was able to walk freely without being handcuffed.

I went voluntarily to the “access” area of the ORMC emergency room. I had my wallet, cell phone, and badge/ID with me. In my mind, I began thinking about how I was walking into the hospital, not being rolled in, or even worse. I have experienced way too many officers and civilians committing suicides that worked at Fishkill, and those that committed it had shocked everyone, nobody had any idea.

Statistically, the Department of Corrections has one of the highest divorce and suicide rates amongst its rank and file. Upon arrival at ORMC, I walked into the registration area with the officers, and I got my wristband while we awaited security to come escort us into the unit.

“Is he being committed?” asked the security officer.

“No!” waving both arms to clarify, “NO, he is not,” said one of the town police officers I was with. “We are just giving him a courtesy ride here.”