HomeHumorGod! This Tastes Like a Night of Bad Decisions! 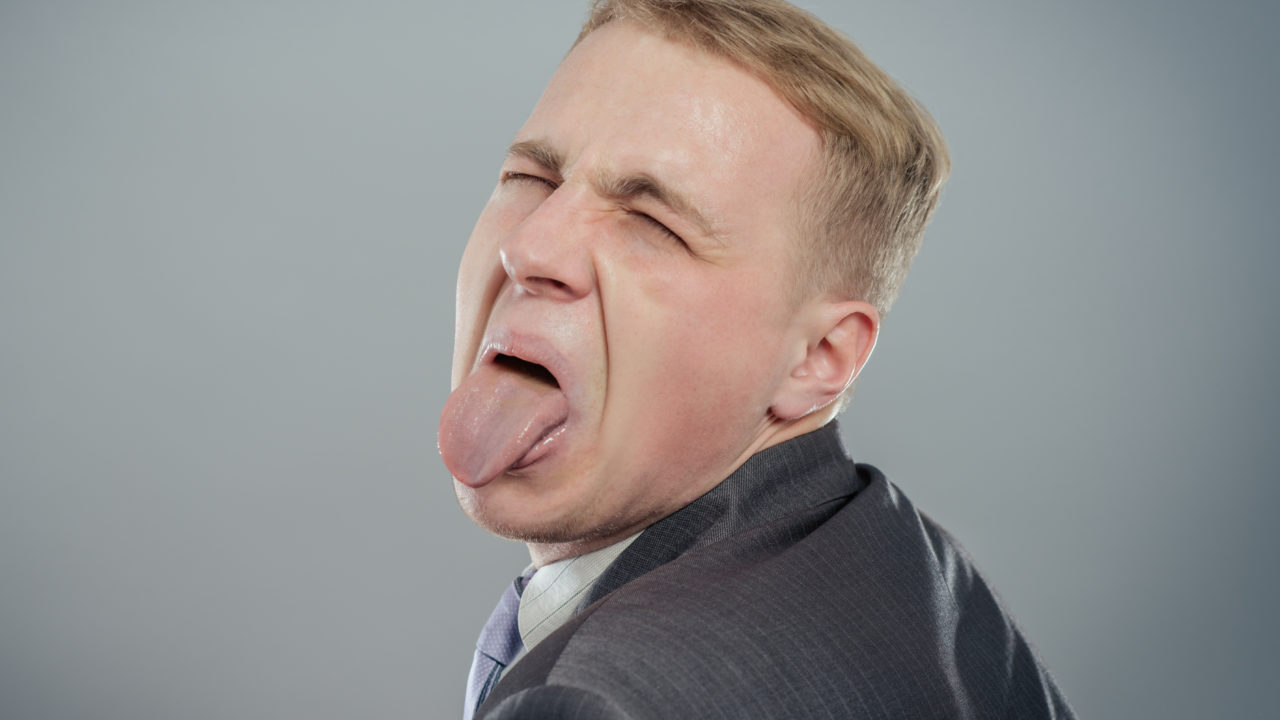 This first appeared in Frank’s blog on September 22, 2017, as “Smoothies.” It is republished here with the author’s permission.

This is nothing unusual.

We have a morning ritual. Actually, the process begins the previous evening. Karin owns a Nutribullet blender, solely designed to make healthy, nutritious smoothies. Karin regularly puts together the ingredients for such a smoothie and places the concoction into the refrigerator. When Stefan takes his shower in the morning, I dutifully blend the mixture with the Nutribullet and place half of the contents into a Mason jar for Stefan’s consumption. Another jar is for Karin. Then I sit back and watch.

Healthy food and delicious food are not always the same thing. Stefan has discovered this fact. Karin likes to mix things that perhaps would best be kept apart: strawberries and kale, ginger and bananas, peaches and spinach. Sometimes the end product tastes very good, but the texture is unpleasant. For instance, carrots give the drink a gritty feel. A gritty smoothie would seem to be an oxymoron. Stefan struggles to swallow any drink that is gritty or slimy. I do too.

Every morning Stefan picks up his jar and nervously smells the smoothie, like a dog sniffing roadkill. He walks over to the sink. He starts sipping the smoothie, hoping that he won’t need to suppress the gag reflex. Usually, he gets through the ordeal, and occasionally he finds the experience to be pleasant. Sometimes not. I find those instances to be entertaining.

One time, Stefan spat forcefully into the sink, and I asked him, “So, how was the smoothie?”

He replied, “You’ll have to ask the drain.”

On another morning the blended drink was kind of a funky, dark green color with a layer of burgundy red at the bottom of the Mason jar.

I told him as he sniffed the smoothie, “There is something that settled to the bottom of the glass.”

He looked at it narrowly and asked, “Eye of toad?” Then he said, “Or maybe ‘regret’?”

He drank most of the smoothie and shuddered. He poured out the remainder.

He rinsed out his mouth and said, “Definitely regret.”

Occasionally, he will ask rhetorically if I put in grass clippings from the front yard. I usually don’t do that.

Then it happened once that Stefan had a fiercely negative reaction to the drink, and he cried out, “God! This tastes like a night of bad decisions!” He did manage to finish the smoothie.

For a while, Karin was having Stefan rate the quality of the smoothies. “1” for “really good” to “5” for “God awful”. There weren’t many “1s”. I usually split the contents of the Nutribullet evenly into the two jars.

If Karin finds that her jar is extremely full, that means that Stefan sampled the smoothie and poured the remaining contents into Karin’s jar. Karin uses that information to determine whether she should use that particular recipe again.

Generally, Stefan drinks the smoothie. He’s either actually health-conscious, or he is a remarkably loyal son.