HomeHistoryA Happy Accident: The National Museum of the Pacific War 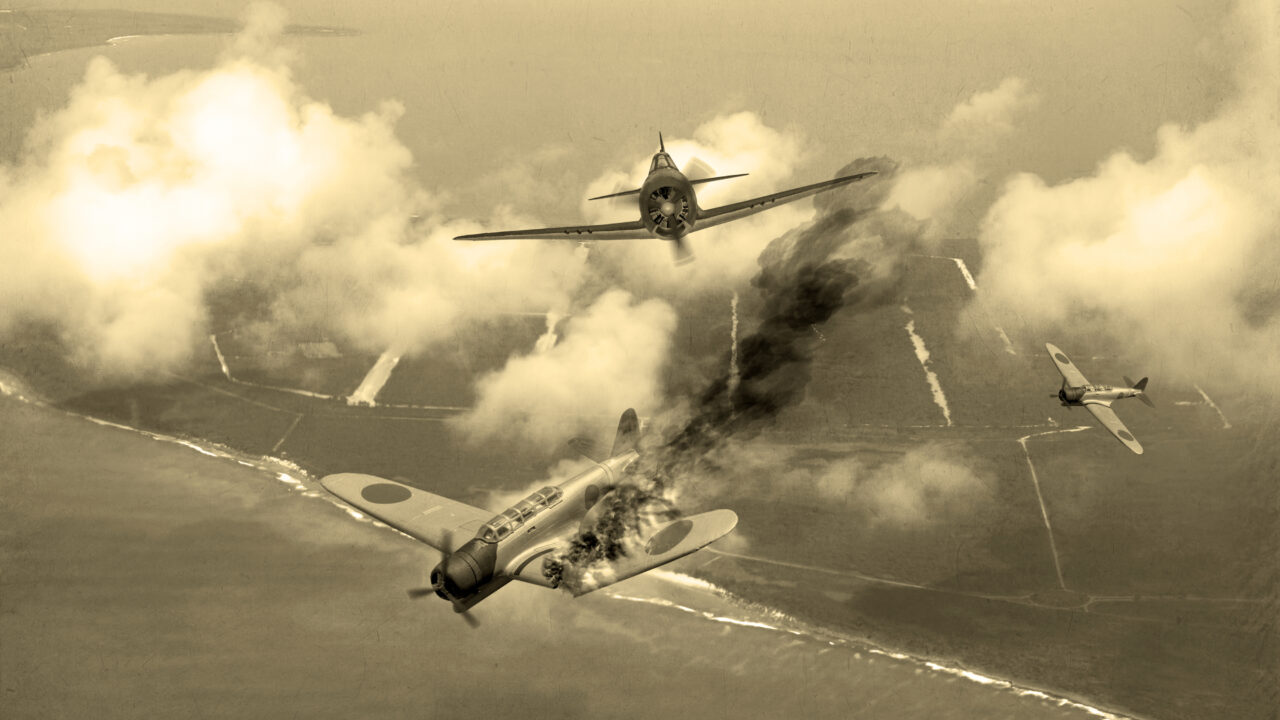 My friend and I were looking forward to the Band of Brothers 20th-anniversary symposium at the National World War II Museum when we received a disappointing, albeit unsurprising, email. The symposium, originally scheduled for January, was postponed until August due to COVID-19. Despite the postponement, we remained intent on a guys’ weekend away. “What about the WWII Pacific Museum?” he asked.

Despite knowing nothing about the museum, we committed to our new plan. We had no expectations when we began the six and half hour drive into central Texas on a rainy Friday morning. Whatever unconscious expectations we had were met, and then some.

Everyone should visit this moving memorial to the service members of World War II. It is a wealth of war artifacts, primary sources, exhibits, and oral history. It is truly unique and unlike anything, I had experienced as a soldier and history buff.

Why does a museum dedicated to the World War II Pacific Theater sit in the middle of central Texas? Fredericksburg, Texas is the birthplace of Fleet Admiral Chester Nimitz, commander of the Pacific Fleet during World War II, and Chief of Naval Operations from 1945-1947. Prior to his passing, locals wanted to establish a museum in his honor. Admiral Nimitz agreed, “under the condition that the museum would honor all of the men and women who fought during WWII in the Pacific Theater.” The result is an overwhelming memorial to the sacrifices of the allied combatants who fought from Pearl Harbor and Attu to India and the shores of Japan.

The National Museum of the Pacific War is five sites along the main downtown strip. The former family-owned Nimitz hotel, now the Admiral Nimitz Gallery, chronicles the life of the PACFLEET commander from his upbringing in nearby Kerrville to his retirement in southern California. Quiet, humble, and competent, he became an expert on submarines and diesel engines, founded the Naval Reserve Officer Training Corps, and wrote carrier employment doctrine. He also bore the physical scars of his own mistakes, missing a portion of his left ring finger due to an accident involving rings and machinery (listen to Master Sergeant Half-Mast, kids).

The pièce de résistance is the George H.W. Bush Gallery. That building alone could take a full day if you so chose. The exhibit begins with the rise of Imperial Japan, along with insights into post-Civil War America, and ends with the surrender treaties aboard the USS Missouri. I was drawn in by the hundreds of large artifacts within the complex, including the Japanese midget submarine captured at Pearl Harbor, a B-25 Mitchell bomber and F-8 Bearcat fighter, the first “smart” munition, and an atomic bomb casing on loan from New Mexico. The oral histories, personal documents, and videos complement the presentation boards and artifacts.

North through a wooden gate outside of the museum is the Japanese Garden of Peace,  established in May 1976 to “[symbolize] the complicated but firm friendship between the two countries.” Admiral Nimitz learned from and respected Japanese Admiral Tōgō Heihachirō after meeting the architect of the Japanese Navy during Nimitz’s first deployment aboard the battleship Ohio. Japan annihilated the Russian fleet at Tsushima Strait in 1905. The U.S. Navy, and Nimitz, paid attention to the skill of the Japanese Navy during the conflict.

The most overwhelming portion of the visit was the Memorial Courtyard, adjacent to the Plaza of Presidents. My friend and I spent 2 hours there, contemplating, reflecting, and fighting back tears as we read the bricks, plaques, and markers commemorating U.S. and allied nation sailors, marines, soldiers, coast guardsmen, ships, and military units who served in the Pacific theater.  Even President John F. Kennedy has a 5×7 plaque dedicated to him. There are thousands of plaques to read: Pearl Harbor attack survivors, prisoner of war survivors, ships and subs lost to the deep, brothers and sisters, even whole families who served during the war.

A short one-block walk from the museum is the Pacific Combat Zone, a living history open-air park that provides visitors with live re-enactments showcasing equipment, defensive positions, and fighting on island terrain. Two special exhibits house a full-size Grumman TBD Avenger, and a combat-tested PT boat. I was impressed by both the speed of improvements and production made to both platforms throughout the war…something that is lacking today. The exhibits also honor former Presidents who piloted the platforms: President John F. Kennedy of PT-109 fame, and President George H.W. Bush who bailed out of his Avenger after a strike on Chi Chi Jima.

Fredericksburg, Texas forms the western dot of a triangle if you draw westerly lines from Austin and San Antonio.  City dwellers who need a break from the concrete jungle will find themselves in rolling hills pockmarked with wineries. A local waiter explained the climate allows for grapevines to grow distinctive wines that rival Italian and French varieties. If you have traveling companions uninterested in history, they will have plenty to do walking along a quaint downtown with wides streets, sampling the multiple German restaurants, and enjoying the vino from the tasting rooms.

An entire day at the museum brought up memories of a photo that adorned my Dad’s office until the day he died. The official photo of his Uncle, a torpedoman’s mate who died alongside his shipmates aboard the USS Barbel on February 4, 1945. I thought of a family friend, long passed, who was twice awarded the Navy Cross for leading his Avenger torpedo bomber crews against Japanese destroyers and battleships without supporting fires. The comradeship, the sense of duty and respect to all who served and to all who bore the costs of war, is palpable.

So if you’re a service member stationed at one of the various military bases in Texas, Louisiana, or Oklahoma, or you are a history buff willing to travel to see something unique, or if you find yourself in Austin or San Antonio with time on your schedule, take a day trip to the National Museum of the Pacific War in Fredericksburg, Texas. It will be time well spent.