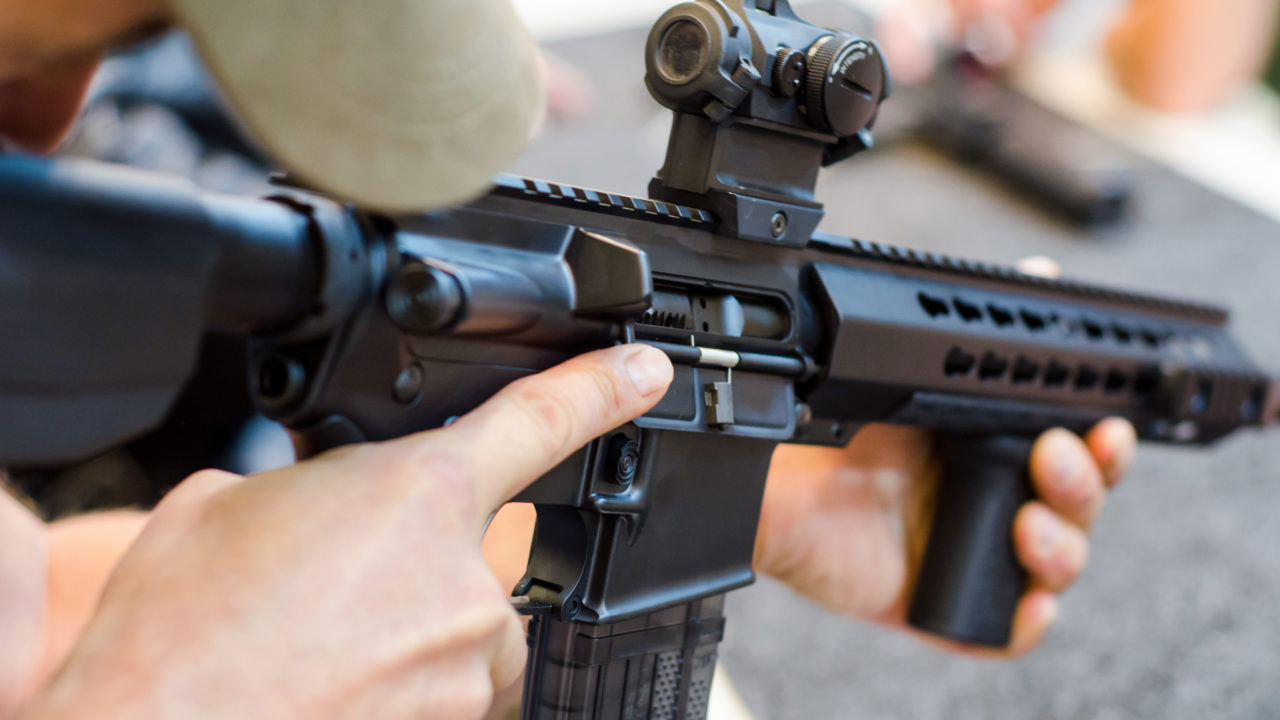 Trying to keep track of any one particular controversy in the 2A world is something akin to trying to keep track of a particular dollar bill at a strip club. There’s so many going in so many different directions, and they die and get replaced without anyone having a clear idea of just what the hell happened. All we know for sure is that shit happened, shit is actively happening as we speak, shit is going to keep happening, and the best thing you can do is buckle up and enjoy the ride.

The ATF, otherwise known as the ASPCA’s least favorite law enforcement agency, has been engaged in more or less constant shenanigans for the last six months or so. Between telling Q that their Honey Badger pistols weren’t really pistols, raiding Polymer80, floating the idea that they’re considering redefining what, exactly, a receiver is, and a whole bunch of crap that I can’t even keep track of, they’ve been kicking down doors and trampling all over the Constitution with a zeal that should give even the most ardent of Federalists cause for alarm.

Their latest stunt, however, has crossed the line from amusingly despotic to actively cause for concern.

It all started when a man in Florida had an idea. As is often the case in Florida, this idea raised some eyebrows. What he did was take a piece of sheet metal about the size of a business card and engrave a picture on it. You couldn’t punch the picture out or anything, it wasn’t designed to be manufactured into anything, it was just a picture. The ATF decided that this piece of metal with a picture on it was a machinegun, arrested him, and he’s now awaiting trial for selling unregistered machine guns.

See, the picture was of something called a Lightning Link. For the uninitiated, the Lightning Link was developed just before the 86 machinegun ban went into effect as a means of registering as many of the scary fast pew pews as possible before the registry was closed. All it is is a couple of stamped pieces of sheet metal that, when installed in certain types of Colt AR-15 lower receivers, allows them to operate in full auto.

The Lightning Link was a quick, cheap, and effective, three words that scare the bejeezus out of the anti-gun crowd. But, it’s illegal to make or possess unless you have the proper and properly expensive licensing. Fuck those poors, amirite?

The ATF reasoned that, since the Auto Keycard, as this picture on a piece of metal was called, could be turned into a Lightning Link, and since Lightning Links are classified as machineguns, then the Auto Keycard, by the transitive property, is a machinegun in and of itself. Never mind that any piece of sheet metal about the size of a credit card can be pressed into service if you’ve a Dremel and a spare afternoon. A picture of something that they deemed legal was arbitrarily declared contraband, and a man is now sitting in jail awaiting trial.

This is terrifying for several reasons.

First and foremost, it’s a blatant attack on the First Amendment. No, I did not get my numbers mixed up. The ATF is attacking the first one, the one at the top of the Bill of Rights, which reads as follows:

“Congress shall make no law respecting an establishment of religion, or prohibiting the free exercise thereof, or abridging the freedom of speech, or the press; or the right of the people peaceably to assemble, and to petition the Government for a redress of grievances.”

This idea has held up to judicial review time and time again in the modern era. The government was never meant to be able to regulate speech, for any reason. There are a few things that can get you in trouble, like directly communicating the threat of violence, but by and large, you can say whatever the hell you want and the government can’t touch you for it.

The same law that protects Twilight and 50 Shades of Grey protects the Bible and The Anarchist’s Cookbook. It protects Mein Kampf just as much as it protects Lord of the Rings. And, in theory, it should equally protect a picture of something that the puppy killers over that the ATF think you shouldn’t know about.

But that brings me to my second point: the ATF decided that this thing was illegal all on their own. A law enforcement agency should do just that: enforce. It’s not up to them to interpret the law, or, as is the case here, make it up as they go along. That is, to put it bluntly, wildly befuckled. As part of the Executive, they don’t get to simply assume the powers of the Judiciary or the Legislature as they see fit. This is a gross violation of the separation of powers in the name of seizing and abusing power, and none of us should be okay with it.

You can argue that the whole Auto Keycard thing is stupid. I’m inclined to agree with you. You can also argue that Spongebob Squarepants is stupid, and again, I’m with you. But, art doesn’t have to be intelligent. It doesn’t even have to be benevolent. Art can be stupid and mean-spirited and ugly, and it’s still art.

It’s not up to you or me to decide that something should be illegal just because it makes us uncomfortable. It’s not up to our parents, our pastors, or even our President. And it sure as shit ain’t up to the Bureau of Alcohol, Tobacco, and Fuckups.