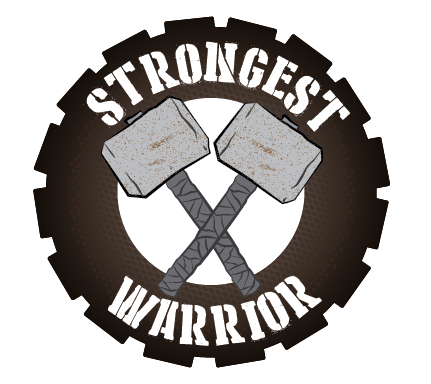 Mountain UP LLC is a military brand inspired by the power and lifestyle of the 10th Mountain from World War II to Modern Times.  This summer, on June 4th 2016 in Watertown, New York, Mountain UP (MU) will be sponsoring the fifth annual Strongest Warrior Competition “5 Years Strong.”  Recently, Ryan Hunt, CEO and Co-Founder of Mountain UP, sat down with Jeffrey Reynolds, founder of the Strongest Warrior Competition (SWC) to talk about this upcoming event and the future.

MU:  What is the Strongest Warrior Competition (SWC)? 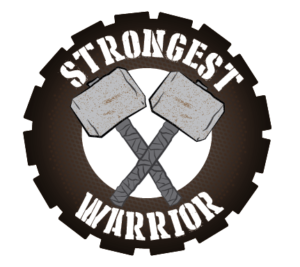 SWC:  The Strongest Warrior Competition is the first ever event of this type in the North Country and it is a non-sanctioned event that is open to both military and civilian competitors.   It consists of five separate athletic events, broken into gender divisions and separate weight classes.   This annual competition supports two great programs through The Fort Drum Chapter of The National Association of the 10th Mountain Division, Inc. We are proud to support this organization and the Soldiers of the 10th Mountain Division who have sacrificed so much for our country.

MU:  What makes the Strongest Warrior Competition a special event?

SWC:  This event is unique, as it is not only a competition of true strength and perseverance, but also creates camaraderie between the civilian and military communities while raising money for the Wounded Warrior Fund and the College Fund managed by the National Association of the 10th Mountain.  The National Association of the 10th Mountain Division gives a minimum of five $5000 scholarships each year to family members whose Soldier was Killed in Action (KIA), Wounded in Action (WIA), and/or to other family members of 10th Mountain Soldiers.

MU:  Jeff, you are really making a difference and I am really proud of Mountain UP’s small role in the SWC.  Tell us a little more about the Strongest Warrior Competition.

SWC:  Sure thing.  In a nutshell, the Strongest Warrior Competition is:

MU:  Who started the Strongest Warrior Competition?  How long has been running?

SWC:  The competition was introduced to Mike Plummer the President of the National Association of the 10th Mountain Divisions (FT Drum, Chapter), my son, Jeremy Reynolds, and I in 2011.  Mike wanted some ideas on how he could gain the interest of the younger 10TH Mountains to join the Association and highlight what the Association does for the Soldiers of FT Drum and the community alike.  2016 is going extremely special, as it is our 5th year of competing.

MU:  How much money has the SWC raised?

MU:  Jeff, this is really awesome and the driving force behind Mountain UP’s partnership with the Strongest Warrior Competition.  We love that the Strongest Warrior Competition is inspired by and for the veterans of the 10th Mountain; we love that it builds a true connection between Fort Drum and the surrounding community.  Why is the SWC important to you?

SWC:  It is important to me for several reason to include providing an exciting event for the competitors, spectators, and community while raising funds for the Fort Drum Chapter of the National Association of the 10th Mountain Division, Inc.

MU:  I am really excited about your guest speaker this year.  Who is he?

SWC:  Our guest speaker this year is Michael Schlitz, US Army SFC Retired.  In February of 2007, Schlitz and his platoon were in Southern Baghdad performing a basic road-clearing mission to identify Improvised Explosive Devices (IED’s) when two artillery shells attached to a propane tank exploded.  Though Schlitz was thrown from the vehicle and survived, the blast killed his driver, gunner, and medic.  Schlitz not only lost his platoon brothers that day, he also sustained burns on 85% of his body, lost the vision in his left eye and lost both of his hands.  In the years following that life-altering moment, Schlitz has personally committed to “live a better life for the friends he lost that day; a life they would be proud of.”  Schlitz has made it his mission to give back to Veteran Communities regularly by traveling the country for speaking engagements and Veteran events.  He also spends a great deal of time mentoring wounded and non-wounded veterans.

MU:  Our Company coined the expression “Mountain UP.”  Simply, “Mountain UP” means to live life to the fullest with a sense of adventure, generosity, and patriotism.  SFC Schlitz is the living embodiment of how you Mountain UP.  He is one of my heroes.

SWC:  I have known Schlitz for many years and I couldn’t agree more.

MU:  For civilians, veterans, and Soldiers interested in competing, how can we learn more and register for the event?

SWC:  For more information and to register, you can go to www.strongestwarriorcompetition.com.  The SWC will be held on JUNE 4, 2106 at Alex Duffy Fairgrounds in Watertown, New York.  Watertown is located adjacent to Fort Drum, the home of the 10th Mountain Division.

The SWC is a non-sanctioned event open to the public to compete.  Early registration will open in April, and will run through June 3, 2016.  Further, we take walk-on/late registrants are welcome. Every year we try to keep our event exciting and challenging and this year is no exception.  Our motto this year is “5 Years Strong.” Each event this year will be a tribute to an event from years past but made more challenging and extreme.  We will be introducing events that will continue to provide excitement for the spectators while challenging the competitors sheer will and strength.   The events include a 15,000lbs Tractor Pull, Sled Medley, Chain Crucifix Hold, Loaded Wheelbarrow (will weigh 750lbs), and Fingal’s Fingers.  Additionally, this year we will have a community Tug-Of-War.  We are inviting business to form a Team to compete for the title of “Strongest Business.”   As always, we will have a FREE Kids’ Competition that is truly not to miss.

MU:  Jeff, thank you for your time today and continue to Mountain UP, Brother!