HomeFitnessMaria Sharapova: Did she cheat, lie, or make an innocent mistake? More importantly, who cares? 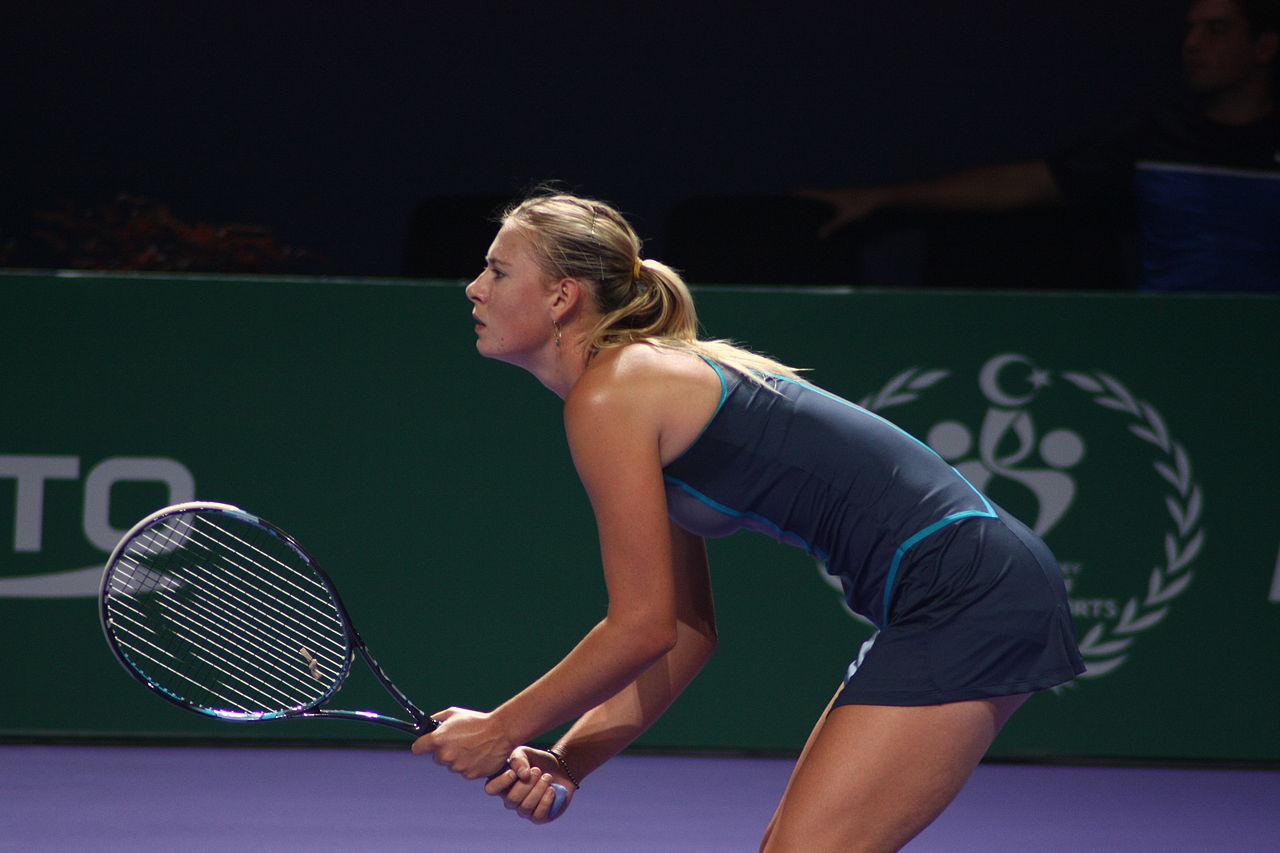 The 2017 United States Tennis Open has come and gone and many tennis fans have been left with a pretty bland taste in their mouth after the year’s final Grand Slam championship.

In one of the worst men’s draws in recent history we watched Rafael Nadal roll though the tournament without ever having a close match.  A simple synopsis – Rafa didn’t have to beat anybody good because there was nobody good in the draw.  Take it easy DelPo fans, I think he’s good too, but by the time he met Rafa in the semifinals, he was a weak shell of a man thanks to Thiem and the GOAT.  All Rafa had to do was weather the storm for one set and then tip him over.  To drive this point home about how poor the men’s tournament really was, semifinalist Pablo Carreno-Busta’s first four matches were against qualifiers!  Makes me want to quit my job and see if I can make the round of 16 at the Open next year.

The women’s side of the tournament was undoubtedly more captivating, especially with four American women making the final four.  It was truly amazing that Sloane Stephens broke through after entering August with a world ranking of 957 and being in a foot cast as late as this March!  Although, it was a completely listless final match with Madison Keys who played her worst match of the summer and was only able to muster 3 games.  Too bad there are no compelling stories in tennis that we can talk about, right Maria…

Without a doubt, the most gripping conversations during the US Open revolved around Maria Sharapova and that black lace, leathery outfit – no way that was comfortable!  I’m kidding of-course.  Once again, there was a tornado of controversy as to whether Sharapova, who some feel is the direct spawn of Lucifer, should have been given a wild card into the main draw after she was caught and punished by the International Tennis Federation (ITF) for using a banned substance.

For those of you not familiar with the history, here is a brief synopsis.  Sharapova was using the drug Meldonium since 2006 to combat documented health issues such as a magnesium deficiency, heart problems, and a family history of diabetes.  In January of 2016, the World Anti-Doping Agency (WADA) added Meldonium to the banned substance list as some athletes had clearly been using it for performance enhancing measures.  Prior to that date, it had been completely legal.  Sharapova tested positive for this drug in January of 2016 prior to the Australian Open and in June was given preliminarily banned from professional tennis for two years (backdated to January 2016 when she tested positive).  After an appeal by Sharapova, the Court of Arbitration for Sport (CAS) reduced the ban to 15 months citing Sharapova did not maliciously or intentionally disregarded the substance abuse policy.

Fast forward to April of 2017, Sharapova had ‘served her time’ and was once again eligible to play on the WTA tour.  However, with no ranking due to her multi- year lay-off, she was no longer qualified for direct entry into the main draw of any tour level tournaments.  Some tournaments decided to give her a wild card (like the US Open), whereas other tournaments (like the French Open and Wimbledon) took a hard stand and would not give her a free pass into the main draw.

Even the player community was split on how to react to this situation.  Some players, like Eugenie Bouchard, were vehemently opposed and outspoken about her getting wild cards into main draws and even thought the punishment should have been harsher (too bad Genie can’t put that much effort into her tennis game).  Other players thought she served her sentence and was more than welcome back on the tour, leaving it up to the tournaments if they wanted to give her a wild card.  In short, it doesn’t matter…

The last thing I want to do is debate the definition of cheating or hold a teenage ‘feelings’ gossip session about Maria Sharapova.  Some people will hate Maria Sharapova because they think she cheated, grunts way too loud on the court (and I mean, WAY too loud), wears ridiculous outfits, and makes self-absorbed statements during press conferences.  Others will continue to like (or maybe not hate) her because she is a fierce competitor, works really hard at her craft, and quite frankly is one of the more exciting players to watch on the WTA (for tennis, get your minds out of the gutter).  Players, fans, commentators and all other talking heads should strip away the personal emotion of this story and only concentrate on the facts which are: She tested positive for a banned substance, she was banned from professional tennis for 15 months in the prime of her career, and now her ban is complete which gives her the right to play professional tennis again.

So, what is the problem?  Why do we keep talking about this issue?!  Oh I see, because the US Open (and some other smaller tournaments) have immorally chosen to give Lucifer Sharapova direct entries into the main draw despite her ranking.  We can’t set the precedent in tennis that you can dope up and be treated like a star on the back-end of a suspension, right?  What will the youth of America think!

In the midst of this controversy, I heard people say things like “Sharapova is such a cheater and I just hate her!”  First off, if anyone should hate this situation, it is Simona Halep.  Not to get off track here, but brutal draw for the world number two ranked player who had a chance to take over the world number one spot in this tournament.  Can you imagine pulling up your draw ahead of the tournament and seeing Sharapova as your first round opponent?  Halep was a career 0 and 6 against her AND on record as being against players getting wild cards in to tournaments after suspensions.  I realize that wild cards are placed at random in the draw, but come on US Open, be better…

Secondly, ‘hate’ towards Maria herself is probably a little heavy don’t you think?  Sharapova is never going to team up with Sara McLaughlin and start raising money for abused animals or join Roger Federer to build a school in an under privileged country in Africa, but hate?  Seriously, let’s get some perspective here.  Even if you truly do have hate in your heart, it should not be directed at Sharapova.  As near as anyone can tell, she did not beg for wild cards into any of these tournaments.  She was granted them by the tournament administration and decision makers because they felt she is a good draw for their event.  In short, they saw it as a good business move to make sure she was included.  No moral or political message – straight business.

Hmm, this sounds familiar to another sport that is completely driven by stacks of cash.  Football players for years have allegedly or actually doped, murdered, raped, abused, (insert other heinous actions or crimes here), and have been found on the field the very next week!  In some cases, we have completely forgotten that notable players were even convicted of certain crimes because they scored us 30+ points week over week in our fantasy league.

We need to get over this story and lighten up on Maria.  I have no problem if you continue to hate her – please, hate away.  However, hate her because you can’t stand her character, or you despise the way she walks, or you can’t get past the grunting (oh, that grunting…).  Don’t hate her because she was allowed to play in a tournament and did well.  In that situation, hate the US Open.  Hate business people who are trying to make a profit.  Hate greed.

Something to consider – I wonder what people will think when Serena returns to the professional ranks after she has her baby.  I’m not sure how the rankings will fall when she returns (she is projected to be around 22 if she starts playing in January of 2018 at the Australian Open), but let’s say she doesn’t have a good enough ranking (or one at all), what then?  Will she get wild cards into the main draw of tournaments?  We all know the answer to that question.  I know, procreation is much different and should be treated differently than a player who is coming off a drug suspension.  Or should they?  Should this be a subjective or objective decision?  Maybe a conversation for another article…

Although not my favorite player on the WTA, I hope Maria continues to play, and if she does, this won’t be an issue much longer.  She’ll be top ten in the world again before we can blink, black lace and all…